Robo-Butchers Could Soon Cut Your Steak 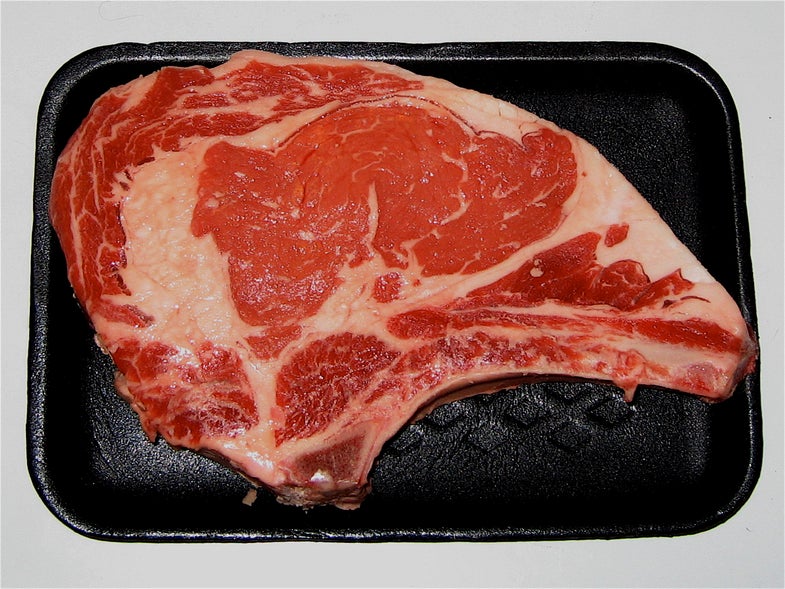 Robots have taken over lots of dangerous, repetitive jobs that used to be done by humans, such as putting together cars or sorting packages. But for the most part, they haven’t replaced butchers, many thousands of which staff beef-packing plants all over the world. That may soon change, however—in November, JBS, the Brazilian company that is the world’s largest producer of meat, bought a majority share of Scott Technology, a New Zealand company that specializes in industrial robots. The collaboration might make beef-chopping robots feasible, as NPR reports. That would provide respite for workers in dangerous jobs and might eventually save the companies money in the process.

Though robots have taken over butchering most of the billions of chickens processed in factories every year, the same hasn’t happened for beef. Butchering cows requires fine-motor skills that robots simply don’t yet have. No two cows are alike, so butchers have to feel the carcass to divvy up the proper cuts of meat. Cutting into the bone can lead to the spread of disease, like Mad Cow; cutting too far from it leaves meat behind, costing the company money. The butchering robots already developed rely upon vision, usually in the form of 3D scans. But without a sense of touch, JBS representatives tell NPR, those robots aren’t equipped for beef.

Neither JBS nor Scott Technology has disclosed just how they will make a beef-cutting robot, but presumably it would have some way for the robot to feel or image the different consistencies of bone, tendon, and muscle on the animal.

Some workers and economically minded people might be upset about the continuous wave of automation that is changing many industries, but it’s better for workers to turn over jobs in meatpacking plants to robots. The meatpacking industry puts workers at serious risk, as it has for centuries; workers experience “exposure to high noise levels, dangerous equipment, slippery floors, musculoskeletal disorders, and hazardous chemicals (including ammonia that is used as a refrigerant),” according to the U.S. Department of Labor. Human Rights Watch notes that workers often receive, “cuts, amputations, skin disease, permanent arm and shoulder damage, and even death from the force of repeated hard cutting motions,” with little to no compensation for their injuries.

For now, workers are still better beef butchers than robots, and they’re less expensive for companies to employ. That doesn’t look like it will change in the immediate future. But as robotic technology advances, the shift towards robotic butchers may not be far behind.