The Robot Companion You’ll Want To Hang With 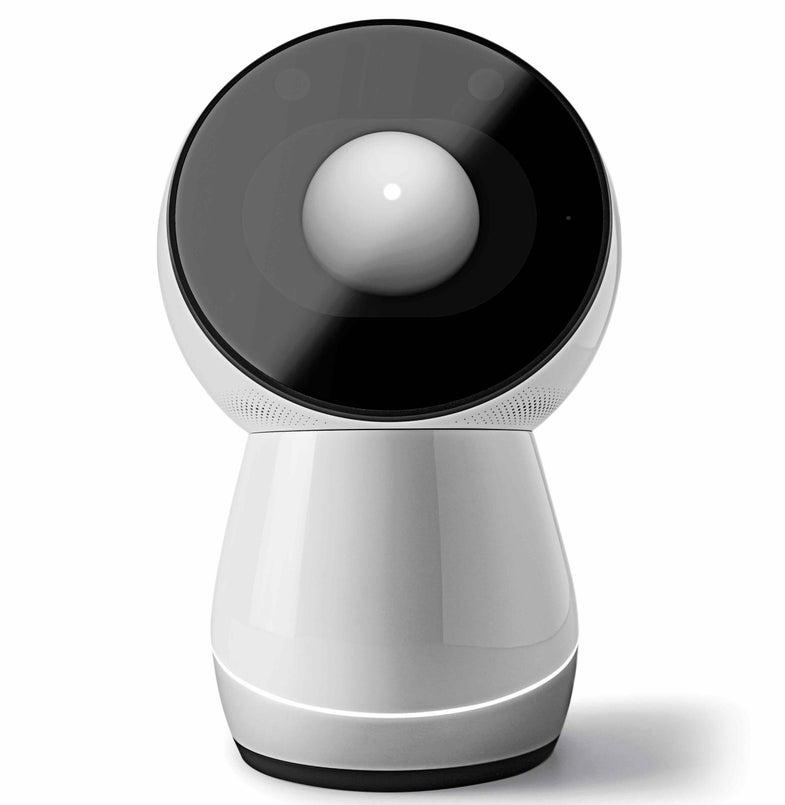 As a child, Cynthia Breazeal loved R2-D2 and C-3PO from Star Wars. They were not only functional, as we expect robots to be, but they also radiated personality. Decades later, as an expert in social robotics at MIT, Breazeal decided to infuse a real-life robotic assistant with the same endearing charm. With help from her co-inventors Jonathan Ross, Fardad Faridi, Andy Atkins, Rich Sadowsky, and Todd Pack, she co-founded a company, launched an Indiegogo campaign, and today, Jibo is ready to engage its owners.

Most smart machines, such as phones, distract people from one another. “We all know this image of the dinner table where everybody’s staring at their devices,” Breazeal says. Not so with Jibo. “He really feels like he’s part of the family,” she says.

Like any good assistant, Jibo takes calls and gives alerts. The 7.6-pound, nearly foot-high robot can recognize faces and autonomously learn individual preferences. He can even recite a favorite bedtime story or snap photos on demand. Those who shelled out an extra $100 during the initial crowdfunding campaign will get a developers’ version of Jibo (standard home versions were offered for $499), so they can continually add to his repertoire after he ships to backers this summer.

Breazeal says that Jibo is a significant step forward from other home AIs, such as the Amazon Echo with its Alexa persona. “Alexa has validated that there’s a huge opportunity for innovating the experience of technology in the home,” she says. “But I forget she’s there half the time. Jibo brings that sense of high-touch engagement and personal attention.”