Jibo Creator Cynthia Breazeal Is Building A Robot For Every Home 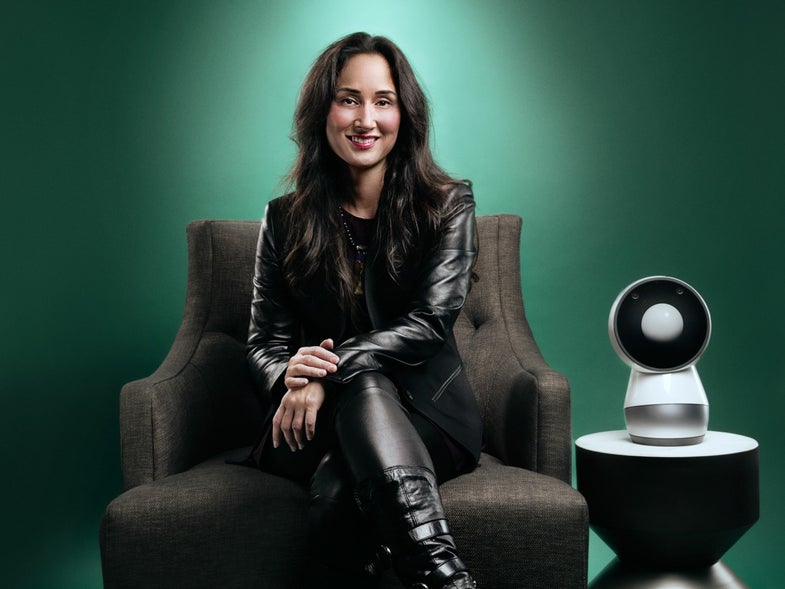 When NASA’s Sojourner rover landed on Mars in 1997, Cynthia Breazeal remembers thinking, “We can send robots to space, but we still don’t have ones that can ‘live’ beside us.” What’s up with that? She set out to find the answer, and in the process, pioneered the field of social robotics. This spring, Breazeal will begin shipping Jibo, the world’s first companion bot for the home, and the pinnacle of her 18-year endeavor. Breazeal recently spoke to Popular Science about how robots will become family members, guarding the home, and reading us bedtime stories.

How did you get into robotics?

The first time I really became aware of robots was when I saw Star Wars. I was 10 years old, and I was in the theater. Seeing R2-D2 and C-3PO—that was really the moment. I just fell in love with them.

It seems like we should have seen a companion robot by now.

Until recently, roboticists haven’t been focused on building robots for nontechnical people. It’s almost like when the computer industry was building really big, expensive computers that only experts could use. Eventually, people started thinking about putting a computer in every home so anyone could use it. It’s the same challenge, building a robot everyone can operate.

How do you begin to solve that problem?

How is Jibo different from other robots?

The robotic products today are designed to do only one thing. For example, when you buy a Roomba, it’s a vacuum, and that’s all it does. We’ve positioned Jibo as a versatile companion, one that offers utility with the warmth of a meaningful interaction.

What exactly can it do?

Why is this possible only now?

Because of mobile devices: Processor speeds, networking speeds, battery life, display technology, sensing technology—all of these things continue to increase in capability while prices decrease. With that, things like speech recognition, cloud computing, and machine learning have been maturing as well. These are all part of building a sophisticated social robot.

Jibo is a community experience. Jibo can look at me and talk to me, and look at my kids and talk to my kids. We can use Jibo together. We don’t have to feel like there’s something competing for our focused attention the way a phone screen does. We can have a group dynamic, and you still are engaged with the people around you. You’re not pushing people away, the way that our current devices do. It’s a very different experience.

Do you see a Jibo in every home?

Yeah, of course that’s the goal. In the same way that, back in the day, the goal of every PC business was to put a computer on every desk, our goal is to put a social robot in every home. And I think the way that our smartphones and laptops are already ubiquitous, social robots are going to be ubiquitous soon.

This article was originally published in the January/February 2016 issue of Popular Science, under the title “Designing The Robot Next Door.”