Powerful X-ray images are showing for the first time what happens inside a working battery as it discharges power, and... 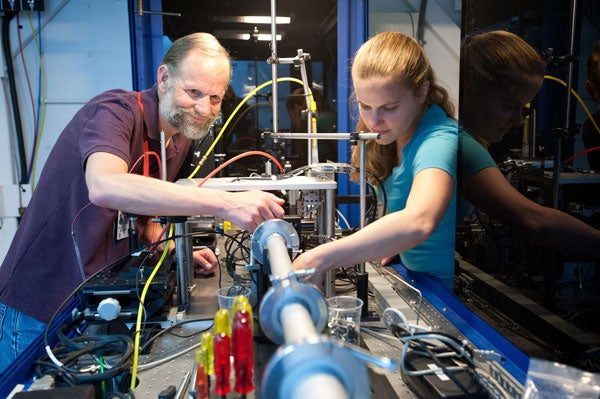 Powerful X-ray images are showing for the first time what happens inside a working battery as it discharges power, and it could lead to improvements for a new type of battery that promises better storage capacity at a lower cost.

Electric cars and other technologies use lithium-ion batteries, which are useful in part because of their high energy density. Cheaper lithium-sulfur batteries could have even higher densities, but they stop working after only a few charge-discharge cycles. Researchers at the SLAC National Accelerator Laboratory are watching them work to determine how they could be improved.

SLAC postdoc Johanna Nelson used X-ray diffraction and transmission X-ray microscopy to capture nanoscale images of the battery’s components, a lithium anode and a sulfur-carbon cathode surrounded by an electrolyte. They captured images of sulfur particles before, during and after battery discharge, and found some unexpected results.

Previous research on these types of batteries showed the sulfur and lithium form certain compounds when they react, trapping the sulfur permanently in new compounds. Formation of these compounds, called polysulfides, can kill a battery in just 10 charge-discharge cycles — not nearly good enough for almost any tech, let alone something like an electric car. But this new research shows it may not be as bad as expected. Very few of these polysulfides actually went into the electrolyte, far less than other research had shown. This means it might not be too difficult to trap them at the cathode, preventing any from leaking into the electrolyte and harming the battery.

“If [scientists] really want to know what’s going on inside the battery, they can’t just use standard analysis. They need a technology that tells the whole story,” Nelson tells Stanford News.

The research appears in the Journal of the American Chemical Society.