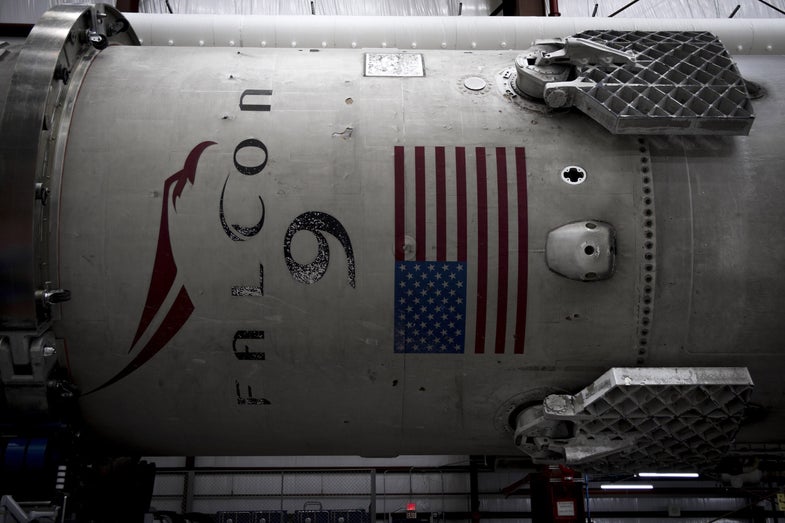 On December 21, a SpaceX rocket carried 11 satellites into space and then returned to Earth for a soft landing. It was a big deal, because recovering the rocket booster (as opposed to dumping it into the ocean) sets the company up to reuse it, and that could shave millions of dollars off the cost of launching into space.

But an important question remains: is the recovered booster in good enough shape to fly again? If it needs a lot of repairing, that would reduce the savings. On Friday, a test fire at SpaceX’s Cape Caveral launchpad revealed a preliminary answer.

“That booster is in great shape,” Hans Koenigsmann, SpaceX vice president of mission assurance, said at a press conference. “We inspected it. We found nothing out of order.”

Hard-driving SpaceX CEO Elon Musk doesn’t seem to have been quite so satisfied:

The company hasn’t said much else about the tests, but they’re still doing detailed studies.

The booster from December 21 probably won’t fly again—the company wants to put it on display instead. But SpaceX plans to launch and land another booster on January 17. If all goes well, they’ll have another recovered rocket to study, and perhaps even re-launch.