Ain’t No Cure For The Winter Time Blues…Or Is There? 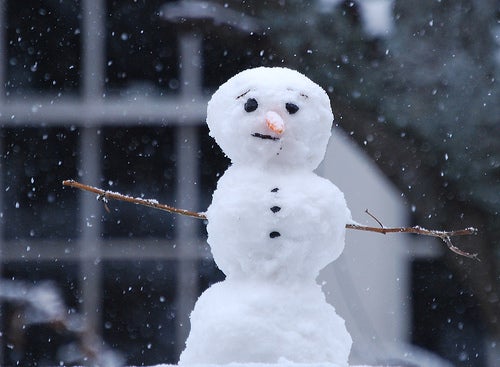 Stop apologizing for those downward mood swings you are experiencing as the days get shorter—it’s not you, it’s your serotonin abandoning you for the winter. For the first time, scientists have discovered a difference in serotonin transporter levels in the brain in fall/winter versus spring/summer, opening the door towards a better understanding of seasonal affective disorder (SAD), the relationship between a person’s exposure to light and his mood, and people’s general mood changes from season to season.

As the name suggests, serotonin transporter removes serotonin from the brain. Serotonin itself is what regulates physical and emotional functions like eating, energy levels, and mood. During the winter, subjects had higher levels of serotonin transporter in the brain than they did during the summer. When tested, not just one but all investigated areas of the brain followed this same trend. All subjects were healthy human beings, so whether you are a marathoner or a couch potato, you can expect your serotonin to hibernate for the winter, at least to some degree. Professional ice fishermen may disagree, and further tests may need to be conducted on Minnesotans, who live in one of the coldest climates in North America, yet manage to stay so darn nice.

The molecular explanation to why these physical and emotional functions vary with seasonal changes has always been unknown, but the positron emission tomography (PET) technology used in this study was precise enough to detect correlations between dropping serotonin levels and amount of daily sun light. The study was conducted by Dr. Jeffrey Meyer and colleagues at the Centre for Addiction and Mental Health (CAMH) at the University of Toronto in Canada, the country’s largest mental health and addiction teaching hospital, and the place where PET technology was invented.

The discovery of this correlation helps explain why more people experience major depressive episodes in the fall and winter than in the spring and summer. Major depressive disorder is the fourth leading cause of death and disability, according to the World Health Organization, and the goal of this research is to eventually prevent the illness itself. If researchers can label which specifics in certain environments raise or lower serotonin transporter levels, then they can suggest an ideal environment for people susceptible to seasonal depression, and hopefully prevent its onset all together.

While there is no cure for the winter time blues yet, linking it to serotonin transporter levels is an important first step towards finding a panacea. With further research, scientists seek to understand what causes this change and how to interfere with it. Unfortunately for now, you’ll have to camp out under a solar lamp and wait for spring.