If you used all that space to store MP3s, it would take you 2,000 years to play it all 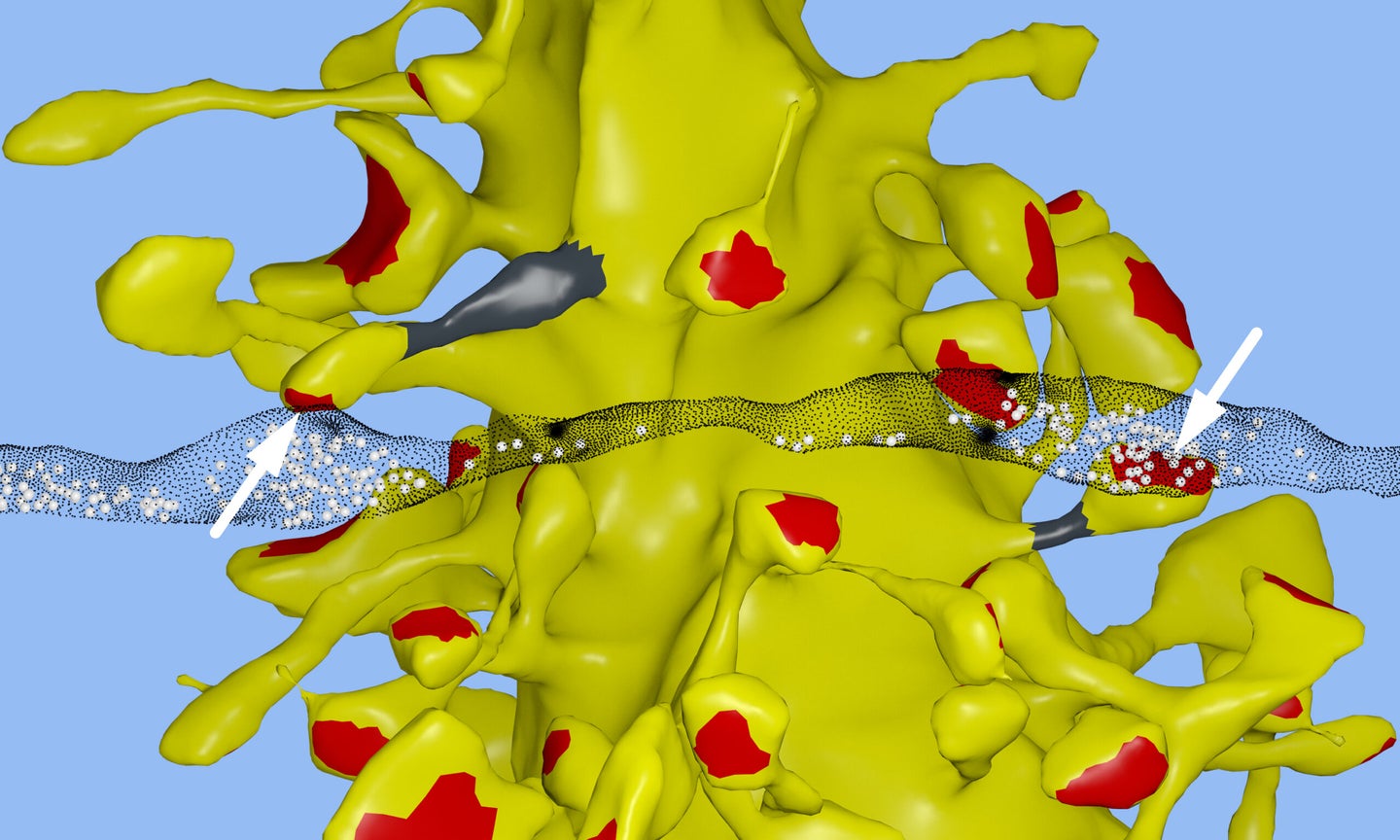 Like computers, our brains have an impressive capacity to store memories. Scientists have long known that the brain stores memories as patterns of electrical pulses that move through and between neurons. But they were never able to quantify just how much information it could store. Now researchers from the Salk Institute have used models of rat neurons to give a new estimate for the storage capacity of the human brain—one petabyte, 10 times larger than previous estimates. The researchers published their work in the journal eLife.

Researchers know that synapses, the spaces between neurons through which information flows from one neuron to the next, are important for memory and most other neurological functions. But scientists still don’t understand much of how they work, including how their size affects how information is transmitted or stored in the brain.

In this study, the researchers made a highly detailed digital reconstruction of the brain tissue found in a rat’s hippocampus, a region of the brain known to play an integral role in long-term memory. At the smallest scale, the researchers were surprised to find that about 10 percent of neurons had two synapses connecting them to other neurons (the remaining 90 percent had just one synapse). And though the sizes of these synapses only varied by about 8 percent, the researchers determined that there were 26 different sizes of synapses throughout the hippocampus. That means that, in computer terms, each synapse could store an average of 4.7 bits; spread throughout the brain, that would be about 1 petabyte, the equivalent of 1,000 terabytes or 1,000,000,000,000,000 bytes, according to a press release.

There are a few reasons to be skeptical of that number, however. Though rats’ brains are surprisingly similar to human brains, they aren’t exactly the same, and the size of the synapses could vary between species, or individuals, or even parts of the brain. One neuroscientist told the San Diego Union Tribune that, based on this new finding, the brain might be able to hold even more information than the researchers estimated, on the order of three to five petabytes.

The researchers have a lot more questions about how the brain uses this amazing storage capacity, since signals are effectively transmitted between synapses only 10 to 20 percent of the time. They plan to address these questions in future research, which might help computer scientists find more efficient ways to organize computers with the capacity for deep learning or a huge amount of memory storage.