In a boon for pain research, American and Italian scientists say they have found a new drug that allows a... 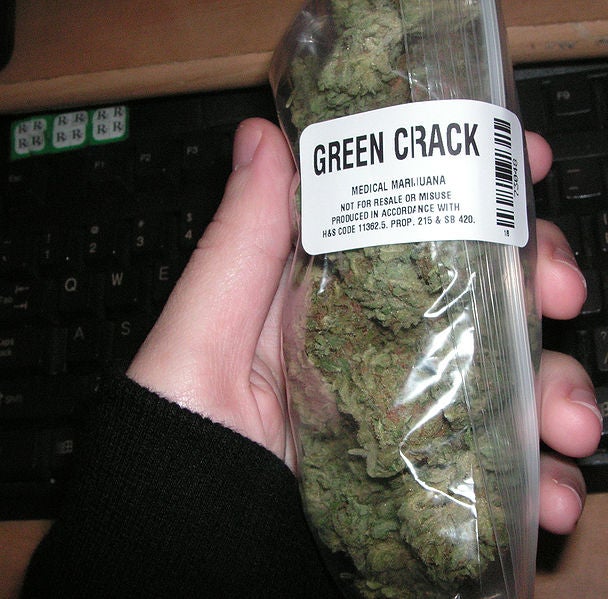 In a boon for pain research, American and Italian scientists say they have found a new drug that allows a marijuana-like substance to control pain at a specific site in the body. Their study suggests cannabinoid compounds could be used in new pain medications that are non-addictive and non-sedative, unlike opiates.

The drug works by blocking an enzyme that degrades a compound called anandamide, whose name comes from the Sanskrit word for “bliss.” Anandamide exists naturally in humans and is chemically similar to THC, the active ingredient in marijuana. It was thought to work only in the brain, but with the new drug, URB937, anandamide works in peripheral tissues, too.

Led by Daniele Piomelli, director of the Center for Drug Discovery at the University of California-Irvine, teams from the Italian universities of Urbino and Parma gave the URB937 drug to rats and mice. It suppresses an enzyme called FAAH, which boosts the amount of anandamide. It doesn’t cross the blood-brain barrier, but it still does lessen pain at the site of an injury, the researchers say.

Anandamide is part of the endocannabinoid system, which is involved in modulating appetite, pain, mood and memory. (The name is derived from the system’s involvement in responding to THC.) Blocking FAAH can have the same pain-mitigation effects without generating a marijuana high, according to a UC-Irvine news release.

Only a handful of states allow marijuana to be used for medicinal purposes, one of which is modulating pain. So a drug that enhances the body’s natural cannabinoid compounds could be helpful for millions of patients.

Or they could just move to Denver.