Call it a new form of rapture of the deep. Chemicals from sea snail saliva can be made into pain... 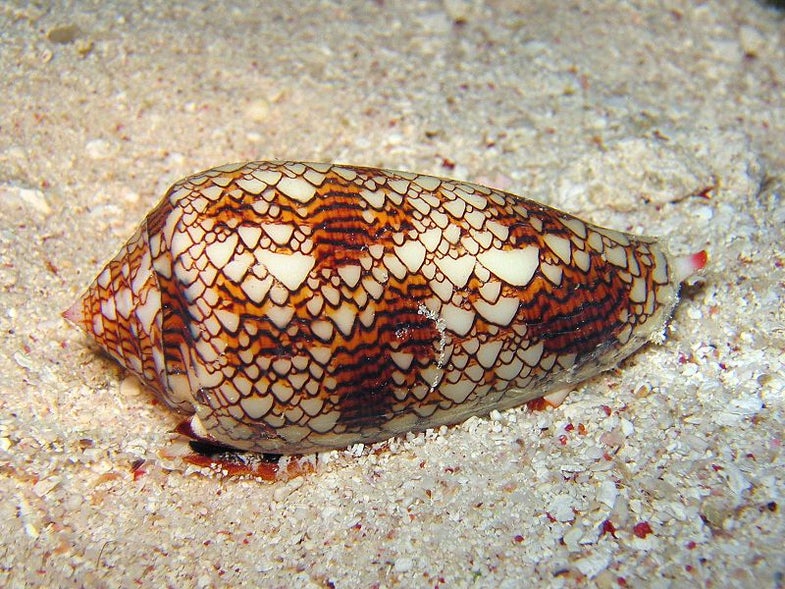 Call it a new form of rapture of the deep. Chemicals from sea snail saliva can be made into pain pills that work as well as morphine, but without the risk of addiction, a new study says.

Researchers have already used the saliva of marine cone snails as a potent painkiller, but it has to be injected into the spinal cord with a special implanted pump, which limits its use. Researchers led by David J. Craik of the Institute for Molecular Bioscience at the University of Queensland in Australia figured out how to make the peptide orally active, so patients could simply pop snail-saliva pills.

Snails’ saliva contains conotoxins, which are peptide toxins that interrupt various biological functions. Snails inject it into their prey using needle-like teeth that shoot from their mouths like harpoons, according to a report on the findings by the American Chemical Society.

Although peptides can be very potent drugs, they’re difficult to use as pharmaceuticals because they are unstable and not typically available orally. But Craik’s group found that “cyclizing” larger peptides — basically tying them into loops — can make them functional in pill form.

The research is reported in the journal Angewandte Chemie International Edition, published by the German Chemical Society.

Craik’s team used a string of six amino acids to tie the peptide together, because the amino acids don’t interfere with the peptide’s function. When the team tested it in rats, they found even a tiny dose was as potent as gabapentin, the most popular drug for neuropathic pain.

Craik has worked on naturally occurring cyclized peptides, which he calls cyclotides, since the 1990s, ACS says. They exist in several examples in nature, but the cyclized snail saliva peptide marks a new step in bioengineering drugs.

The next step is to start testing the use of saliva pills as a drug, Craik says.