You have to disentangle the pain relief effects from the euphoric ones. 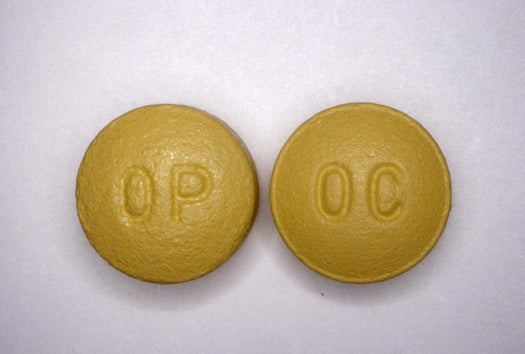 Can you make prescription painkillers addiction-proof? Popular Science asked this question one year ago. At the time, researchers had just gathered enough evidence that a new formulation of OxyContin, released without fanfare in 2010, discouraged addicts from abusing the medicine.

One year on, I was excited to see an update to efforts to make un-abuse-able painkillers in the latest issue of the online magazine Nautilus. Some newer strategies Nautilus reports on include targeting different nerve receptors specifically to relieve pain without providing euphoria—the high that abusers initially seek.

For hundreds of years, people have been trying to figure out how to get pain relief without the high from opioids such as OxyContin and its chemical cousins, including Vicodin, Percocet, morphine and heroin, which was originally created as a painkiller. This is such a difficult problem that when I talked with Alexander Kraus, the vice president for product development at the drug company Grünenthal USA, one year ago, he didn’t think it could be done completely. (Maybe it still can’t.) At the time, Kraus told me he thought the risk for addiction with opioid painkillers was “something we have to accept,” like the risk for accidents with cars. So it is a cool thing that researchers are finding ways to get the best of both worlds here.

Just as I found, however, Nautilus reports that solving opioid addiction isn’t about fiddling around with drug chemistry. At best, “addition-proof” formulas shift the blame for drug addiction away from pharmaceutical companies and maybe work a little bit to reduce abuse overall. Maybe. Mostly, however, addicts stop abusing addiction-proof opioid pharmaceuticals only to start abusing heroin and similar drugs.

The Nautilus article argues effectively for what services are needed to stop addiction before it starts. It describes the factors that predispose people to addiction. And it covers a quick history of science’s efforts to cook up addiction-proof opioids in labs: