Was The First Virtual Reality Presidential Debate A Success?

And what went into it to making it happen? 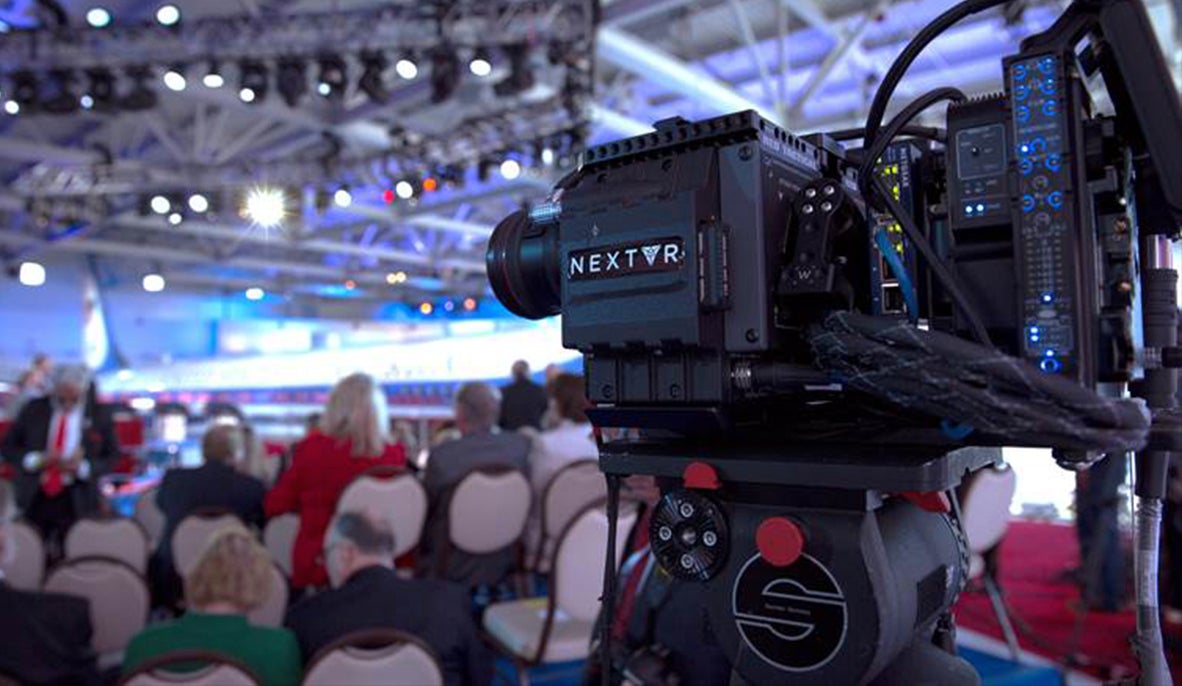 Last night was the first debate for the 2016 Democratic presidential candidates, but it was also the first presidential debate in history that could be viewed in virtual reality. CNN teamed up with software company NextVR to broadcast the event live in a 360-degree virtual reality video accessible only to users of Samsung’s Gear VR headset, which is available now for $100 on the Samsung Store, and requires a Samsung Galaxy Note 4 smartphone as the viewer.

While it sounds great in theory to be standing on stage with the presidential hopefuls, several problems arose, the first of which is the weight of the Gear headset itself and the heat it produced.

Some found the experience was isolating; they missed the interactivity that comes with a dual-screen set up (watching the debate on one screen while following along on social media on another, usually a phone or computer).

Yet another issue is the lack of resolution in these set-ups. Mashable‘s Jason Abbruzzese‘s said it felt like “I’m sitting close but am also quite nearsighted and not wearing my glasses.”

First time VR users did enjoy watching though, and the experience will improve as the technology becomes more widely used.

The night even spawned a new celebrity – the Debate Wizard, and even he got in on the virtual action.

So how did NextVR actually set up the debate to be streamed? Believe it or not, it’s actually quite simple.

Four VR cameras were set up around the room – one in the back of the auditorium, one on each side of the stage, and one behind the candidates.

Each camera also has a set of binaural microphones meant to imitate how a human would hear the experience. The data collected is sent to and managed by NextVR staff, who set up their own control room at the venue.

Viewers could then control where they were looking (though not which camera they were viewing from) using their phone, the NextVR app and the Samsung Gear VR headset.

NextVR co-founder DJ Roller told the Independent Journal that VR broadcasting will become standard for news events of the future. Whether that’s true is still yet to be seen, but this was a certainly a good first step towards virtual reality journalism.