Museum air can make you feel better. Here’s how to get it at home.

What’s good for art may also be good for you. 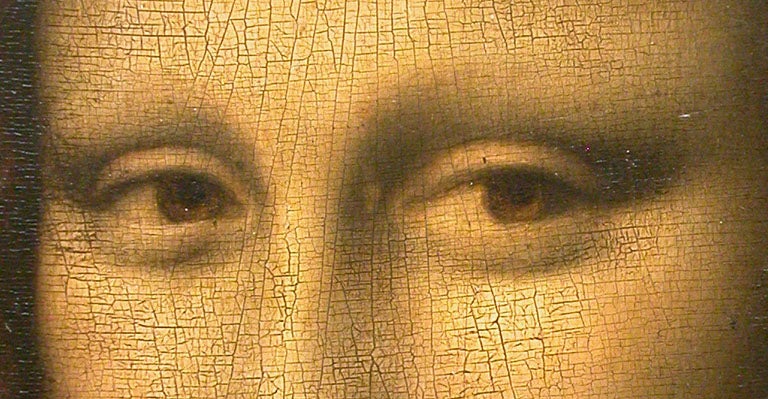 On a record-cold day this January, the line for the coat check at the Metropolitan Museum of Art snaked around the grand entryway, past ancient statues and freshly-made bouquets. Outside, it was 5 degrees Fahrenheit and the walk from the train had left my skin as stiff as a Madame Tussauds wax figure. But inside the sprawling New York City museum, the air felt like silk.

For weeks, I’d been suffering from a pernicious case of viral bronchitis. With no clear remedy (viruses are unresponsive to antibiotics), I’d slowly come to accept my new reality. I needed naps to get through the day. A dry cough announced my presence before I’d even entered the room. My head felt like a dormant tree whose sap had stopped circulating, or a river stoppered up with ice.

But somewhere between King Tut’s floral collar and a Mughal tiger claw necklace, my face turned on like a faucet. My lungs stopped rattling and began forcing mucous to the back of my throat. I was thoroughly disgusting—and absolutely thrilled. “Wintertime sickness pro tip: Don’t pay money for a humidifier,” I tweeted later that afternoon. “Instead, go to the Met, which is always the perfect humidity, and let your nose drain on an Etruscan statue or Persian carpet.”

This was, of course, a very good joke. But some casual reading about museum science—and our dependence on humidity to remain healthy humans—led me to contemplate seriously if what’s good for art really was good for me.

I first turned to Dr. Marc Gibber, a physician in the Montefiore Health System in the Bronx. An ear nose and throat specialist, he’s used to hearing complaints about bodily secretions. He told me the winter plague I was experiencing was, unfortunately, quite normal—and that finding relief in a museum made reasonable sense. “The airway is very prone to getting dried out, which essentially creates a stickiness,” he told me. The same is true for other hygroscopic surfaces, which absorb water from the air, like our skin.

Doctor’s visits for dryness shoot up each winter. While a New York City summer can see upwards of 80 percent humidity, when I called Gibber in January, it was just 45 percent. But the real problem is indoor heating. Turning the furnace up effectively pushes the relative humidity down—sometimes as low as 10 percent. And because it’s cold outside, people tend to hunker down inside these arid artificial climes all day and all night.

That’s why people smarter than me invest in humidifiers for their homes. “What the humidifier essentially is doing is softening the mucous,” Gibber says. While dry air allows irritants like pollen, mold, and dust to crystalize in your nasal cavity, artificial humidity keeps things moving. Most humans thrive at a relative humidity of 45 percent. Anything lower, and you feel like a bag of vacuum-sealed space food. Anything higher, and you promote microbial growth.

Now that I knew what my body needed, it was time to determine what the Met actually offered. Eric Breitung is a senior research scientist in the museum’s department of scientific research. Despite his obscure job title, Breitung, a chemist with expertise in engineering museum environments, was able to tell me the precise details of the Met’s climate: 70 degrees Fahrenheit and 50 percent humidity, give or take 5 percent. Bingo.

On a call with Breitung and two of the Met’s ace conservators, Karen Stamm and Caitlin Mahony, I learned why the museum is so atmospherically luxurious. It seems that while the air quality may indeed be beneficial to humans, it has absolutely nothing to do with them. Everything that goes into the 2 million square foot facility—including its 130 HVAC units—is in service of the art and the art alone.

Take glasswork. Stamm is responsible for the wellbeing of every three-dimensional glass object in the museum’s collection. That’s tough, because many historically-significant objects are historically significant because they’re experimental. And, unfortunately, few experiments work the first time.

Glass is generally made of three components: silica, alkali (like potassium or sodium), and calcium. “Sometimes during innovation, like during the Venetian renaissance where they were trying to make glass that was really crystal clear… they often got the ratios off,” Stamm says. Now they’re prone to clouding over with excess water exposure. Without intervention, they develop microfractures. If truly mismanaged, these decorative cups and priceless bowls can split like a chapped lip.

Breitung and Stamm must work together to stave off crystalline catastrophe. They mix evidence-based conservation guidelines from the Corning Museum of Glass with experience and experimentation. To prepare a Venetian glass work for exhibition in an airtight container, the conservators first attenuate silica gel packets, like those you find in the pockets of a new jacket, to the precise humidity point. They then install these packets in the envelope of the display case, so when the humidity in the room rises too high, the silica will absorb any water in excess of that ideal percentage. Conversely, if the humidity dips too low, some of the packet’s stored water can be released. Because the gel parcel’s potential can be easily used up, conservators regularly swap in new “pre-equilibrated” silica to keep things stable.

Over in the hall of Africa, Oceania, and the Americas, Caitlin Mahony faces vastly different challenges. Many of her objects served ritual purposes, so though they may look like a sturdy sculpture, organic materials and proteins are often lurking inside. “A lot of my sculptures have shea nut butter on them. If the humidity actually drops too low, it will bloom on the surface, and—I’ve actually seen this before—if it gets too dry, it gets this waxy blue layer on it,” she says. The same is true for metal corrosion, mold on the surface of old vellum manuscripts, or salt efflorescing on masonry. While many of Mahony’s artifacts can thrive in the open air of the museum, those that need organic material “coaxed” back inside may get special treatment.

If the shea butter scenario seems quite similar to the formation of a radiant wintertime rash, it is. Anecdotally, the Met’s staff seems to agree that what’s working for Egyptian mummies seems to be working for modern-day humans. “In the wintertime, my skin is quite nice here,” Breitung says, while previous workplace environments left his skin “all dried out and red.”

“It makes sense,” Mahony adds. “We’re kind of under the same chemical reactions as these objects that are hygroscopic, and are made of similar organic components sometimes as well.”

So if wintertime dryness has you down, consider visiting an internationally-renowned museum, or investing in these home remedies: