The Brain Waves For Knowing What You Know

A certain type of brain activity shows up in mice who are about to make the right choice in a little maze they're trained in. 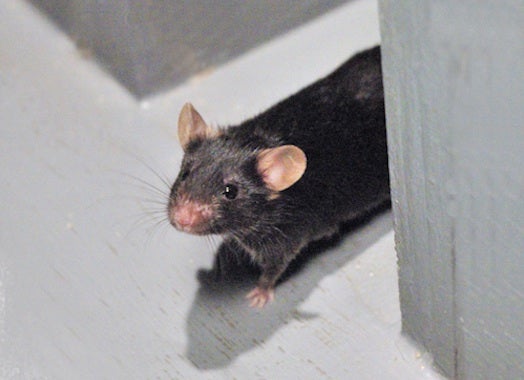 Researchers found the brain activity that happens when mice that are learning make the right choice—and know it.

A new study links this specific type of brain activity with the short-term memory that animals, including humans, use for complex tasks. That type of memory, called working memory, is important for mental math, problem solving and remembering grocery lists. It’s a big part of learning and everyday life. The study also sheds some light on a type of brain activity, called synchronized gamma oscillations, that neuroscientists have been long interested in.

For the study, neuroscientists associated with MIT and with RIKEN, a Japanese research institute, sent a bunch of mice down tunnels that ended in T intersections. One of the T’s arms led to food, while the other didn’t. Over the course of several trials, the mice learned and remembered which arm had food and which didn’t.

The researchers found that as trained mice approached the intersection, brain signals called synchronized gamma oscillations appeared just before the mice made the correct choice. The oscillations included brief waves of activity that happened in different parts of the brain simultaneously.

The “oops!” mice suggested synchronized gamma oscillations play a role in being aware of information in working memory.

The researchers also tested mice that are genetically engineered so that their gamma oscillations were impaired. The impaired mice didn’t pick the correct arm at the intersection as often as unimpaired mice.

Finally, once the mice really cemented in their minds which way to go at the T intersection, they seemed to shift the type of thinking they used as they scurried down their researcher-made tunnels. After about 18 days of training, the synchronized gamma oscillations that previously appeared before a correct choice began to disappear, suggesting that different brain pathways are responsible for guiding mice once the initial learning phase is over.