Private space travel has long been dominated by visionary entrepreneurs. Now that the largest aerospace company in Europe has decided to build a tourist rocket, will the race to the stars finally take off?

As the latest entrant into the rapidly-expanding space tourism field, EADS will face some stiff competition. Launch the gallery [“View Photos” at left] to see just how many companies worldwide will be vying for your space-tourist dollar

Your ride to space may not come from a scrappy startup after all. In June, the Astrium division of the behemoth European Aeronautic Defence and Space Company (EADS), after Boeing the largest aerospace company in the world, released its own design for a small tourist spaceship. If it looks familiar, you’ve been paying attention: The design is basically a copy of the Rocketplane XP, a converted business jet we featured in the August 2006 issue that’s being built by the small Oklahoma company Rocketplane.

Two years ago, managers and engineers at EADS Astrium sat down to examine the business case for a suborbital tourist ship. They looked at the main concepts under development by the start-ups, including SpaceShipOne‘s midair launch from a carrier plane and Armadillo Aerospace’s vertical-takeoff-and-landing rocket.

Their studies showed that Rocketplane’s jet-and-rocket hybrid made the most sense. “We looked at [the Rocketplane XP] in depth,” says Astrium chief technical officer Robert Lain, “and came very quickly to the conclusion that you can make it fly.” (Interestingly, there was no contact during this process between Astrium and Rocketplane. Rocketplane first learned that Astrium was basing its spacecraft directly on the XP when we asked the management team about it. They were flattered.)

Here’s the general strategy: Take a business jet, stick a rocket engine in the back, fill most of the interior with rocket fuel, and buckle the passengers into the remaining space up front. The jet takes off from a runway and then fires the rocket at high altitude for a quick run to space. Because the spacecraft takes off and lands at airports, it can fly out of most anywhere-a major advantage for a company that’s hoping to sell the craft to a variety of operators.

Yet there are significant differences between the two designs. Rocketplane is a start-up on a budget, and so its engineers repurposed an existing Learjet fuselage to use as the spacecraft’s body. EADS Astrium, in contrast, plans to build a custom airframe of aluminum and carbon fiber in an effort to save weight. The lighter design will allow the Astrium ship to carry four passengers (in addition to the pilot), compared with Rocketplane’s three.

Its light weight should also help Astrium’s plane avoid “the problem of air-traffic control,” as Lain puts it. When lighting your spaceship’s 67,000-pound-thrust rocket engine in midair, it’s important to make sure you don’t run into anything on the way up. A lighter frame will allow the craft to climb up to about 39,000 feet under jet power, high enough above ordinary air traffic to avoid a collision. Once the rocket fires, autopilot takes control.

After the rocket shuts down above the atmosphere, the passengers will unstrap from their seats to float around a cabin for three minutes of zero-G. Handholds in the cabin walls will let the passengers orient themselves around numerous portholes for the best views of Earth. As the craft begins to descend, gravity will reassert itself slowly, giving the passengers enough time to pull themselves into their seats. Once everyone is in place, the seats will swivel onto their backs to let the newly minted astronauts take the 4.5-G strain of reentry in the position that’s most comfortable.

Experts think the design could work. “There are no showstoppers,” says Dan Erwin, an astronautics professor at the University of Southern California, of the basic concept. But the details will be critical. Two different types of engines and their attendant fuels add up to a lot more weight than either a straightforward jet or a pure rocketship would have to carry on its own. “It’s really a matter of what the mass ends up being,” Erwin says.

The more immediate problem is the spaceplane’s projected development cost: one billion euros, or $1.3 billion. EADS says it is currently in talks with unnamed owner-operators who would preorder the spacecraft, recouping the investment by selling tourist flights at 200,000 euros ($75,000 more than what Virgin Galactic plans to charge for flights on SpaceShipTwo). Even at that higher price, though, the ship would have to fly 1,250 times before earning back its development expenses, not including the cost to operate each flight. If the financing comes through, EADS plans to start construction next year, with the first paying passengers launching in 2012.

EADS is betting that the suborbital tourist market may just turn out to be big enough to absorb those higher costs. “I think the market will scale up,” says analyst Jeff Foust of aerospace consultancy Futron Corporation. “We’re talking about a 15,000-passenger-a-year demand by 2020.” And if nothing else, he says, “this is an endorsement of the suborbital space-tourism industry by the conventional aerospace industry.” When the big guys jump in, it means we’re all that much closer to the age of space tourism. 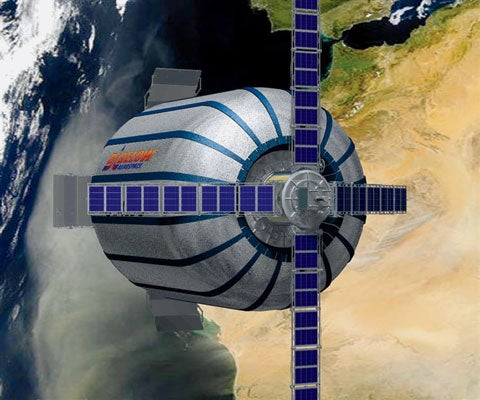 Las Vegas real-estate developer Robert Bigelow aims to build a commercial space station using inflatable module technology acquired from NASA. His company launched its first sub-scale test module into orbit on a Russian Dneper rocket last year and a second module in June. This second module lifted off with paying passengers, albeit only in the form of their snapshots whirling around the spacecraft’s interior. Full-scale flights are scheduled for 2012.
bigelowaerospace.com 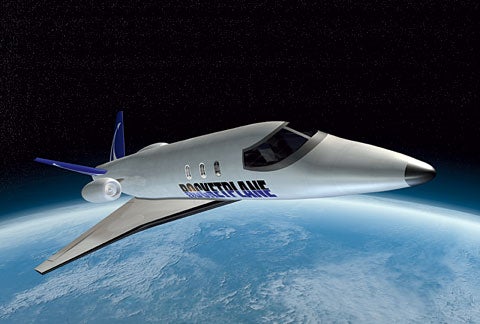 The idea of a rocket-powered business jet started with Rocketplane. Then last August, it won NASA’s Commercial Orbital Transportation Services contract, which will award up to $207 million toward the development of a spacecraft that can service the International Space Station once the shuttles retire in 2010. Since then, the company’s focus has shifted to the new program, and its original Rocketplane schedule has slipped by at least a year. The first test flights are now planned for 2009.
rocketplane.com 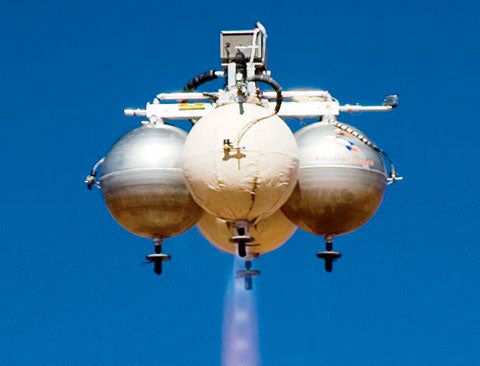 Armadillo Aerospace started as a hobby project of videogame designer John Carmack. Working after-hours in a machine shop in Dallas, Carmack and his crew have been building successively more powerful vertical-takeoff-and-landing rockets. Their eventual goal is to send one of their team members into space. Investors have recently taken an interest in the project, and Armadillo is favored to win this month’s NASA-sponsored Lunar Lander Challenge. armadilloaerospace.com 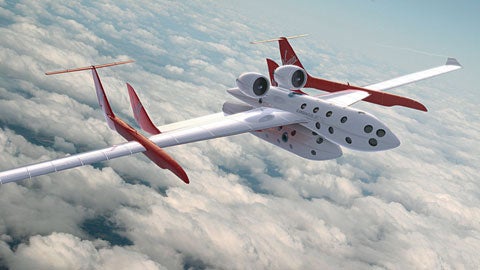 The best-publicized of the commercial spaceflight firms is financing the construction of SpaceShipTwo at Burt Rutan’s Scaled Composites. Scaled had been working under a media blackout until an explosion in July killed three workers and seriously injured three others. In spite of the tragedy, Virgin remains confident: The company recently announced that it will begin construction of the Norman Fosterâ€designed Spaceport America in Las Cruces, New Mexico, next year.
virgingalactic.com 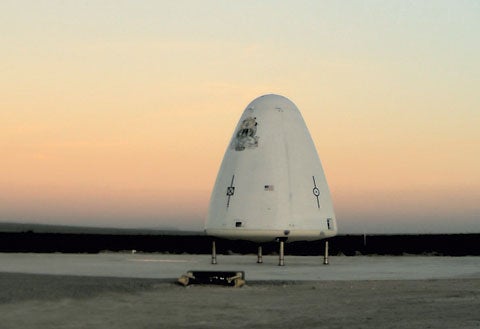 Blue Origin is the most secretive of the private space companies. We know it’s headed by Amazon.com chief Jeff Bezos with R&D; facilities in Kent, Washington, and a launch site in West Texas. It plans to send passengers into suborbital space in completely automated rockets that will take off and land on their tails. In January the world caught a tantalizing glimpse of a prototype flight, but only because the company posted a few photos and videos on its Web site in an effort to recruit engineers.
blueorigin.com
Space