The latest research on dÃ©jÃ  vu, out-of-body experiences and other head games 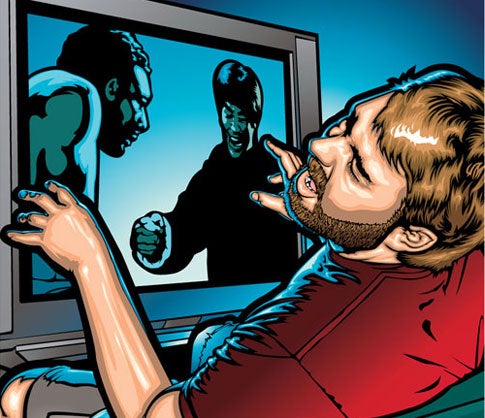 What It Is: Wait, haven’t you read this before? I swear, it was in some magazine last week. No, really.

New Research Shows: Biologist Susumu Tonegawa of the Massachusetts Institute of Technology recently located the specific receptors in the hippocampus-a pair of neuronal clusters in the center of the brain-that work to tell similar but different places apart. In mice lacking these receptors, a room they’ve never seen before evokes the same response as a slightly different room they’ve seen a lot, a sensation that may be similar to dj vu.

What It Means:The hippocampus is the part of your brain responsible for both your sense of direction and the formation of new memories. Dj vu could be simply a temporary disorientation rooted there, as your brain confuses a new location with a remembered one.

What it is: The disorienting sensation of looking in on one’s own body-no near-death experience necessary.

New Research Shows:A do-it-yourself recipe for transcendence comes from neuroscientist Eric Altschuler of the University of Medicine and Dentistry of New Jersey, who noticed the phenomenon in a McDonald’s (he later published it in the journal Perception): Set up two mirrors so that they face each other to form an infinite set of images. Now step between them and tilt your head so that in every other image you can’t see your eyes. Stroke your cheek. You’ll feel as though there’s a stranger in front of you who’s stroking his or her cheek, because, Altschuler explains, in every other image you can’t recognize your own face.

What It Is: Mirror-touch synesthetes feel sensations they see from a distance: a pleasant caress when a couple hugs on the street corner, pain when Bruce Lee strikes an enemy in Enter the Dragon.

New Research Shows:A study by psychologist Jamie Ward, then at University College London, revealed that although mirror-touch synesthetes are emotionally empathetic-when they see others feeling sad, they feel sad too-they aren’t any better than normal people at understanding other people’s problems. Their visual empathy is reflexive, not conscious.

What It Means: Sensation is, at its core, just neurons firing. For mirror-touch synesthetes, it happens that their neurons fire in response not only to touch but to visual triggers as well.

What It Is: The eerie sense that a person is lurking behind you can make you spin around-only to find an empty room.

New Research Shows:Neurologist Olaf Blanke and his group at the Swiss Federal Institute of Technology in Lausanne were studying an epileptic patient’s brain when they stimulated her left temporoparietal junction. Suddenly the subject felt someone just behind her. The apparition mirrored her movements-sometimes it sat silently; other times it wrapped its arms around her.

What It Means:This part of the brain may explain schizophrenics who blame their actions on illusory companions and, as the study authors note, may help us understand “psychiatric manifestations such as paranoia, persecution and alien control.”

What It Is: Aural vision. The blind can learn to “see” with the help of voice software that represents an object’s height with pitch and its brightness with volume.

New Research Shows:There’s more to vision than raw visual data about an object’s brightness and height. Our brains have to be able to discern an object’s depth and position as well-for example, your eyes naturally interpret a bright, tall object as being nearby. Neurologist Amir Amedi of Harvard Medical School demonstrated that the brain can learn to interpret sound in the same way it interprets light. He exposed subjects to a variety of objects and their corresponding sounds. With practice, they could “see” a grayscale world-the height, brightness, depth and position of objects-simply by listening to the software’s version of their surroundings.

What It Means:Vision doesn’t have to come from your eyes. As long as you train your brain to relate specific sensory information like sound to physical surroundings, those inputs can activate the brain’s sight centers.