Chinese Astronaut to Walk in Space 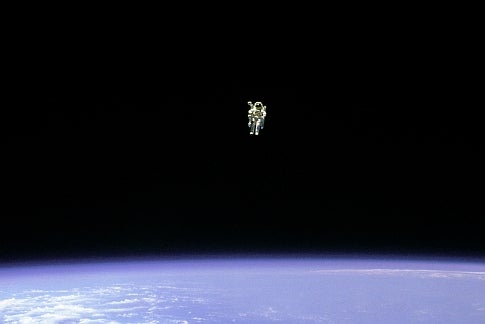 China is primed to earn a proverbial bronze medal within the next week as the third country to conduct a space walk. The launch of China’s third manned space mission should occur between today and next Tuesday from the Jiquan launch pad in Inner Mongolia. Some Chinese media report that this statement-making event will occur at 9 this evening.

China’s ability to safely launch and return its three taikonauts (the Chinese equivalent of “astronauts”) during this nearly three-day voyage will represent a significant step towards international prominence. It also sends a clear signal to regional space rivals Japan and India, and the rest of the world, that China is becoming a competitor not only on but also above this planet.

A highlight of this mission will be its leader Zhai Zhigang’s 40-minute spacewalk tethered to the Shenzhou 7 spacecraft. During this excursion, Zhai may be “tightening bolts” according to the Chinese media. But some believe this is just an excuse for a show of spacewalking strength, as his every move is recorded and televised nationally in China.

The Chinese also plan on launching a small satellite that will travel alongside the Shenzhou 7 and transmit images of the craft back to Earth. This is a potentially tricky operation given the proximity of the two objects. But it can serve as a learning opportunity for future rendezvous and docking missions. Information about other scheduled experiments has not been released.

China’s space goals are believed to include an unmanned moon landing around 2012, a mission to return samples in 2015, and possibly a manned lunar mission by 2017 — three years ahead of the American goal for returning to the moon.

With its first manned Shenzhou mission in 2003, China became only the third nation, behind the former Soviet Union and the United States, to launch its citizens into space.

The former Soviet Union launched the first person (Yuri Gagarin) into space on April 12, 1961 and conducted the first spacewalk (Alexei Leonov) on March 18, 1965.