Fifty Years Later, Looking Back at the Dawn of the Space Race

On October 4, 1957, this insectoid aluminum ball became the first man-made object to enter Earth orbit, thus igniting a quest for space exploration that hasn't let up since

When Sputnik 1 was launched 50 years ago today, no one truly anticipated the resounding impact it would have on science, technology and the balance of political power around the world. Not least the Soviets, who were hesitant to divert precious resources from their fledgling ballistic-missile program for what many in the government regarded as one man’s fanciful hobby.

That man, Sergei Korolyov, went on to be the guiding force behind the powerful Soviet space program of the 1950s and ’60s. With the launch of the first artificial satellite, Korolyov almost single-handedly waved the opening flag in the space race, stoked the flames of the Cold War, and indirectly ignited a firestorm of changes here in the U.S.-leading to the foundation soon after of agencies like Darpa and the National Science Foundation, as well as a massive retooling of the national education system that put more focus on science and engineering, with the aim of producing the minds necessary to bridge the gap Sputnik created.

Fifty years later, the world hasn’t taken its eyes off the frontier of space, as the list of countries with active space programs continues to grow.

Click here to launch a gallery of images commemorating Sputnik 1 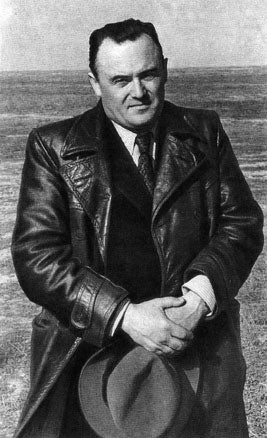 The Sputnik program was willed into existence largely by Sergei Korolyov, the chief designer of the early Soviet space program. Correctly predicting the strategic importance of the space race, Korolyov convinced the Soviet government to repurpose its ballistic-missile program to launch an artificial satellite into orbit. 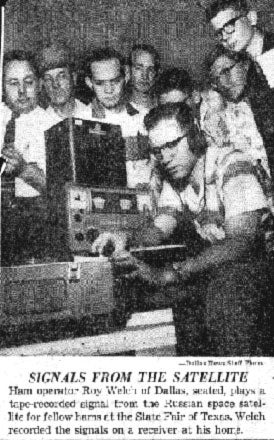 Ham-radio operators the world over tracked the satellite´s signal, broadcast at 20MHz and 40MHz, until the batteries expired 22 days later. Listen here to an audio recording 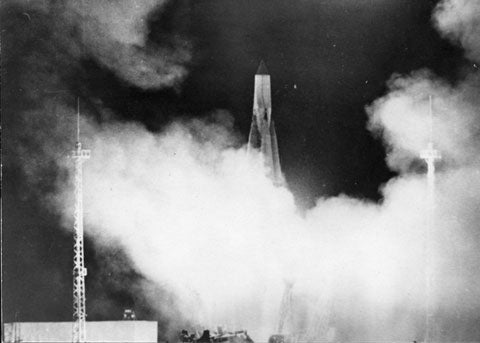 Sputnik 1 was launched into orbit on October 4, 1957, atop an R-7 rocket. The R-7 was originally conceived as one of the earliest intercontinental ballistic missiles, developed with the range for a nuclear strike on U.S. shores. 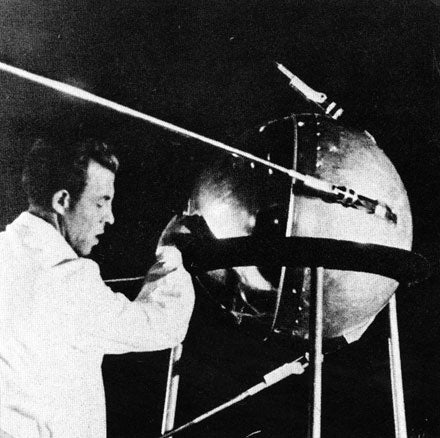 Far from a planned effort, the 184-pound satellite went from conception to completion in three months.

Google commemorates the launch with a custom logo-a recognition for our time. 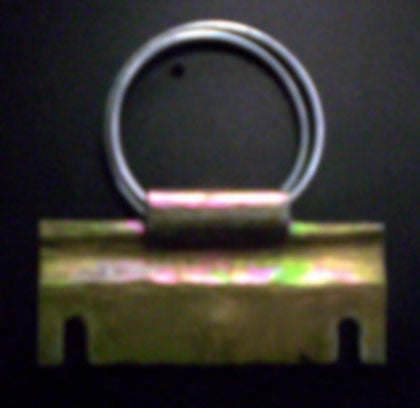 This arming key, which created a barrier between the batteries and the radio transmitter, is one of the few remaining artifacts of the mission. It is currently on display at the Smithsonian Air and Space Museum. 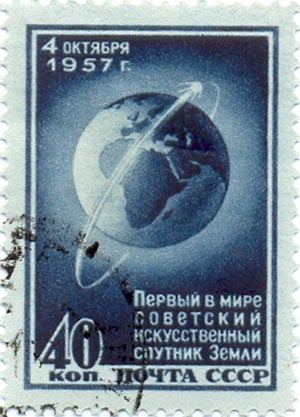 A Soviet stamp commemorating the launch. 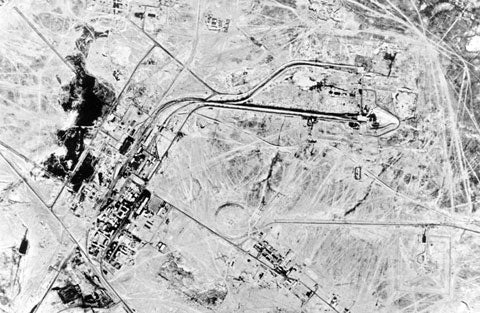 Baikonur Cosmodrome, in present-day Kazakhstan, was the launch site for Sputnik and nearly every other subsequent Russian space mission to date. This U.S. intelligence photograph was taken in 1969 by a Corona spy satellite. 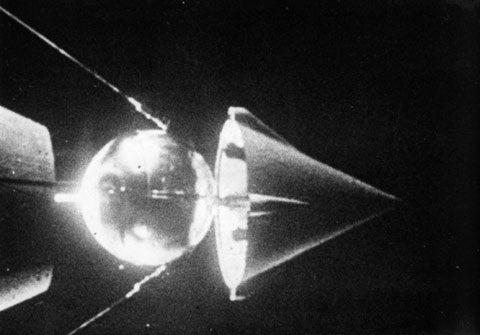 A photo re-creation of Sputnik’s separation from the R-7 launch vehicle. 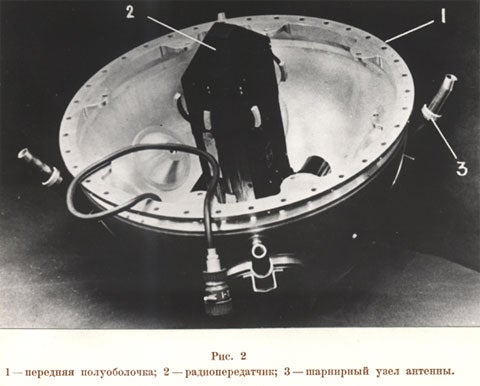 A diagram illustrates the radio-transmitter package. 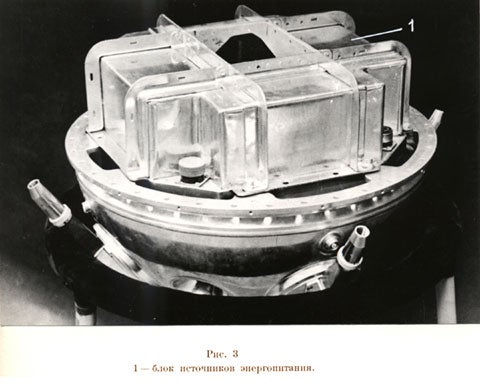 The battery pack powering the transmitter filled the other hemisphere. 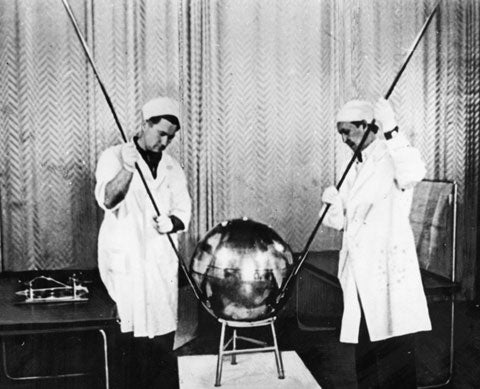 It consisted simply of a pressurized polished aluminum sphere fitted with a radio transmitter, a battery pack and four antennas. Scientific instruments were left off for fear of delaying the largely improvised mission. 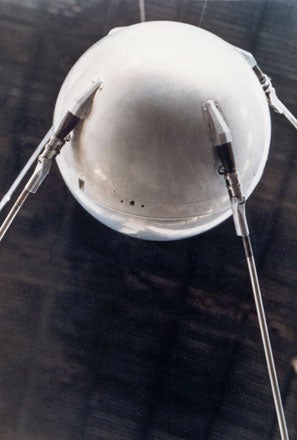 Models of the iconic satellite grace museums around the world. 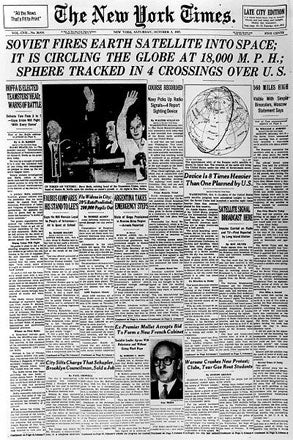 The Soviet government did not fully anticipate the magnitude of the international response to the launch.