The story behind the rockets that started a war 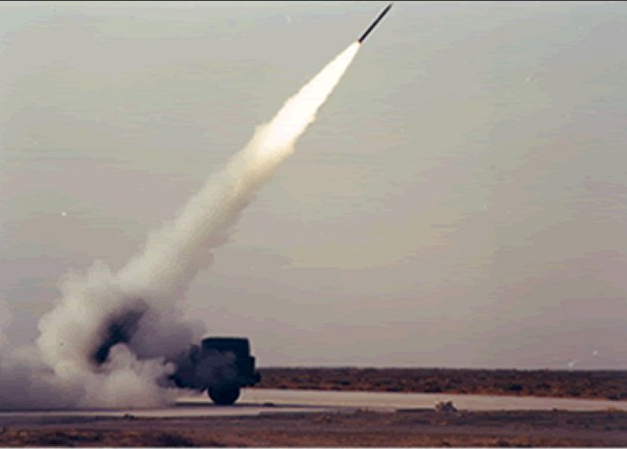 A WS-1-E, a Chinese-manufactured rocket Hamas is known to possess, being fired from a truck. Courtesy globalsecurity.org
SHARE

While it’s a safe bet that few Hamas members know the lyrics to “the Star Spangled Banner”, very little separates their activities from those witnessed by Francis Scott Key centuries ago. In what has become a hallmark of guerilla war, Hamas has used a mixture of low-tech weapons and simple tactics to stymie a technologically superior enemy.

On January 3rd, Israel launched a ground invasion of the Hamas-controlled Gaza Strip, partly in response to rocket fire that hit deeper into Israel than ever before. During the Israeli occupation of Gaza, Hamas rocket fire consisted primarily of homemade rockets only capable of hitting the southern-most Israelis cities. After taking over the Gaza Strip in 2006, Hamas acquired the new rockets with the expanded range. However, the increased range doesn’t imply advanced technology.

“‘It’s the “rocket’s red glare’ rockets that we used at the battle of Fort McHenry in 1812,
said John Pike, director of globalsecurity.org. “It’s a solid fuel and an oxidizer, hot stuff comes out the back end, and there’s an explosive on the pointy end. It’s pretty simple.”

According to Pike, rocket technology is no different from any other ballistic technology, be it catapult, trebuchet or a thrown rock. Unlike, a missile, which changes direction as it flies, rockets are at the whim of gravity after launch.

The older rockets used by Hamas, the Qassam, were homemade projectiles assembled from whatever was handy. These rockets were more psychologically damaging than physically, and failed to produce significant casualties.

Recently, Hamas imported factory manufactured rockets from China and Iran. Based on a family of Soviet rockets dating back to World War II, these rockets have the range to hit many more Israeli cities, and their introduction help precipitate the current conflict.

The Iranian rocket, called a Grad, has a range of about 12 miles, long enough to hit the Israeli cities of Ashkelon and Sderot. The Chinese rocket, called the WS-1-E (and sold on a rather cheap looking Web site for a defense company) has an even greater range of up to 27 miles, and better accuracy than the Grad. And according to Amanda Castle, the public relations manager at Jane’s Information Group, Israeli intelligence agencies also believe Hamas possesses Iranian Fajr-4 rockets, which have a range long enough to hit Tel Aviv.

Initially, the Israelis looked for a high-tech protection against these low-tech rockets. The first choice in defense would have been the CRAM (counter rocket and mortar) system used by the US Army in Iraq. Basically a giant machine gun directed by radar, the CRAM shoots projectiles out of the sky before they hit their target. Bullets used to shoot down the projectile keep going, however, and according to Pike were nixed for fear of them landing where people live.

Israel also hired Northrop-Grumman to develop a laser to zap the rockets before they could explode. Initial tests succeeded, but the developers soon realized that the laser didn’t work in hazy or dusty conditions. Considering Israel is in a desert, they don’t have much use for a laser that doesn’t work well when it’s dusty out.

Now that the high-tech solutions have failed, Israel has countered with the lowest technology in the history of war: boots on the ground.