In the Hollywood action-film Lucy, actor Morgan Freeman—playing a world-renowned neurologist— speaks to a packed auditorium. “It’s estimated most human beings only use 10 percent of their brains’ capacity,” he says. “Imagine if we could access 100 percent.” You may have heard that claim before. Unfortunately, it’s just not true. And after watching Lucy, Ramina Adam and Jason Chan, two neuroscience graduate students at Western University in Ontario, decided to set the record straight. “We realized we had to do something about all this misinformation,” Adam says. They set out to collect common mis­perceptions about how the brain works, and we lent a hand in debunking them.

Click through the gallery above to find out the truth about 10 common neuroscience myths.

How To Stay Sharp

While crossword puzzles and classical music aren’t going to make you smarter, here are three proven strategies to keep your brain at peak performance for your entire life.

1. Get The Blood Flowing

In a 2014 study at the University of British Columbia in Canada, women who walked briskly for an hour twice weekly for six months—but not those who strength-trained or did no exercise—increased brain volume in the areas that control thinking and memory.

A team of researchers with the federally funded Nurses’ Health Study tracked 13,388 women over decades and discovered the more leafy vegetables they ate, the better they performed on learning and memory tests. That might be due in part to folic acid in veggies: A long-term study of 60 Roman Catholic nuns in Minnesota identified folic acid as a key factor in delaying the onset of dementia.

In 2004, scientists at Johns Hopkins University found that more social interaction was associated with less cognitive decline for people aged 50 and above. Plus, one of the major risk factors for death in the elderly is social isolation—lone­liness really can kill you.

“Neuromyths have gotten folded into popular culture,” says Nicholas Spitzer, co-director of the Kavli Institute for Brain and Mind at the University of California at San Diego. “It’s been an uphill battle to dispel them.” Here are three culprits from TV and the movies.—Nicole Lou

Myth #2. ESP is a scientific certainty

Myth #3. Being in a coma is like being asleep

This article was originally published in the November 2015 issue of Popular Science, under the title “Brain Myths Busted.” 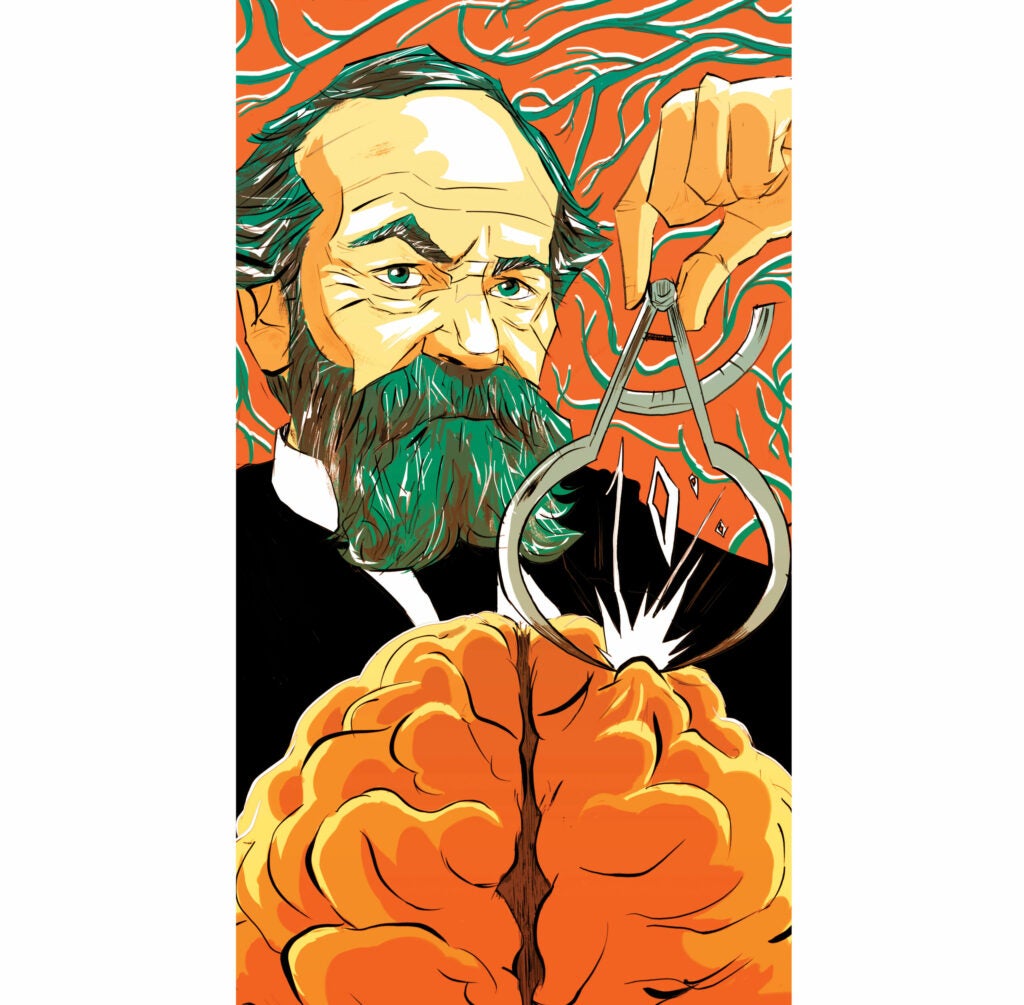 1. We use only a fraction of our brains.

In 1907, famed psychologist William James claimed, “We are making use of only a small part of our possible mental and physical resources.” A journalist later misquoted him as saying the average person develops only 10 percent of his mental capacity. Scans, however, show that we use every part of our brain, though not all regions are active at once. (Sorry, Morgan.) That’s why damage to any area of the brain—such as the aftermath of a stroke—usually results in mental and behavioral effects. 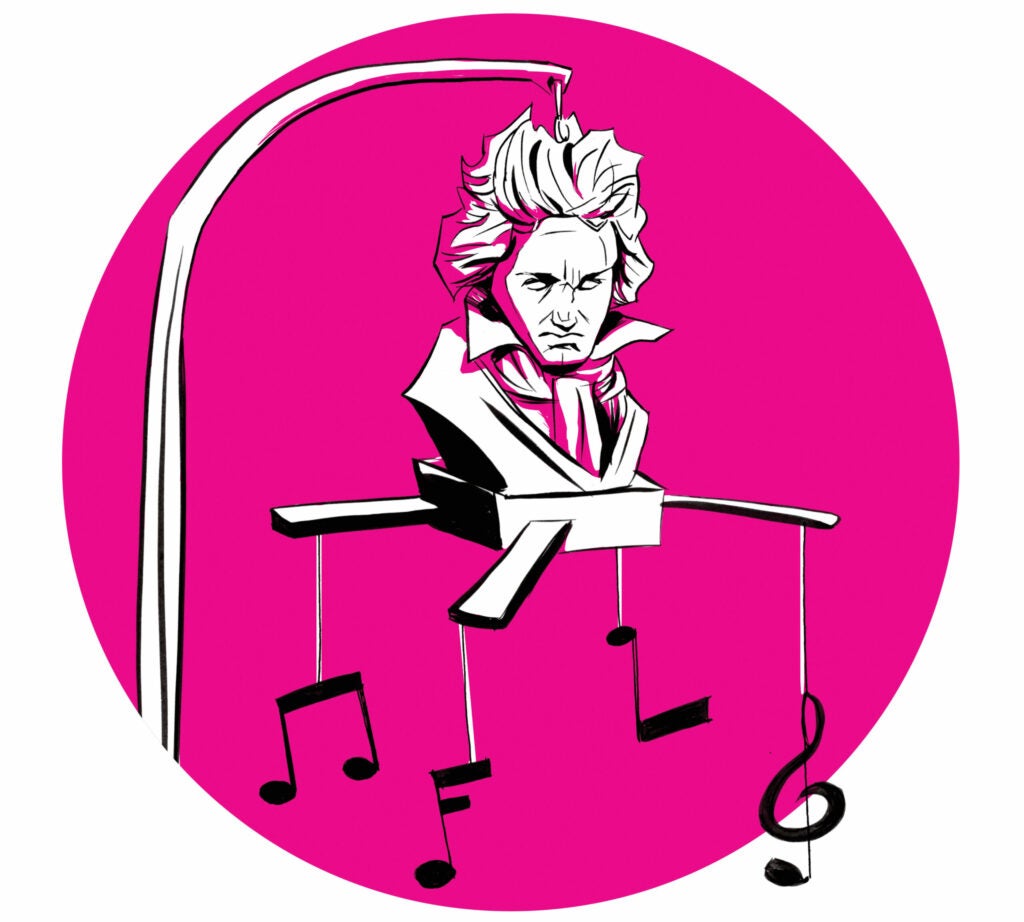 The state of Georgia began distributing classical-­music CDs to the families of newborns in 1998. Each CD included a message from the governor: “I hope both you and your baby enjoy it—and that your little one will get off to a smart start.” While the sentiment is appealing, the so-called Mozart Effect is dubious. The idea sprang from a 1993 study at the University of California at Irvine, which showed that 36 college students performed better on an IQ test after listening to Mozart than after relaxation exercises or silence. No one has been able to replicate those results. In fact, a 1999 Harvard University review of 16 similar studies concluded the Mozart Effect isn’t real. 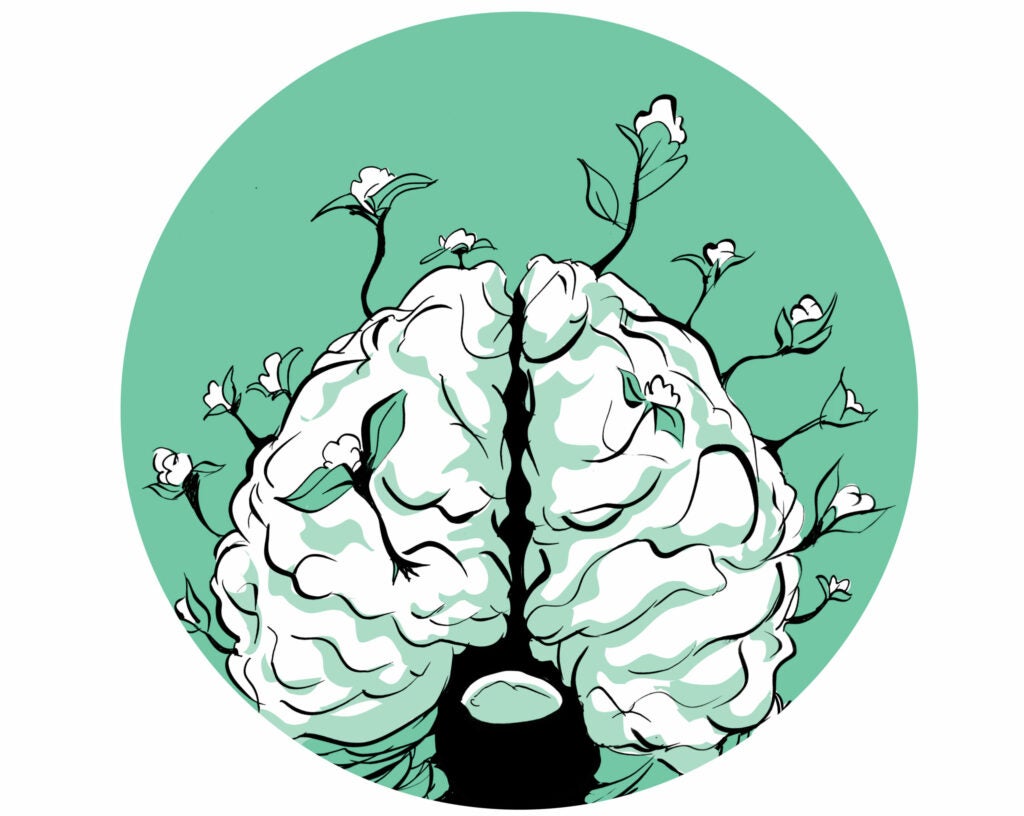 Adult rats, rabbits, and even birds can grow new neurons, but for 130 years, scientists failed to identify new brain-cell growth in adult humans. That all changed in 1998, when a Swedish team showed that new brain cells form in the hippocampus, a structure involved in storing memories. Then, in 2014, a team at the Karolinska Insti­tute in Sweden measured traces of carbon-14 in DNA as a way to date the age of cells, and confirmed that the striatum, a region involved in motor control and cognition, also produces new neurons throughout life. While our brains aren’t exactly an orgy of wildly replicating cells, they do constantly regenerate. 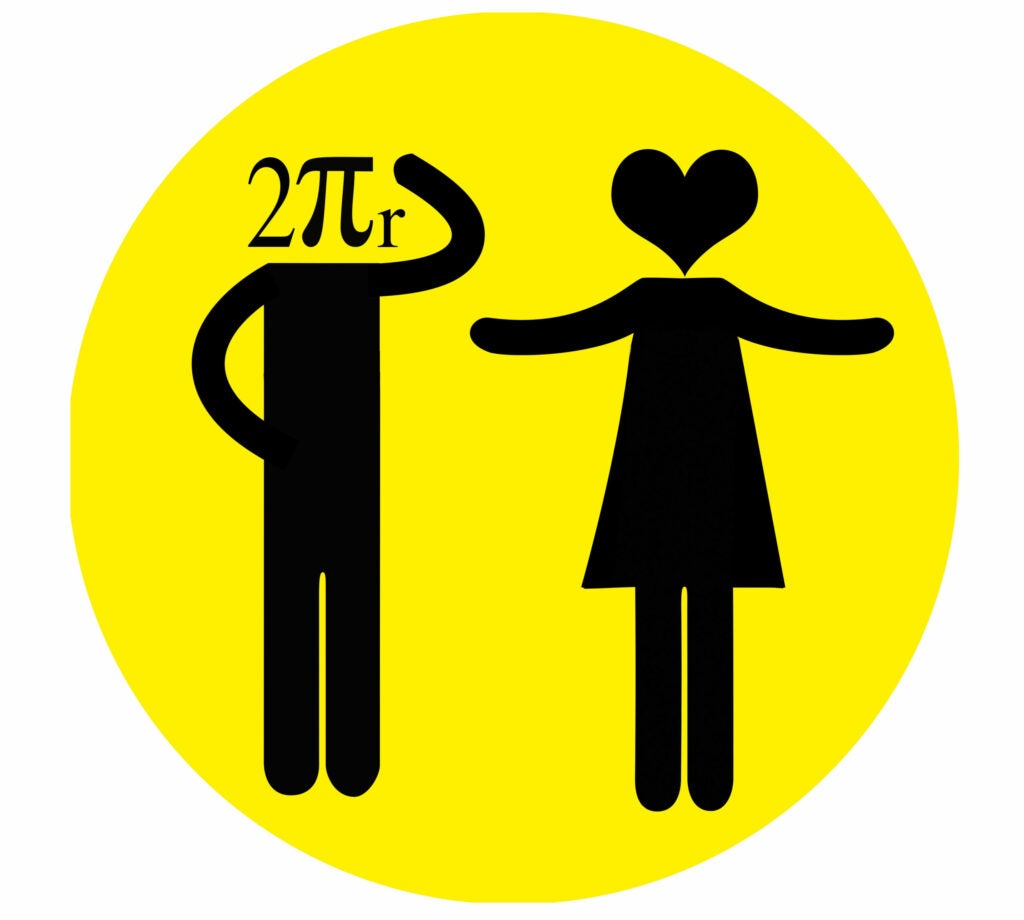 There are small anatomical differences between male and female brains, this much is certain. The hippocampus, involved in memory, is usually larger in women, while the amygdala, involved in emotion, is larger in men. (The opposite of what you’d expect from this myth.) But evidence suggests gender disparities are due to cultural expectations, not biology. For example, in 1999, social psychologists at the University of Waterloo in Ontario gave women and men a difficult math test. Women—even those with strong math backgrounds—scored lower than men, unless told the test had revealed no gender differences in the past. Then the women performed equally well as the men. 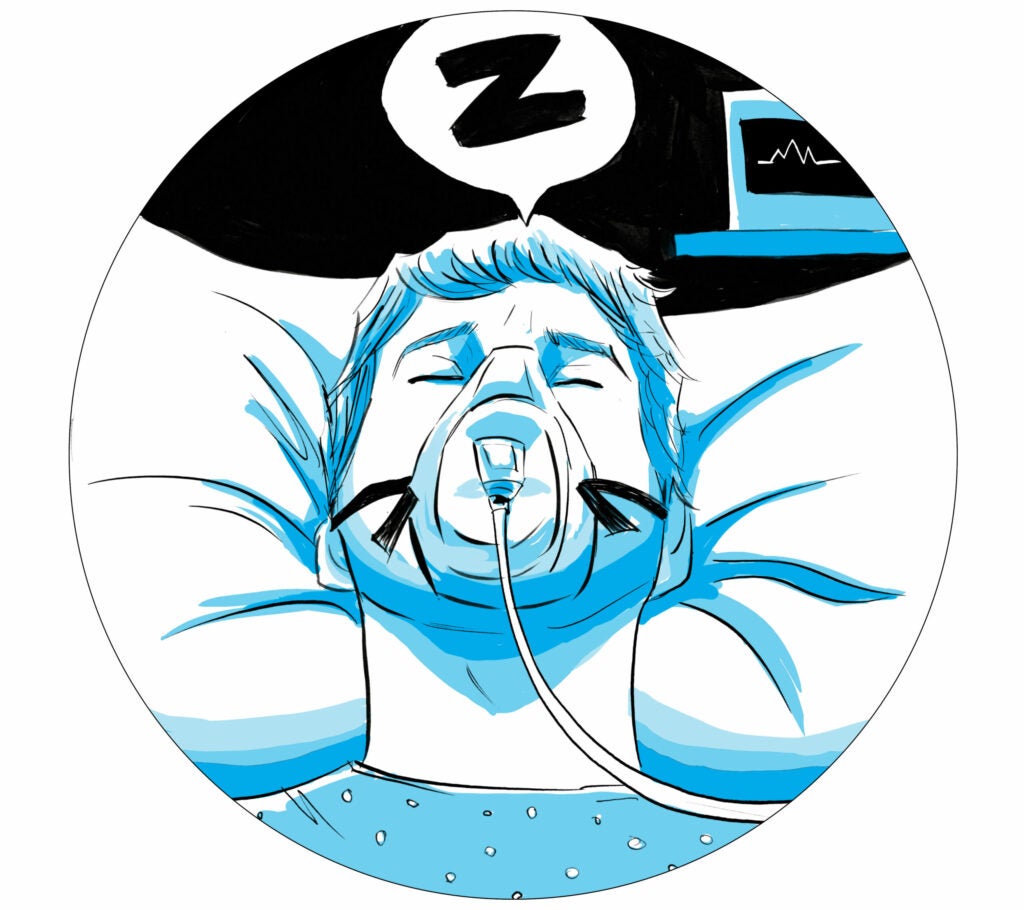 5. Being in a coma is like being asleep: You wake up intact and well rested.

In the movies, comas look harmless: A well-groomed patient lays in bed for a few months and wakes fully articulate, seemingly unscathed by his or her ordeal. In real life, those emerging from comas often suffer disabilities and need rehabilitation. Brain scans point to why. Scientists at the French National Center for Scientific Research, in 2012, found that high-traffic brain regions—normally bright hubs of activity, even during sleep—are eerily dark in coma patients (while other areas inexplicably light up). Most comas also don’t last more than two to four weeks. So don’t believe everything (or anything) you see on Grey’s Anatomy. 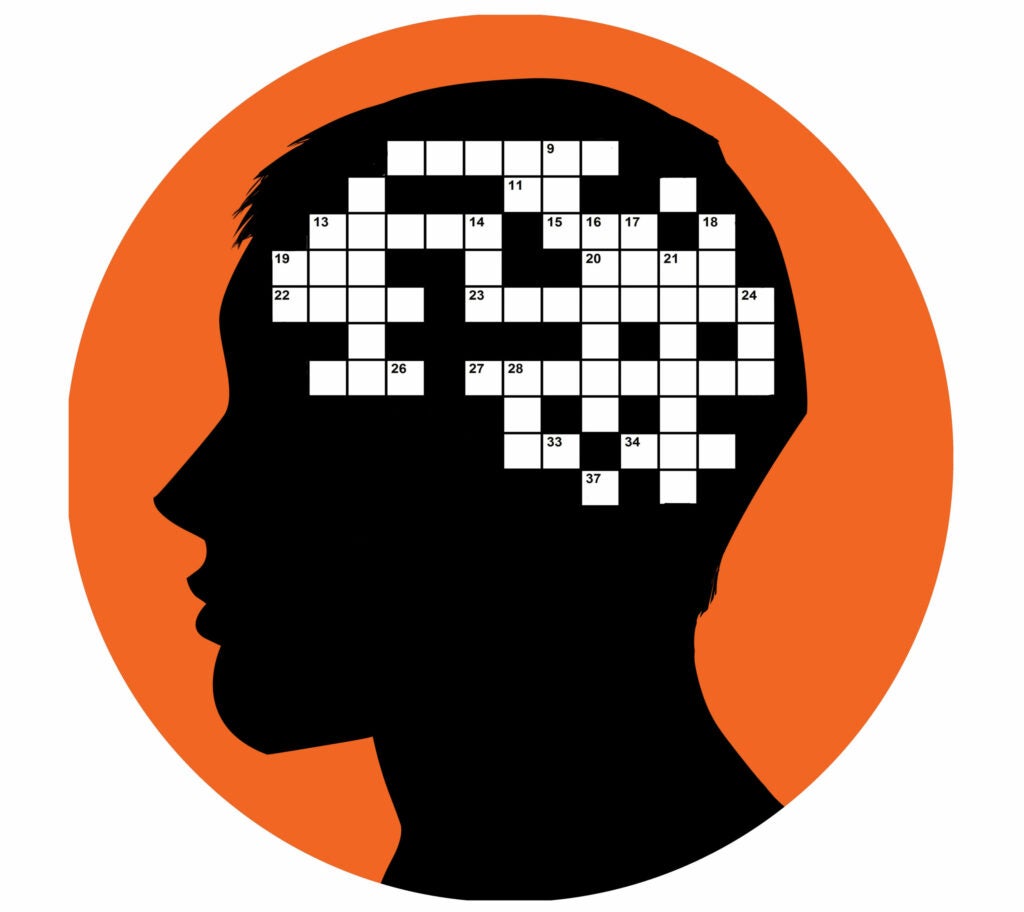 If you’ve ever despaired at the Sunday crossword, here’s good news: Neuro­scientists have found that doing crossword puzzles makes you very good at—drumroll, please—doing crossword puzzles. A 2011 study, led by researchers at the Albert Einstein College of Medicine, found that solving crossword puzzles initially delayed the onset of memory decline in individuals between the ages of 75 and 85, but sped the decline (for reasons unknown) once a person showed signs of dementia. Today, most neuroscientists agree there is no harm in the activity. But don’t expect it to make you any better at finding your keys come Monday morning. 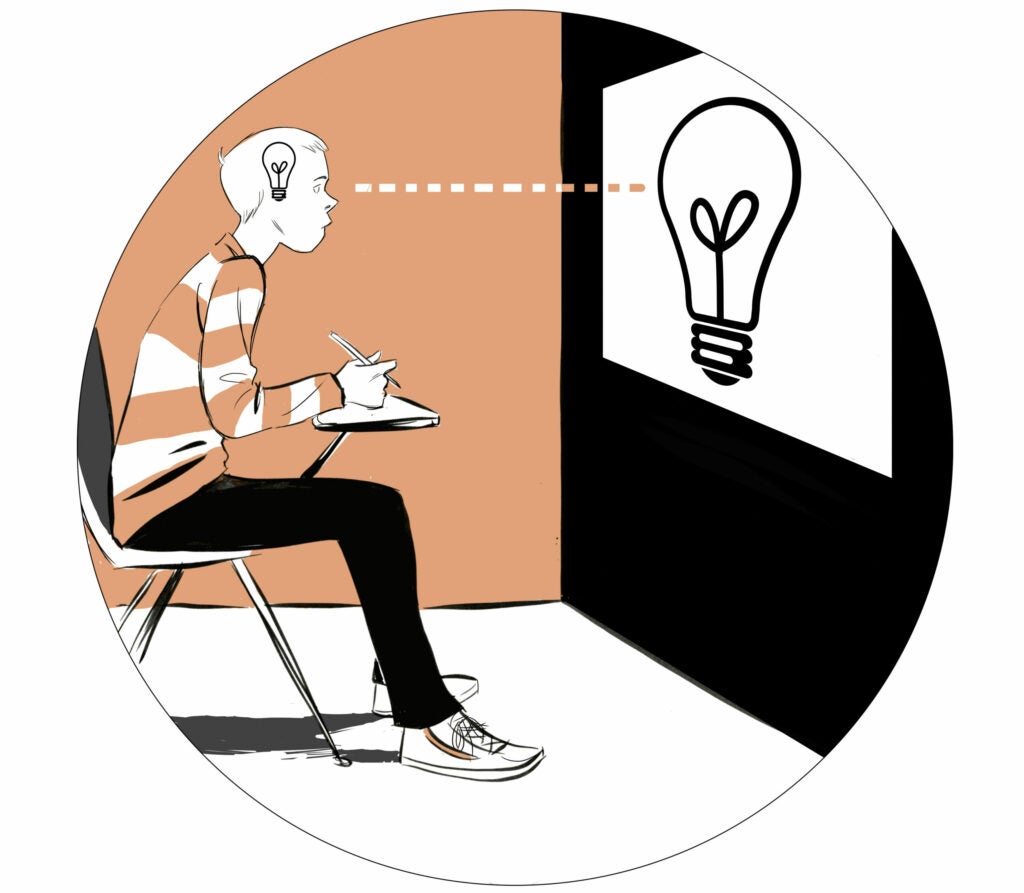 Ever asserted that you need lessons delivered visually or verbally? We hate to break it to you, but there’s just no support for that. In 2006, psychologists at the University of California at Santa Barbara found that students didn’t perform any better on a test when given instructions in their preferred style. And a 2009 review paper found no studies upholding the claim—popular among both educators and students—that teaching and learning styles should match. That said, there are broad principles under which everyone seems to learn better, such as through repetition, testing, and by spacing out learning sessions. 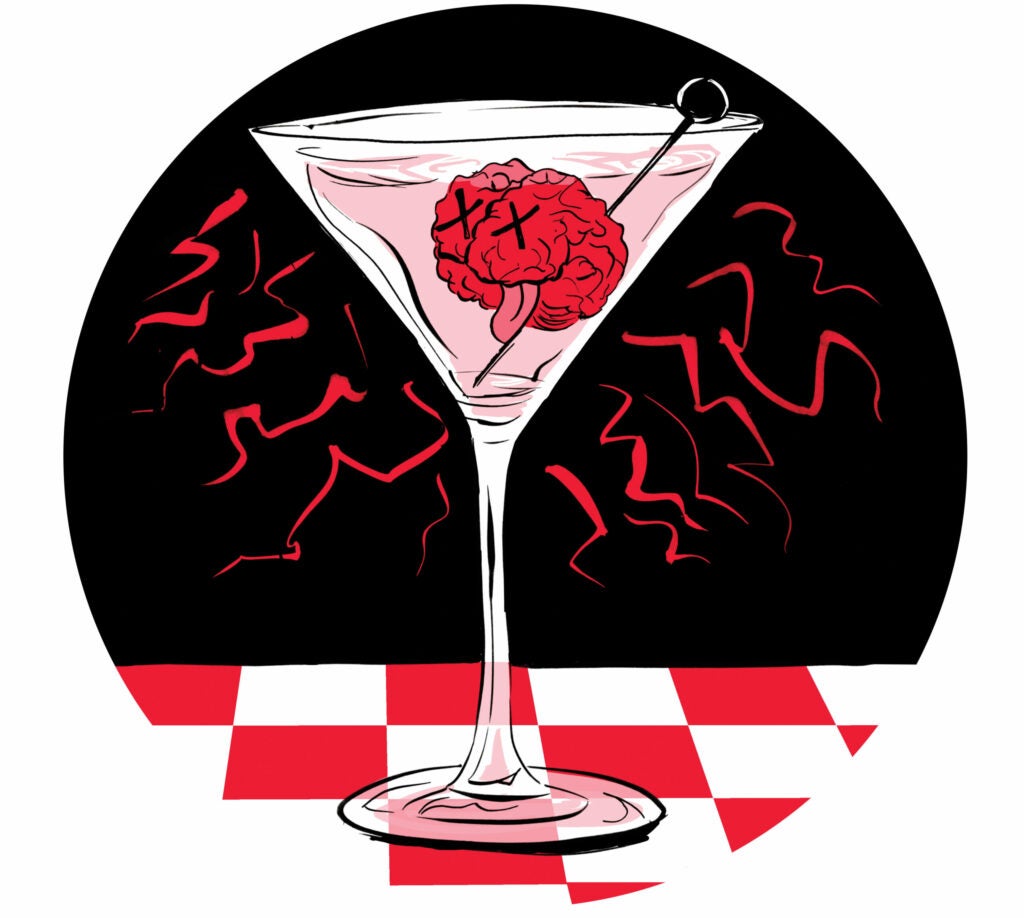 That woozy feeling you get after three or four glasses of wine isn’t from brain cells expiring. When scientists at the Bartholin Institute in Denmark compared the brains of deceased alcoholics and nonalcoholics, they found the total number of neurons to be the same. Alcohol, like other substances, can kill brain cells at high doses (especially the sensitive brain cells of developing fetuses), but moderate alcohol use does not. It does interfere with how neurons communicate, affecting one’s ability to perform tasks like walking, speaking, and making decisions. But you already knew that. 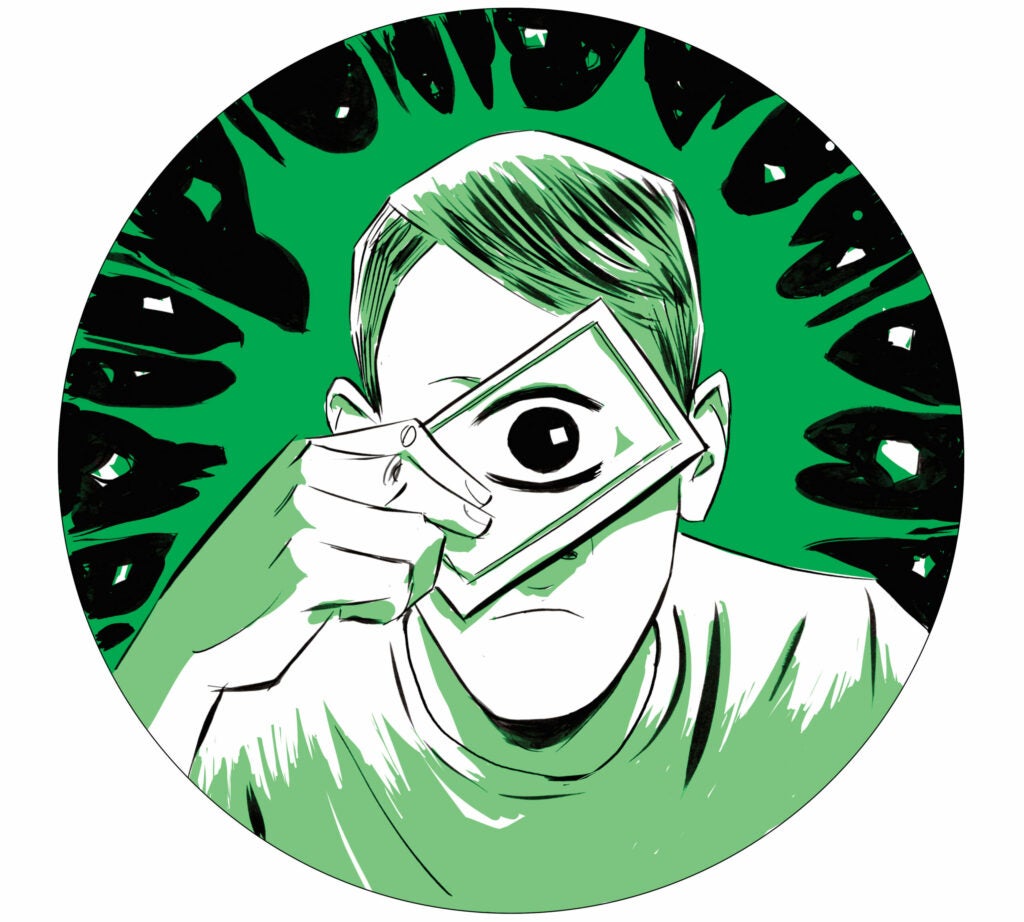 9. We know what you’re thinking: ESP is a scientific certainty.

Extrasensory perception (ESP), the so-called sixth sense, can be traced back to an experiment in the 1930s. Joseph Banks Rhine, a botanist at Duke University, claimed that individuals who were shown the blank face of a card could correctly guess a shape printed on the back (supposedly by reading the mind of the person administering the test). Although no other type of test has produced evidence for ESP, the myth lives on—thanks in part to the CIA, which employed psychic spies during the Cold War. The spy­masters shut down their psychic network in 1995, when they finally concluded ESP isn’t a weapon—or even a thing. 10. Some people are left-brained (logical) and some are right-brained (creative).

In the 1960s, Roger Sperry, a neuropsychologist at the California Institute of Technology, cut fibers connecting the brain’s two hemispheres in a handful of epilepsy patients to reduce or eliminate their seizures. He then ran an experiment, flashing images—of letters, lights, and other stimuli—into either the left or right eye of the patients. Sperry found that the brain’s left hemisphere better processed verbal information and the right hemisphere, visual and spatial. Over decades, those findings became misinterpreted as dominance, particularly in self-help books. There is no evidence to support personality types based on dominant hemispheres, but there’s plenty of evidence to refute it: In 2012, for example, psychologists at the University of British Columbia found that creative thinking activates a widespread neural network without favoring either side of the brain.
alcohol
Features
learning
memory
november 2015