New insight into how the brain works 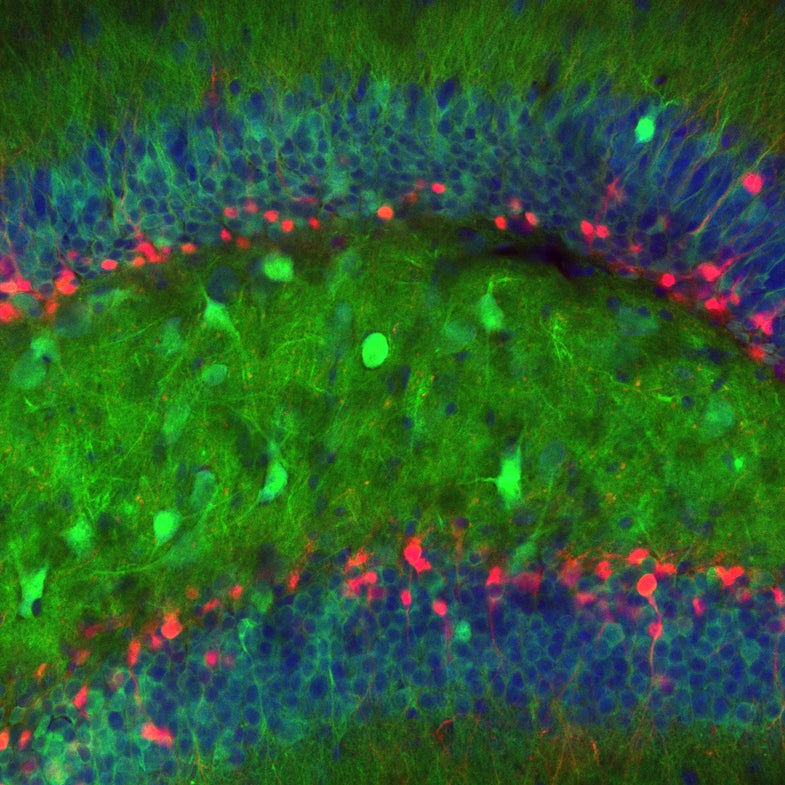 Scientists have watched newly formed neurons fire in a live animal for the first time. In a study published in the journal Neuron , researchers from the Columbia University Medical Center and the Mortimer B. Zuckerman Mind Brain Behavior Institute used a two-photon microscope to peer inside the brain activity of live mice as they ran on a treadmill.

The imaging method is particularly good at exciting and fluorescing molecules inside living tissues. And in this study, the researchers were looking at the dentate gyrus, a region of the brain that’s in charge of learning and memory. Inside that brain region, there are new neurons that form in the brains of adults, as well as more mature neurons, which are formed before birth. Those younger neurons were engineered to fluoresce red, and both types of neurons were engineered to fluoresce a glowing green when firing.

As the mice ran on their treadmill, they were treated to a variety of textures, scents (like the smell of a banana), sounds, and visual cues (like a blue light) in order to form these new memories of the experience. It wasn’t all pleasing scents and sounds, though. Some of the cues came with an electric shock, which was meant to make the mice associate those memories with a negative experience.

The researchers found that the younger neurons were more excitable than the mature neurons, firing off more indiscriminately. But that excitable period didn’t last long. After about six weeks, the neurons became more precise, like their mature counterparts. This excitable period might be the key to forming memories about new experiences. When using optogenetics–which can turn light-sensitive neurons on or off using light–to silence the younger neurons, the mice were unable to remember which treadmill experience was pleasant and which was accompanied by the unpleasant shocks. Instead, the mice with the silenced neurons feared both unknown scenarios.

Because this response is what often happens in conditions like anxiety or PTSD, this research could help scientists better understand how these cells affect the brain and how to create therapies.