Cupertino Has Announced Their Announcement 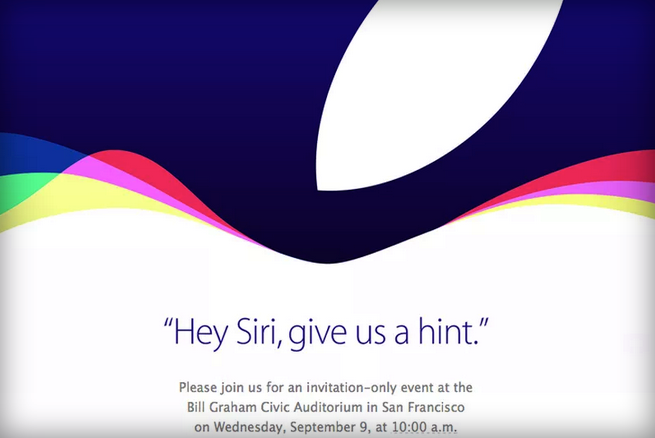 Apple has confirmed the iPhone 6s announcement event for September 9 at 10am PST at San Francisco’s Bill Graham Civic Auditorium. Although the company isn’t saying what will be featured at the event, it has left several hints in the iPhone’s voice assistant Siri. When you say to Siri “Give me a hint,” the voice assistant replies with a cryptic message.

Apple’s upcoming media event has been expected to take place on September 9 for quite some time. It’s exactly the same date that Apple held their fall event in 2014 as well, when the iPhone 6 and Apple Watch was announced.

Many experts believe that Force Touch—a new feature that allows touchpads and touchscreens to determine how much pressure is applied to their surface—will be added to the iPhone 6s. Force Touch is already available in the Apple Watch, and it was added to the newest Macbook earlier this year at WWDC. In addition to new hardware, many expect iOS 9 to be rolled out to existing iPhone 6 handsets and any new ones that are announced. Other changes that are expected include a better camera, faster processor, and thicker design to prevent bending.