“The future of TV is apps,” said Tim Cook at Apple’s fall 2015 event, announcing an all-new Apple TV at the company’s fall event in San Francisco today. Apple’s set-top box has allowed viewers to stream Netflix, YouTube and more on their television since its debut alongside the iPhone in 2007, but this is the biggest update to the product since 2010, with lots of new functionality added today.

The Apple TV will now run a new version of the set-top box’s software called tvOS — featuring support for third-party apps, and a UI influenced by iOS 9. Apps made for tvOS will run on directly on your television, without requiring iOS users to use AirPlay on their iPhone or iPad first. 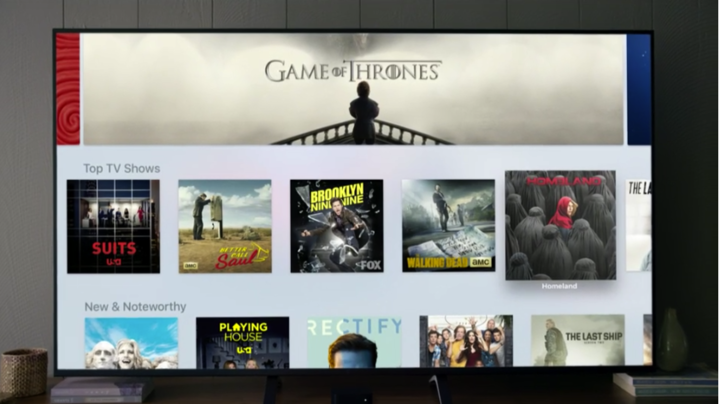 Apple TV’s tvOS also brings the arrival of Siri to the living room. Apple TV users will be able to use Siri to control media playback while using the set-top box, and ask questions of the digital assistant, like they can on their iPhones and iPads (“What’s the weather?”). In addition, Siri will allow for added features when tied in with your iCloud account—allowing you to send texts, set reminders and more. The new Apple TV remote will also include a Siri button. Asking Siri for a show or genre will offer users selections from across services; Netflix, Hulu, HBO Now and more, bringing Apple TV closer toward the comparative “universal search” viewers have sought. Further, Siri will allow for rewinding and turning on captions.

The Apple TV’s remote — long a source of frustration due to its limited “four arrow” buttons for navigation, and the fact it was infrared, meaning it always needed a line-of-sight — has finally been completely redesigned. The new Apple TV remote contains a touchscreen surface at the top. According to Apple’s product video for the device, we’ll see the top of the remote respond to directional swipes. The remotes touch features will also allow you to scrub if you’d like to rewind or fast forward. Touch will also be joined by motion, in a Wii-like effort to bring motion games to Apple’s television computer.

Apple Music will also be added to the Apple TV. Users will be able to load up the app and stream music via their television. 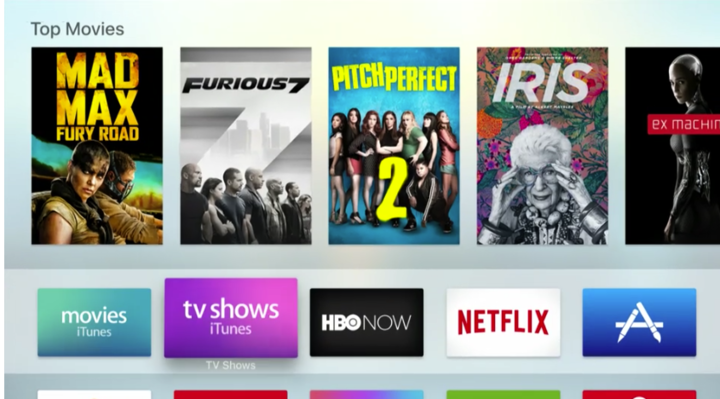 And along with music, comes games. The Apple TV will bring casual games to the largest screen in your house like Shadowmatic and Hipster Whale’s Crossy Road (with multiplayer added in). Larger games like Guitar Hero will also make its way to the new Apple TV. Popular non-game apps like AirBnb and Zillow will make their way to the Apple TV as well. Using the MLB app, baseball fans will can view scores and receive notifications of upcoming games. Upon selecting a notification, viewers will be taken straight to the current game either fullscreen or picture-in-picture to view two games at once.