Is there a way to send excess rainfall to the desert?

You would need a very, very big boat 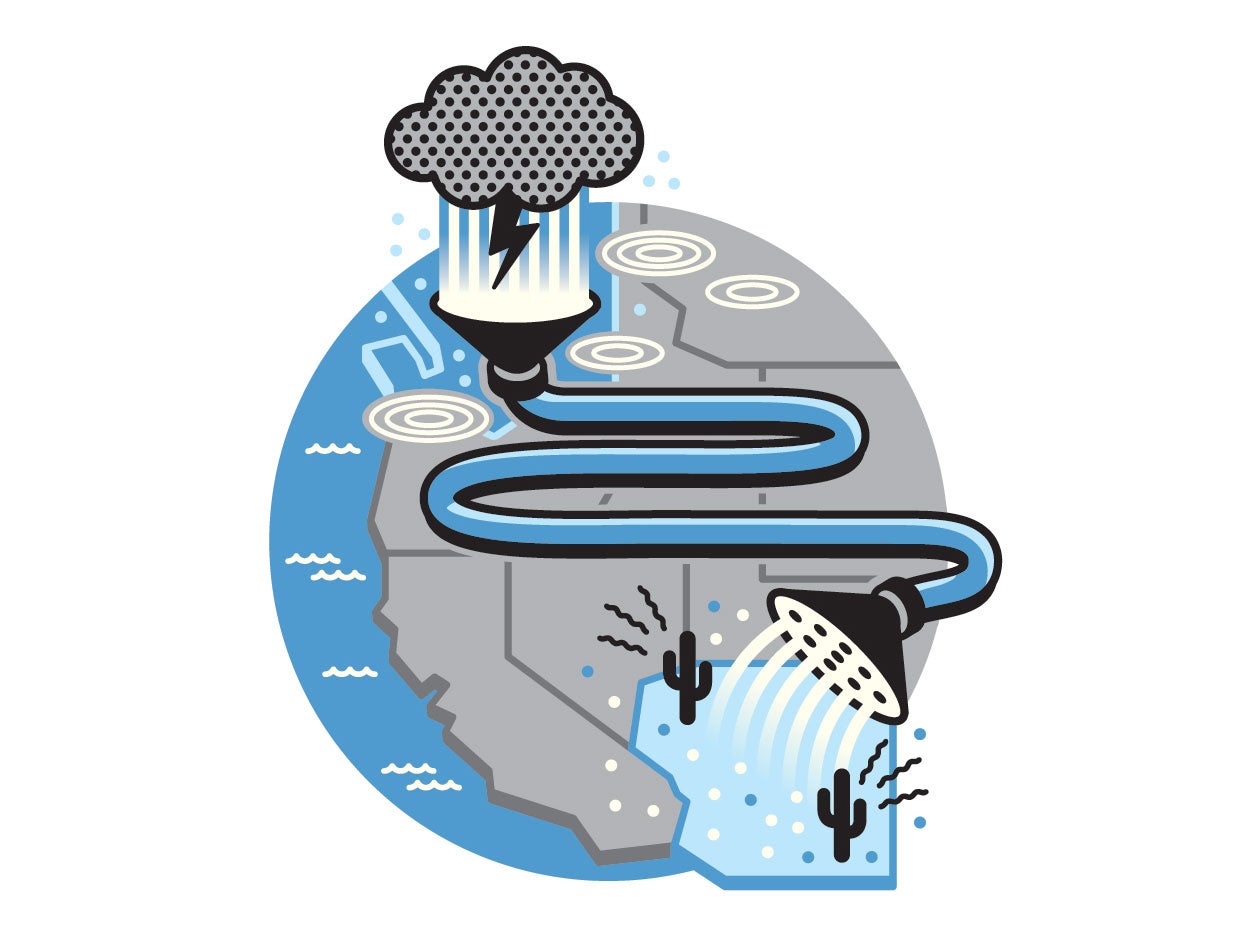 Nearly every water-ferrying proposal flounders on the same challenge: Water weighs a ton. Literally. A cubic meter of it—the size of a washing machine—tips the scales at 2,000 pounds.

A convoy of trucks or cargo ships carrying the stuff might quench a short-term thirst. But the fuel costs, says David Cwiertny, a civil engineer at the University of Iowa, would sink your efforts. A hundreds-mile-long canal (like those in California) would also work, but it would take at least five years to finish. By then, your drought might be over.

Correction: A version of this story that appeared in print stated that David Cwiertny was a civil engineer at Iowa State University when, in fact, he is a professor at the University of Iowa. The online version has been updated to reflect that. We regret the error.