Insurance Agents Are Pretty Freaked Out About Climate Change 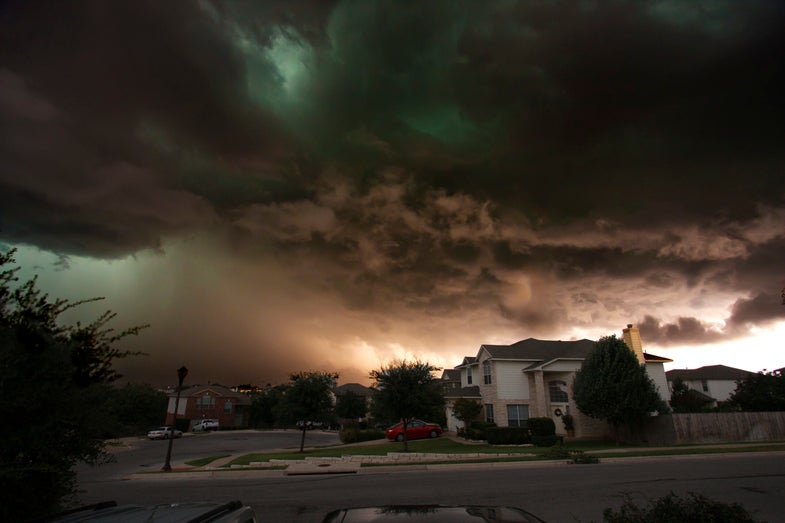 Rarely does a document prepared by an insurance group read like an apocalyptic screenplay. But it does happen. In this case, Lloyds, a storied insurance market put out a report outlining the potential global meltdown that could occur if parts of the food supply chain failed.

It turns out that without food, society could go down pretty quickly. The report looks at what would happen if just three weather events (for example, drought in one area, too much rain in another, and disease in a third) threw off crop yields. They found that even a small reduction in the amount of crops like wheat, rice, and soybeans could lead to skyrocketing food prices, riots, declines in the stock market and political instability.

And what could make all of this just that much worse? Climate change:

Sounds bad. But it gets worse. The horsemen of the climate change apocalypse in this case are Extreme Weather (who rides with drought, floods and wildfires, all of which are slated to get stronger with climate change), and Pestilence, who sticks around in the form of agricultural pests and diseases (which also get more prevalent with climate change). Loss of crops because of weather or disease could strain food supplies, and tensions over food supplies between governments mean that War and Death get to come along for the ride too. The band’s back together!

The report, Lloyds stresses, is not a “prediction” but rather “an exploration of what might happen based on past events and scientific, social and economic theory.” Let’s hope we don’t end up living in it.