How you say “coffee” or “tea” depends on ancient trade routes

Are you more of a koffie or te person? 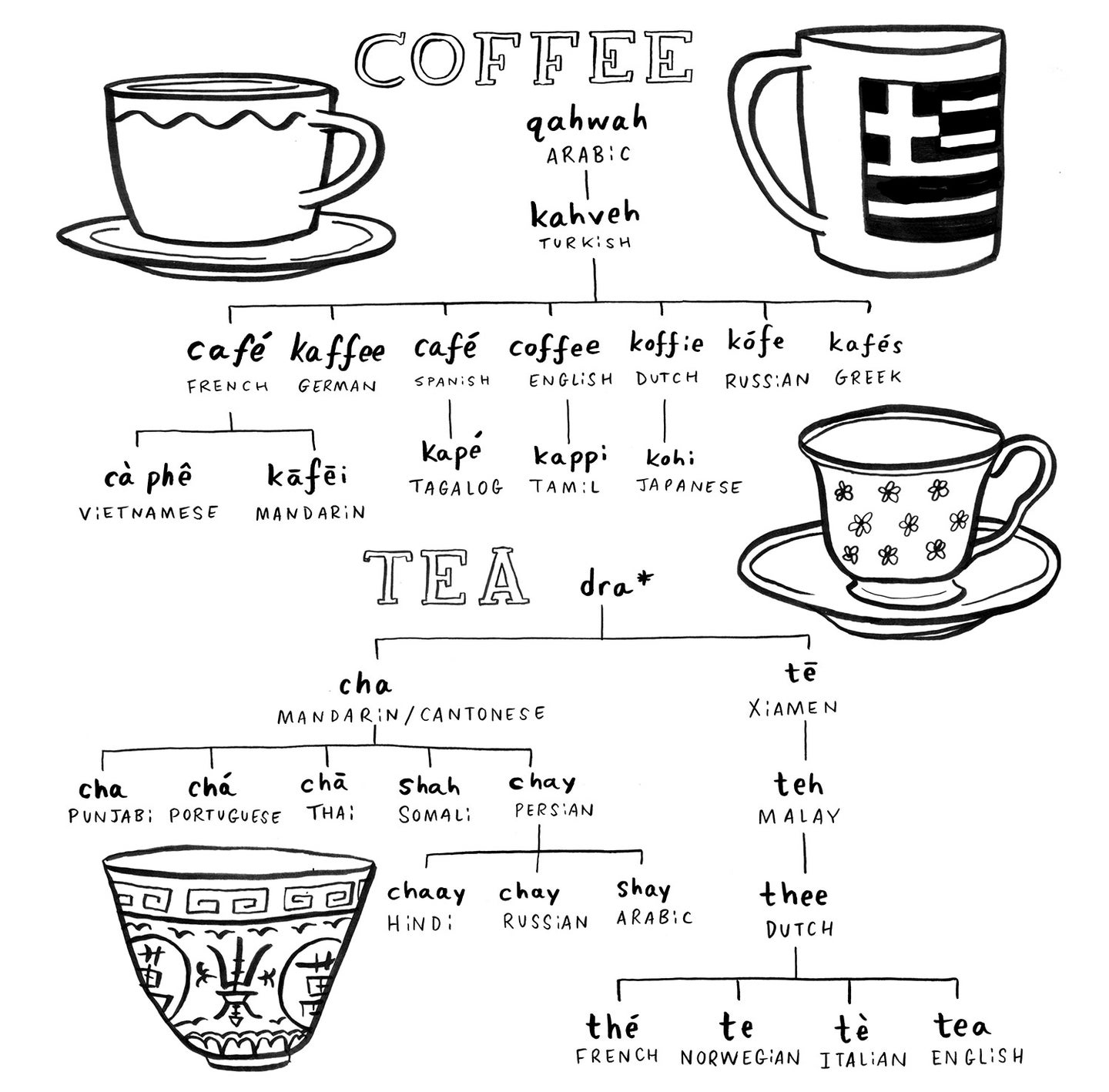 *This is a reconstruction of what linguists think the ancestral root for tea was, rather than a term in a known language. Illustration by Joel Holland
SHARE

Coffee or tea? No matter where you are, You’ll recognize the words for each. That’s because humans have transported them, along with the potables they represent, for centuries. Ottoman Empire merchants brought coffee from Yemen to Turkey and on to Europe. Tea hitched a ride from China via the Middle East and along Dutch and Portuguese trade routes to the rest of the world. This is how, with each trip, locals adapted the verbiage.

This article was originally published in the Transportation issue of Popular Science.