How to get the best possible gas mileage

The price of gas is creeping up, here's how to cut your bill. 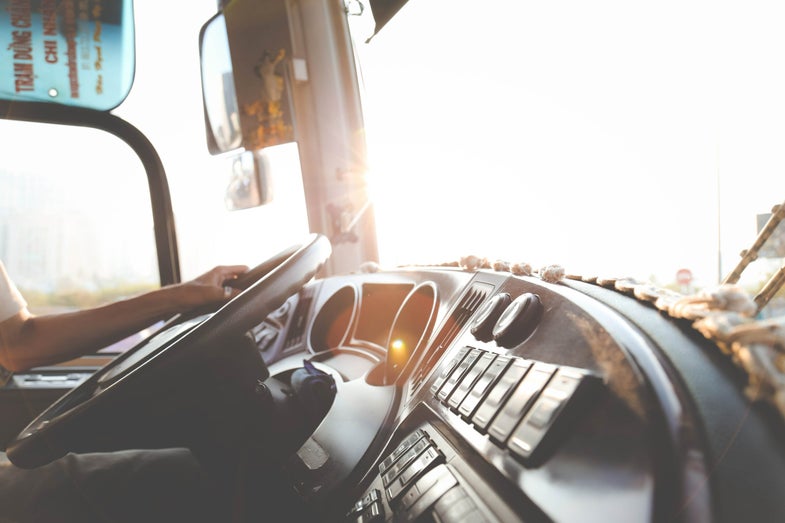 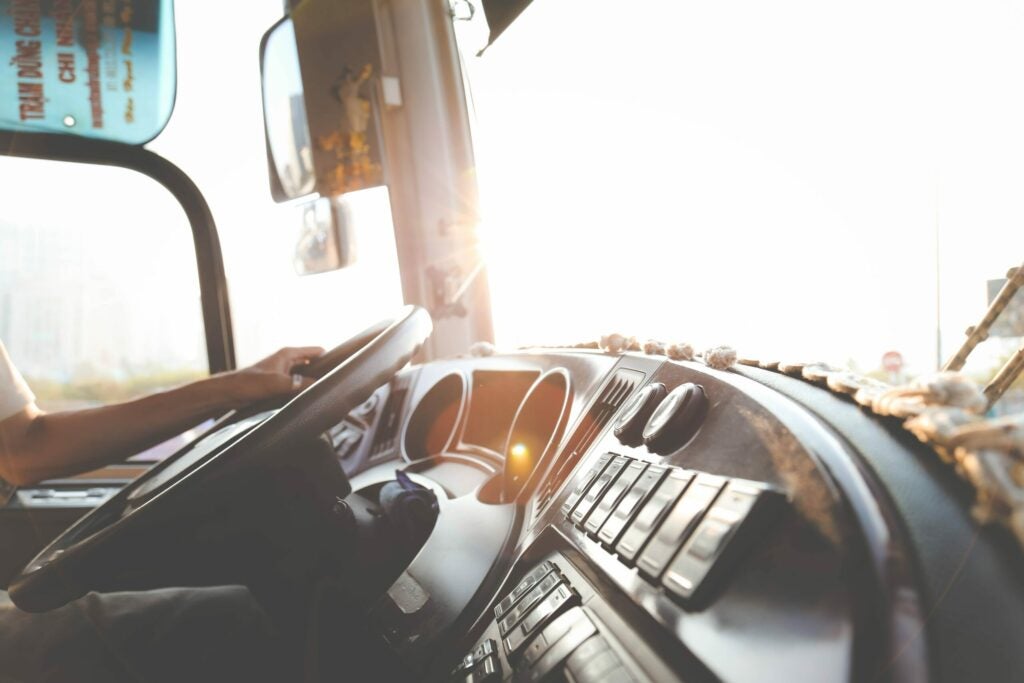 Drive to save gas

The vehicle you choose and the way you drive profoundly effect your fuel efficiency.

There’s no shortage of bad advice on the internet for getting the best fuel economy out of your car. Mileage is largely driven by the type of car you buy. Large vehicles burn more fuel while small ones require less, and Americans love the former — so far in 2018, light trucks have outsold cars two-to-one, according to data from Kelley Blue Book. There are still a lot of techniques that can substantially cut down the amount of fuel you burn, whether it’s your daily commute or a summer road trip. It’s especially relevant in 2018 where the price of gasoline is the highest we’ve seen since 2015.

There are four factors to fuel economy: mass, aerodynamics, friction, and accessories. Having more weight, a brick-in-the-wind design, larger tires, or a complicated drivetrain, or more electronics in the car, and fuel use goes up.

“The biggest thing is keeping your speeds reasonable and keeping acceleration moderate,” says Nathan Wilmot, Vehicle Performance Owner for Vehicle Energy Integration at GM and unsurprising buzzkill. “Don’t drive excessively fast, and don’t accelerate and decelerate aggressively.” There’s a reason Jimmy Carter wanted us to drive 55 back in the 70’s. It turns out that fuel economy typically peaks between 25 and 50 mph. Larger, more powerful, and aerodynamic vehicles typically thrive at the high end of that range, while smaller and lighter vehicles do better at slower speeds. Once you’ve reached your preferred cruising speed, turn on your cruise control to stay there. Even the best drivers will vary the speed of the vehicle in minute ways that end up wasting fuel.

Be smooth, he advises. Let the vehicle slow down naturally without applying the brakes. Every time you hit the brakes, you’re turning on the brake lights (which pull power from the alternator) and wasting kinetic energy as friction and heat.

Hybrid vehicles are a slightly different story when it comes to braking. “We’ll do brake blending, combining the effects of friction brakes with the regenerative capability of the hybrid system,” Wilmot says. “It changes the dynamic a bit, but you still want to be smooth and not brake aggressively. You’re still dealing with ‘F=MA’, putting a lot of energy into increased acceleration rate that you won’t recover.”

The amount of energy used to accelerate is mainly driven by the mass of the vehicle. It’s basic physics. An object at rest wants to stay at rest, and it takes a lot more energy to move a 5,500-pound Cadillac Escalade than it does to move a 2,500-pound Honda Fit. Get into higher speeds, and you mainly deal with aerodynamic loss, which increases with velocity squared (more physics!). At high speeds, it’s possible to see as much as a five to 10 mpg difference simply by dropping your speed 10-15 mph, he says.

For car designers working to hit ever-tightening fuel economy standards, every little bit counts. The friction of tires on the road is called rolling resistance and it increases as tires get larger and vehicle weight goes up. An all-wheel or four-wheel drive vehicle will burn more fuel than a two-wheel drive car because there are increased driveline losses.

For a truck like the Ford F-150 or Chevrolet’s Silverado, which will sell millions of units over its lifetime, each going for perhaps more than one hundred thousand miles, even a tiny percentage increase in fleetwide fuel economy turns into a massive gain at scale. That’s why car designers obsess over every ounce that goes into their cars. Sure, an extra pound of wasted metal in the chassis of a 4,200 pound vehicle might not seem like a lot, but it could result in millions of gallons of extra fuel usage over the entire fleet. And on that note, you should make sure you’re only hauling around what you need in the car. Clearing your trunk of stuff you don’t need can make a difference.

My grandfather used to joke that his old farm truck had two-55 air conditioning: roll down two windows and go 55 mph and you’ll be nice and cool. It wasn’t true, especially in the hot Alabama summers, but a lot of people believe windows are better than air conditioning. And they are… to a point.

“At low speeds, windows work great. The aero impact is low,” says Wilmot. “But at higher speeds, shut your windows and turn the AC on. Somewhere in the 30-40 mph range.” A good basic guideline is to roll up the windows when you get off the residential city streets and onto higher-speed secondary or highway roads.

Oh, and turn on your cruise control. Even the best drivers will vary the speed of the vehicle in minute ways that end up wasting fuel.

Running the manufacturer’s recommended fuel octane is key, too. A lot of smaller, modern engines use turbochargers to produce more power out of a smaller displacement. But in order to run most efficiently, they need a higher octane fuel. Without it, you risk knock — or improper combustion of the air-and-fuel mixture in the engine.

“As soon as you start running lower octane, you run into knock concerns so we adjust some of the calibrations actively to avoid knock. But, by avoiding that, we have to make the engine run less efficiently,” Wilmot says. “If you have a vehicle that has recommended or required premium fuel, to maximize your fuel economy and performance, you should be running the recommended fuel.” For engines that don’t require premium fuel, though, running higher octane won’t make much difference from a fuel economy perspective.

Keeping your car properly maintained can make a huge difference. Keeping the chassis and wheel alignment correct and the appropriate tire pressure is always good advice (check the sticker on the driver door of your car for the manufacturer’s recommended tire pressure), and check engine light can signal an issue with the emissions system. “Emissions and fuel economy are directly related, so if your engine is doing something different because of a bad sensor, you should get that addressed as quickly as possible,” advises Wilmot.

Leave your auto-start-stop function turned on. “With a modern car, once you get into the warmed-up-vehicle-restart, there isn’t a significant penalty as long as the engine is turned off for 10-20 seconds. You’ve ‘paid’ for the restart easily,” he says.

Think about the whole driving experience

Then there are some more unusual behaviors that nonetheless can have a big impact on fuel use.

Avoid drive thru’s, and park and go in instead. It’s lost of idling that wastes fuel (and the walk isn’t going to kill you). In fact, any time you spend idling in your car—waiting to pick up your kids (or trying to escape from them for a little while)—is simply burning fuel for no reason.

You know those enormous American flags flying off pickups, the antlers and noses around Christmas time, and the window-mounted flags of your favorite sports time? Those can all have a incredibly high effect on fuel use, especially those drag-maximizing flags.

Naturally, a GM employee will also advise you to buy a new car, but if you’re looking to max out your fuel efficiency, it’s good advice. “Technology is advancing like crazy. The new cars keep getting better and better. The most effective thing we can do with greenhouse gases and emissions is to get older cars off the road and replace them with newer cars,” he says. “The iteration of advancements are happening at a much more rapid rate than in the past. 20 years ago, you bought a new car and a lot of the improvements and technology and innovation might take eight or 10 years to make a difference.

“Now, entire portfolios are flipping in two or three or four years, so iterations and improvements are coming much more rapidly across the board,” says Wilmot.

U.S. fuel economy regulations under the Trump administration may not end up as strict as President Obama’s EPA had proposed, but you can’t stop progress. As technology and materials improve, vehicle fuel economy will continue to improve.