You paid a lot to get into the theater, make sure it's worth the price of the ticket. 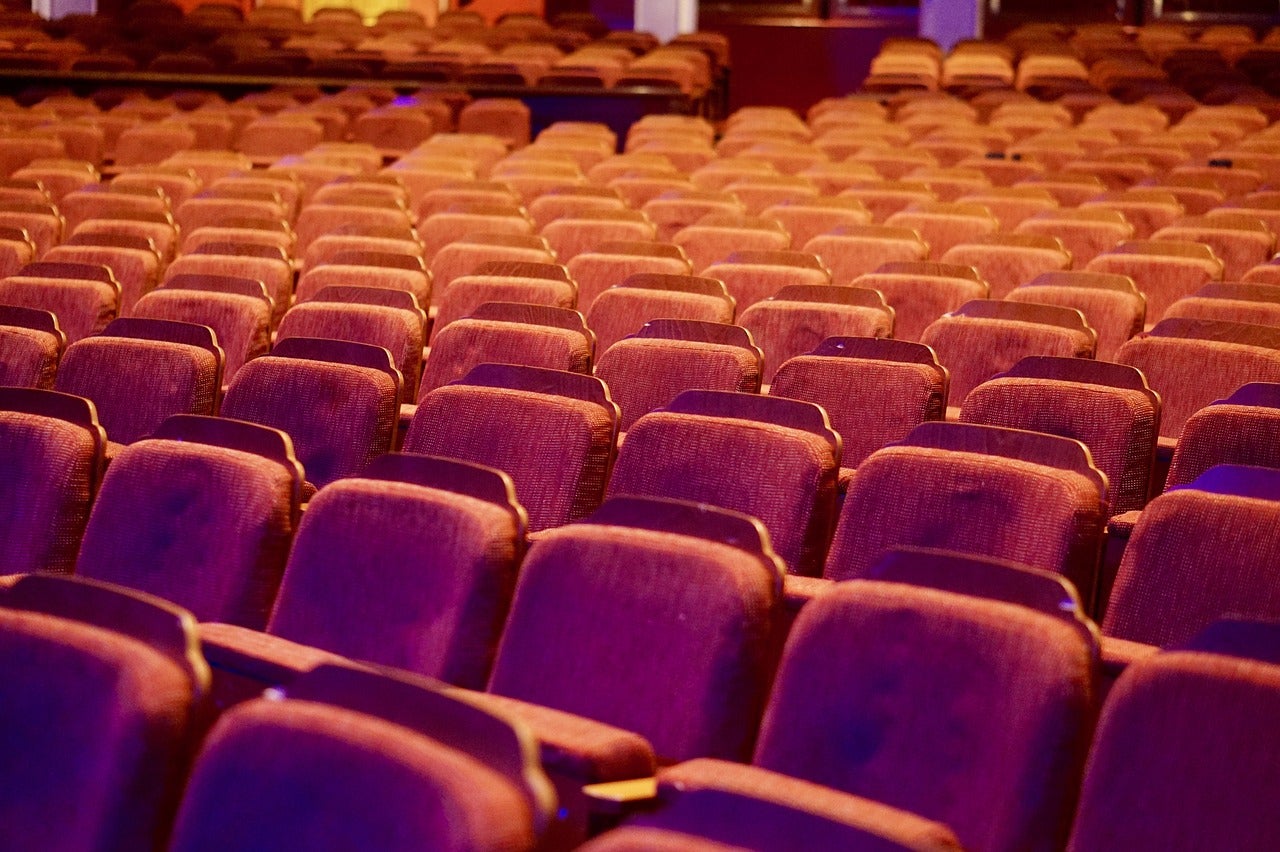 Nearly everyone at one time or another has had to endure seeing a blockbuster movie from the POV of a milk mustache under the main character’s nose. The front row is where the tardy are relegated, where those who have yet to master the chicanery of pre-orders and reserved seating must be exiled. There is no question that they are the worst seats in any house. The existence of a worst, then, must suggest its opposite: The ideal seat. The perfect focal point that maximizes your visual and aural experience. Does it exist?

For a standard movie theater with exit rows on the sides (as opposed to down the middle, as some older theaters have), the best spot is as close to dead center as you can get. “I’ve always felt the obvious best spot to sit in a movie theater is in the center of the room, center with the screen. This way your eyes are more centralized and not straining to catch things on the very left or right side of the image on screen,” says Joe Muto, head projectionist for Nitehawk Cinemas. You also don’t want to have too wide of a vertical viewing angle so you have to look too far up or down to see the whole screen. That’s a large part of what makes sitting in the front row so unpleasant for most people.

The center positioning is also good for sound. “You have the best placement for surround sound, and your ears catch the full effect of all the speakers in the house working together,” says Muto. Sitting too close to one side isn’t as much of a downside as it once was, at least from a sound perspective. Audio companies like THX now try to tune the speaker performance and arrangement to deliver more consistent sound to everyone in the room. Still, you have to trust your ears and listen for things like audible reflections, in which sound echoes off of non-speaker surfaces in the room and can make dialog sound muddy or hard to understand.

A lot of it depends on factors beyond just seat location, which can be frustrating if your theater isn’t all that engaged in improving or monitoring the customer experience. “Often, theaters will not regularly update their projector lamps, causing the brightness of the image to dim significantly over time,” says Muto. “That can absolutely affect the viewing experience. Keeping the projector lamps up to spec, especially in a very big auditorium, is crucial. Especially for a mainstream or Hollywood movie.” In a case like this, you’re not going to get the best experience no matter where you plunk your popcorn.

When you factor IMAX, however, the variables aren’t exactly the same. “We have a patented design for our theater geometry,” explains Brian Bonnick, chief technical officer for IMAX. “We start off with a screen that goes from wall to wall, floor to ceiling as opposed to having – in most theaters – a frame around it. The second step is that the seating deck is stadium style, and it’s much closer to the screen. So your field of view becomes much larger, from any seat in the theater.” Sitting in the front row as opposed to the back row in a traditional theater means your geometric relationship to the screen is wildly different. Bonnick describes the IMAX system as “stouter,” with less variation from seat to seat.

They also extend this level of detail to the sound as well. “The loudspeakers are then designed where they’re going to sit in the venue. This is done independently for every single theater in CAD,” says Bonnick. “So when the guys arrive on site, they get an X-Y-Z coordinate for each loudspeaker, for where it is to be hung. Once it’s mounted there, we have a target little bigger than a hockey puck and it is stuck somewhere else in the theater and we use a laser to aim each loudspeaker to its individual target. And those targets are all calculated so that each loudspeaker’s sound dispersion is hitting every seat in the theater evenly.”

Still, even when he’s in an IMAX theater himself, Bonnick finds himself adhering to the “2/3 of the way from the screen, in the middle” concept—even though he admits he does so “more out of habit than anything.”