One of the things I struggle with often on my blog is how far Boxplot can veer away from science... 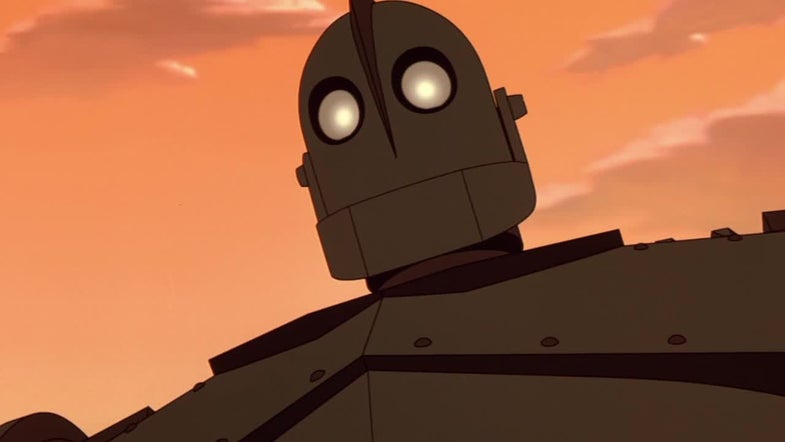 One of the things I struggle with often on my blog is how far Boxplot can veer away from science content while still maintaining science comic status. If you’ve followed me a while, you know my views on the nature of politics (mainly that everything is political because every aspect of human existence is shaped by the decisions of those in power). Nonetheless, I try to respect those who subscribe to this blog expecting science stuff by sticking to posting science stuff. Because I know that if I subscribed to a pizza blog and they kept writing about climate change, while I’d understand that climate change is a real and very important issue, I’d be scratching my head and wondering why there wasn’t more pizza.

On that note, here’s something not strictly sciencey. Sorry. But I have to share this video about the animated classic, The Iron Giant by Gearbox Software creative director and pal Mikey Neumann. If you aren’t familiar with his show, Movies with Mikey, I implore you to go subscribe to it. His library is quickly growing, and there are more than a few films in it that I’ve only seen because I saw he had an episode dedicated to them. The show is that good. The Iron Giant, if you haven’t seen it, is also fantastically good. I consider it one of the greatest films ever made. This list, for me, also include Raiders of the Lost Ark, so you can judge my tastes from there.

I wanted to share the video above with all of you not only because it’s a great show and a great film, but also because of the greatness of the message it holds during these times.

2016 has been a doozy of a year with the election rapidly polarizing the American people and the emboldening of white nationalism in America thanks to the call to “Make America Great Again”. The mass shooting (now one of so, so many) in Orlando forces us to answer for our country’s serious homophobia and islamophobia problem. The recent Brexit decision not only raises alarm for scientists in the UK whose work is funded by the European Union, but the campaign to leave bears so much of the same rhetoric as the Trump campaign that the comparison between the two is not only undeniable, but even the two movements proudly admit it. On top of that, it was preceded by the assassination of Jo Cox, the first English MP murdered since 1990, for her pro-immigration views.,

In a year where politicians around the world are telling their followers to be frightened of those who are different from us, and succeeding. More than ever we need messages that teach respect and understanding, instead of fear and hatred.

If you want more of my non-science stuff, let me know! I release many of the comics I deem too off-topic for Boxplot onto my twitter, but it’d be nice to get them posted all in one place sometime.

Also, consider supporting me on Patreon, if you just can’t get enough of me