Why Rock Falls Happen On Hotter Days In Yosemite 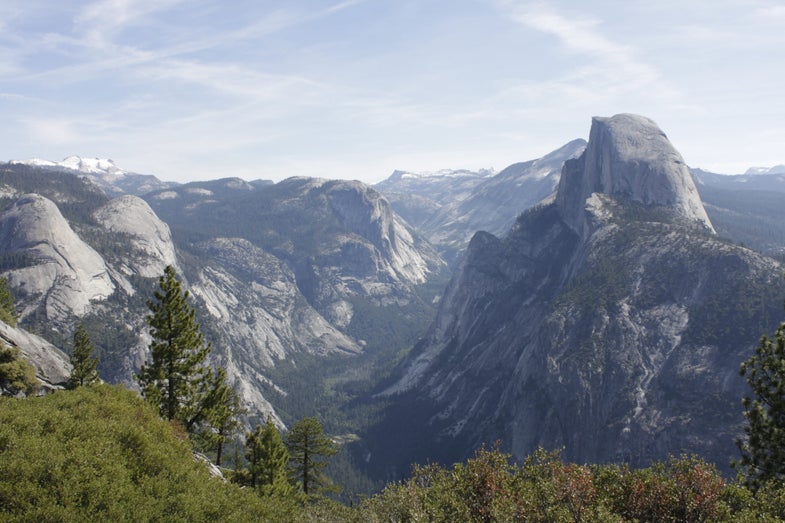 Oh, those lazy, hazy, crazy days of summer…when slabs of rock are more likely to smash to the ground.

In a paper published in Nature Geosciences, researchers found that in some areas of Yosemite National Park, large slabs of granite were more likely to detach from the famous rock faces of the park on the hottest days of the year.

The broad, open areas of rock of Yosemite are a paradise for daring rock climbers. These rock faces also have a fondness for exfoliation.

Yeah, you read that right. Just like a person might exfoliate dead skin cells from your face, granite exfoliates too, it just uses cyclic changes in temperature instead of an orange-scented scrub for the process.

Geologists have witnessed exfoliation before, but these researchers wanted to quantify the exact conditions under which a slab of granite would detach from a wall. They set up instruments in cracks along rock faces in Yosemite, and watched and recorded data for three and a half years. They saw one crack expand and contract by half an inch over the course of a day in the sun. Half an inch might not seem like much until you stop and think that it’s a massive piece of granite that is peeling like a bad sunburn. Not good.

The movement on hot days adds stress to the part of rock that remains attached to the rock face, and eventually, sends it crashing down to the valley floor.

“Summertime rockfalls have been something of a mystery,” Greg Stock, Yosemite park geologist asaid. “With this work we now have a plausible explanation for why they happen.”