Super-Thin Electronic Textile Could Dress You In Video 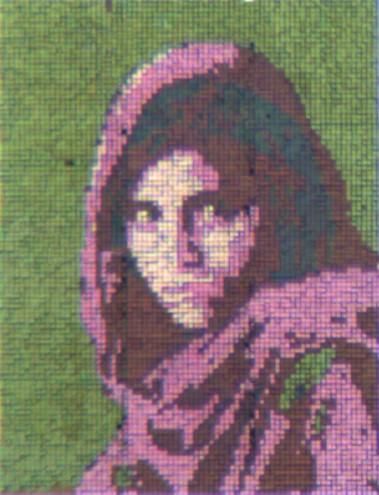 In the future you won’t have to worry about your coworkers finding out that you’re wearing the same shirt as yesterday, because you’ll be able to change its color and pattern.

In a recent study published in Nature Communications, researchers have developed a flexible, skin-like display that can change its color when voltage is applied. We already have tablets that are paper-thin, but this display is much thinner than a human hair. It can also achieve the full spectrum of color, and only takes milliseconds to alter. Until now, flexible displays could only obtain a limited color palette and took up to 10 seconds to alter.

By filling a metallic waffle-like nanostructure with liquid crystal, and sandwiching it between layers of plastic, the researchers were able to create an ultra-thin and more efficient display. Unlike the screen of a cellphone, this display does not need to produce its own light source. The amount of voltage applied to the liquid crystal sitting in the waffle’s wells alters its molecular orientation, and changes what wavelengths of ambient light are reflected or absorbed by the nanostructure.

The team at the University of Central Florida created a 1mm-sized “Afghan Girl” image, and applied different voltages to alter its color. Blown up, the image looks pixelated, but Debashis Chanda, who led the study, said that larger displays would have as good an image quality as a television.

“If you look in nature, your octopi and your chameleons actually create color based on their skin and ambient light,” said Chanda. “Any surface where you want to change the color or the pattern, you could use this kind of technology.”

Chanda thinks the technology can be produced cheaply, on a large area and on any flexible substance. Not only could it be used to create e-readers that can be read like a magazine, he says, but it could also be used in the development of smart camouflage gear, color-changing fashion items and wall-sized screens.