What do you do with so many screaming faces? Delete them, apparently 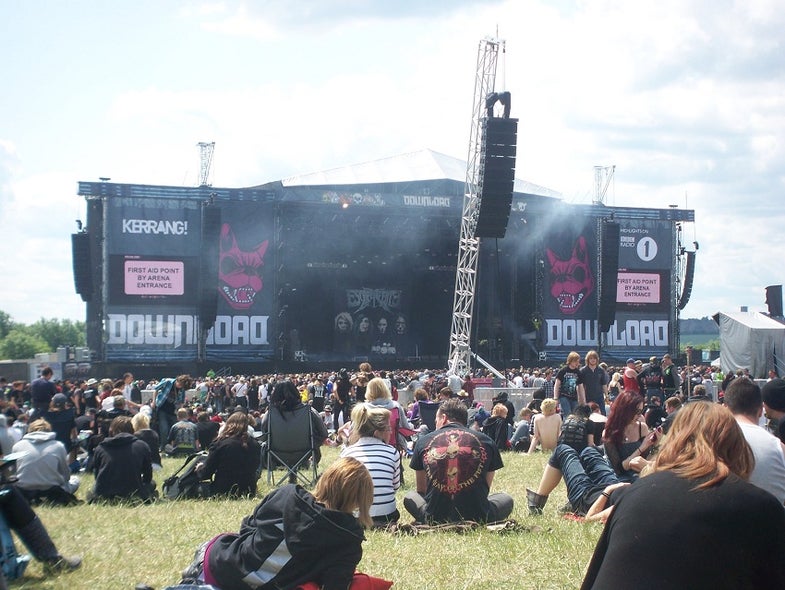 At a music festival called “Download,” British police scanned 90,000 faces to look for criminals, and then promptly deleted them all. Held last week in Leicestershire, the festival was headlined by Slipknot, known for their masks, Muse, whose latest album is called “Drones”, and KISS, whose iconic makeup foreshadows algorithm-defeating dazzle paint. To match the feel of the concert, Leicestershire police used facial recognition software to detect “known offenders“, the BBC reports. Rather than resorting to the old-fashioned method of looking at the faces of known offenders on paper, Leicestershire police scanned attendees’ faces for software to compare.

Leicestershire is hardly the first city to use surveillance technology at a concert, but their Download festival is one of the largest. Last summer, Dig Boston reported that for Boston Calling’s 2013 festival, the city tested people-parsing software, which looked through video footage to match skin tones, shirt colors, and other factors so that people in the video could be tracked and identified. While there is less expectation of privacy in public than there is in private, it still feels unsettling.

It also leads to the weird problem, as the Leicestershire police found out, of what to do with the footage after the event. Rules that govern the creation of official records have been slow to catch up to the modern age, where cheap, always-on cameras can easily collect thousands of hours of surveillance footage. What the government does with it after collection is the subject of some debate in the United States. Although it’s good that the British police aren’t holding onto the data, it’s unclear whether they deleted it as a matter of protocol, as a way to protect the information of innocent concert-goers, or in response to outcry about collecting the pictures in the first place.