Creator Of Most Efficient Supercomputer To Start Working On Drone-Bugs

Wu-chun Feng will be getting $3.5 million over three years for his services. 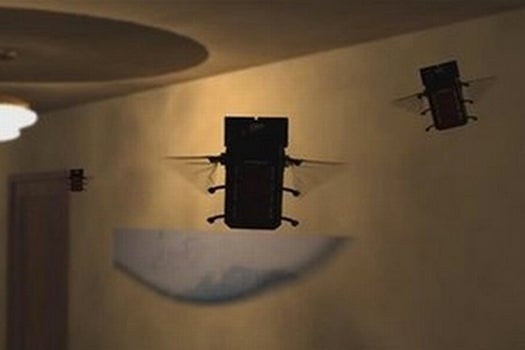 Wu-chun Feng, an associate professor of computer science in the College of Engineering at Virginia Tech, is the creator of Green Destiny, a supercomputer so efficient it basically ran on a couple of blow dryers’ worth of power. He also made a list for ranking the efficiency of supercomputers, called the Green 500, then turned around and topped the list in 2011 with another computer: HokieSpeed. The next logical step would be to keep making incredilbly efficient computers, but instead, Feng is doing something slightly different: making robot drone-bugs.

The Air Force wants someone who can help make more efficient micro-air vehicles, or MAVs, tiny robots that can act do reconnaissance, and they’re giving Feng $3.5 million over three years for the career adjustment. Researchers have made 10-centimeter ‘bots already, and one scientist got down to 3 centimeters by using a wire to feed it power. Just today, in fact, we saw a pretty teeny drone. But they’re still a little too clunky to be used widely.

Feng and his team will try to fix that by using software to model airflow over the wings of MAVs, hopefully teaching them how best to stabilize the super-small machines in flight. It’s not clear yet exactly how this is going to happen, but I guess that’s why Feng’s getting three years (with an optional two-year, $2.5-million extension) to work that out.