This Weird Antarctic Building Can Ski On Ice 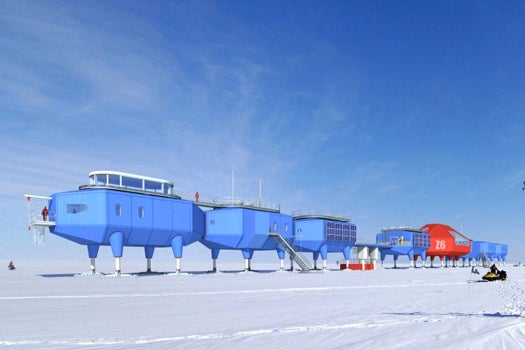 This is the Halley VI Antarctic research station, and today it officially opens as home to up to 52 (very cold) scientists working as part of the British Antarctic Survey.

The Seuss-like $40.6 million facility, designed by Hugh Broughton Architects, is built to withstand the elements on the floating Brunt Ice Shelf. Stationary buildings can get buried under the 3 feet of ice that piles up annually here. So the Halley VI architects cleverly added hydraulic legs to the bottom of the building. The legs can be maneuvered so that the structure climbs out of the built-up snow.

As Gizmag points out, giant skis attached to the bottom of the legs solve another problem: Stationary buildings on the ice shelf risk being caught on a broken-off piece of ice. But by towing these buildings away from danger, the scientists can continue their work on dry, icy land. 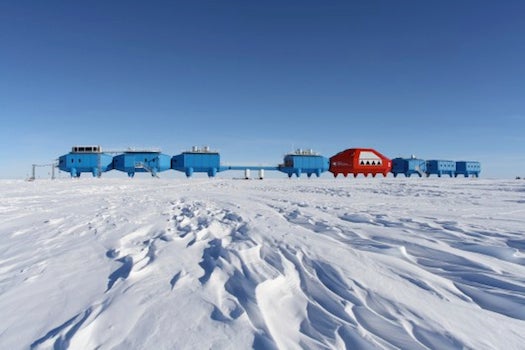 The building is largely made up of blue pods that’ll act as research rooms or living rooms (complete with a bedside lamp that can simulate sunrise during around-the-clock-dark winters). A red pod in the middle of the blue pods works as a communal living space, acting as the go-to spot for eating and recreation.

The Halley VI Antarctic research station is, as the name implies, the sixth in a line of Halley facilities that date all the way back to the late 1950s. Data from Halley led to the discovery of the hole in the o-zone layer, so we’re expecting big things when this version’s fully operational in the coming weeks.