The untapped potential of the 'world's strongest material' may not remain untapped for long. 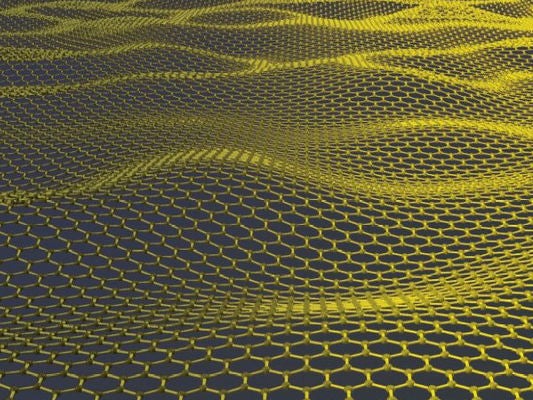 Laboratories receive research grants all the time, but not quite like this one: a consortium of companies and research labs (phone giant Nokia is carrying the flag for the electronics researchers in this group) has received a $1.35 billion (emphasis: that’s a billion with a “b”) grant from future technologies wing of the European Union to develop graphene for practical applications. That is, a bunch of European researchers just received a billion euros to develop the strongest material in the world. A comparable grant has been given to the Human Brain Project, which is working to build a simulated brain.

Though not a new material by any means, graphene has yet to really come into its moment. The term “graphene” was around going back to the 1980s, and the material existed in the lab in some forms at least a decade before that, but it wasn’t until the mid-2000s that researchers really started to manipulate and produce it in ways that began to unlock its potential (this research netted the 2010 Nobel Prize in Physics, by the way). It is a 2-D pure carbon material, a single-atom-thick layer of carbon atoms arranged in a particular hexagonal pattern that makes it somewhat similar to graphite, if graphite was a good deal more awesome. It is extremely light, an excellent conductor with some interesting optical properties that haven’t been fully explored yet, and is something like 300 times stronger than steel.

It’s an amazing material, is the point. But as noted above, researchers haven’t quite tapped graphene’s full potential and that’s exactly what this one billion euro investment from the EU hopes to do. Most researchers don’t see graphene as replacing most of our conventional materials or radically altering the devices and objects that populate our lives, but it has vast potential to enhance a wide, wide range of materials and products that are already out there. Like iron or plastic or silicon, a lot of materials scientists think graphene is going to be one of those things that quite literally launches an era, like the Industrial Revolution or the Digital Age.

That’s why this grant is significant, but don’t expect the graphene epoch to kick off overnight. This is a lot of money, but it’s also a ten-year research project involving more than 100 research groups. This kind of large-scale collaboration can make for excess bureaucracy and slow going on the research front (particularly at first), but the aim here is holistic. The EU doesn’t want to fund just one avenue of research or explore one potential application, but to unlock graphene’s potential across industries and economies.