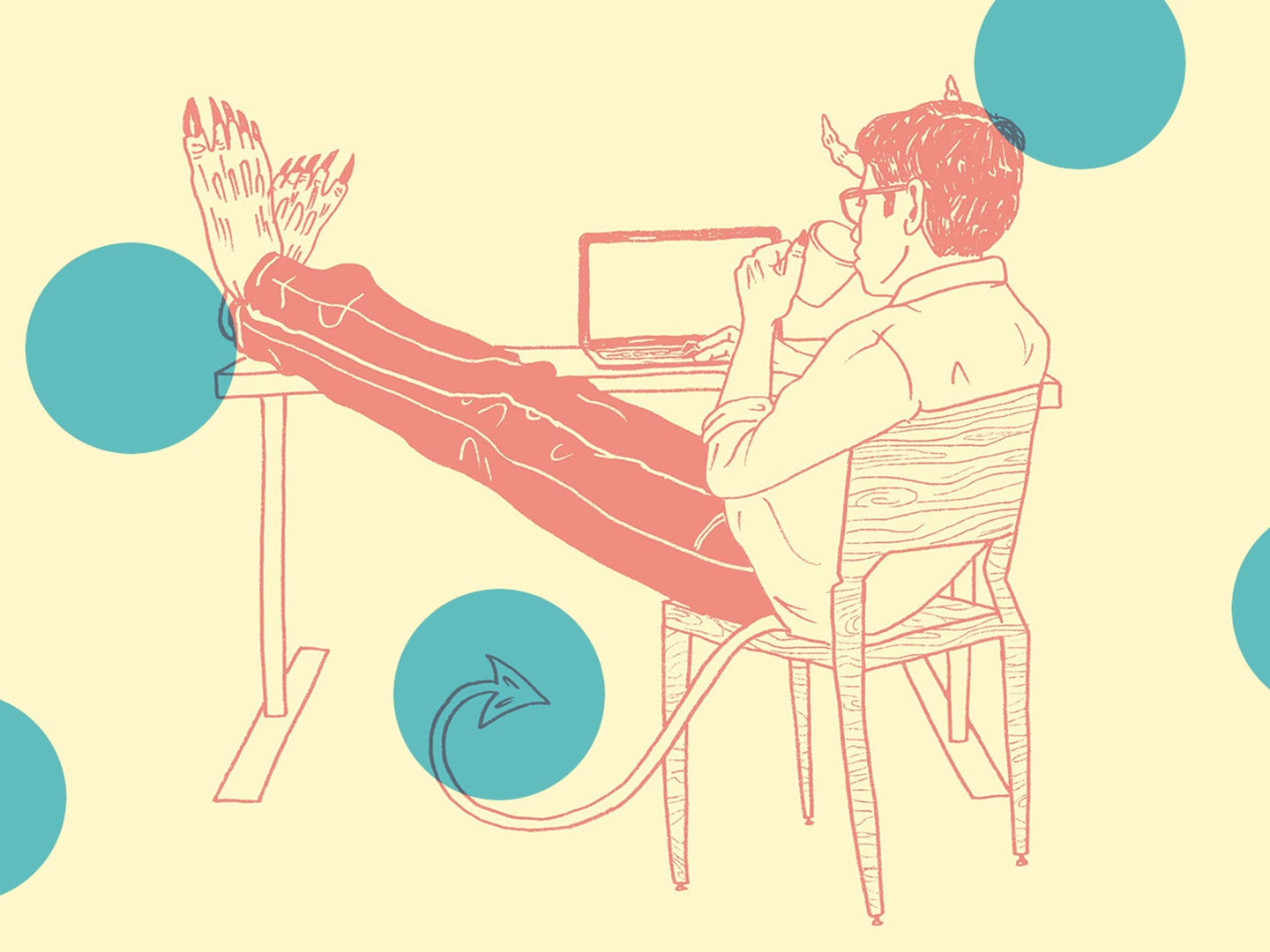 Does playing devil’s advocate do more harm than good?

Playing devil's advocate in public meetings or online can have unintended consequences.

THE DEVIL found his first advocate in the church. In 1587, Pope Sixtus V established the role of Advocatus Diaboli, a Vatican official whose job was to combat any biases the pontiff might hold when advancing a candidate for sainthood. The Advocatus Diaboli would present counterarguments and dissect the validity of miracles thought to have been performed by the person in question.

The role has evolved since its religious beginning into a less formal but more sinister one in our day-to-day lives. Now psychologists know that playing devil’s advocate in a public meeting or Twitter thread can prove unnecessary and, in some cases, harmful.

From the historical church to modern boardrooms, the devil’s advocate was intended to be a crusader against groupthink, a phenomenon that can hinder proper decision making, explains Jeremy Jamieson, a psychology professor at the University of Rochester. Typically—say, during a business meeting on a new marketing campaign—the person playing the role is assigned to push back on the dominant ideation. The goal is to stop the group from reaching a decision without considering unintended consequences.

But when the conflict is fabricated, it may not be helpful. The work of Charlan Nemeth, a psychology professor at the University of California, Berkeley, indicates that the devil’s advocate isn’t as persuasive as a true dissident who believes what they’re putting forth.

The role can also have adverse psychological effects on the antagonist and those being antagonized.

In a 2014 study in the Journal of Experimental Social Psychology, Jamieson and his colleagues found that those assigned to deliver negative feedback to others experienced “psychological threat” to their sense of belonging and self-esteem. This discomfiting mental state arises when the advocate feels unable to address the stressors—such as potential negative social feedback—that come from pushing back against the group. As a result, the infernal stand-ins were overly conciliatory to the people whose points of view they were attacking. The study also noted that being on the receiving end of artificial flak was even more harmful: People felt as if they were being bullied.

The researchers also saw that the person commissioned to play the devil’s advocate frequently ended up apologizing, which could be a disadvantage to the role in itself, says Jamieson. “They’ll overcompensate in future interactions with those individuals that they had to be negative towards,” he says.

When Beelzebub’s proxy appears during everyday conversations, such compassion is often lacking. In these environments, the idea of a devil’s advocate has evolved into an insidious way of airing problematic stances. This can get particularly pernicious online, whether it be in a Facebook group or the open discourse under a news article. Under a real identity or an assumed one, social media users can easily pull others into fruitless arguments, often just to serve their own interests. “Anything that involves dissent or negative commentary is typically amplified in these settings,” Jamieson says. “People are often more willing to write aggressive, critical comments online than they would be to deliver such feedback face-to-face.”

Adopting a counterintuitive persona has also become a tool to air unpopular opinions. “More recently, when people want to say something they think might offend somebody, they might add, ‘hypothetically,’ or ‘playing devil’s advocate,’” Jamieson explains. But this doesn’t align with the proper definition of the role. Rather than exploring counterarguments, these impersonators might be trying to couch disagreements in hypotheticals or get others to accept the bigoted or generally unacceptable points of view they actually hold.

For instance, in conversations about racism, hiding behind the devil’s advocate’s mask can allow someone to undermine the experience of a person of color. Or, worse, gaslight someone about their lived experience.

Maya Rupert, a political strategist, wrote about such an incident in a 2017 Slate article. After she presented at a conference, a member of the audience told Rupert, who is Black, that she’d gotten into law school because of affirmative action. Later, one of Rupert’s white friends put on his horns and asked her to consider that person’s perspective. Maybe she hadn’t earned her spot in her law school, the friend said, but he justified his claim as a counterargument, not his point of view.

Rupert shut this down by letting her friend know that her school hadn’t used race-based admissions since 1996, and she highlighted how the conversation, and others like it, taxed her emotionally. When people act as the devil’s advocate in this way, Rupert concluded in her piece, it’s to run from accountability and hide behind the guise of unbiased logic or hypotheticals.

Jamieson’s research supports this conclusion: Having a personal conversation with someone who protests without purpose only makes for a counterproductive interaction.

In most scenarios, the devil doesn’t need an advocate.

Ask Us Anything
Psychology
daredevil
membership