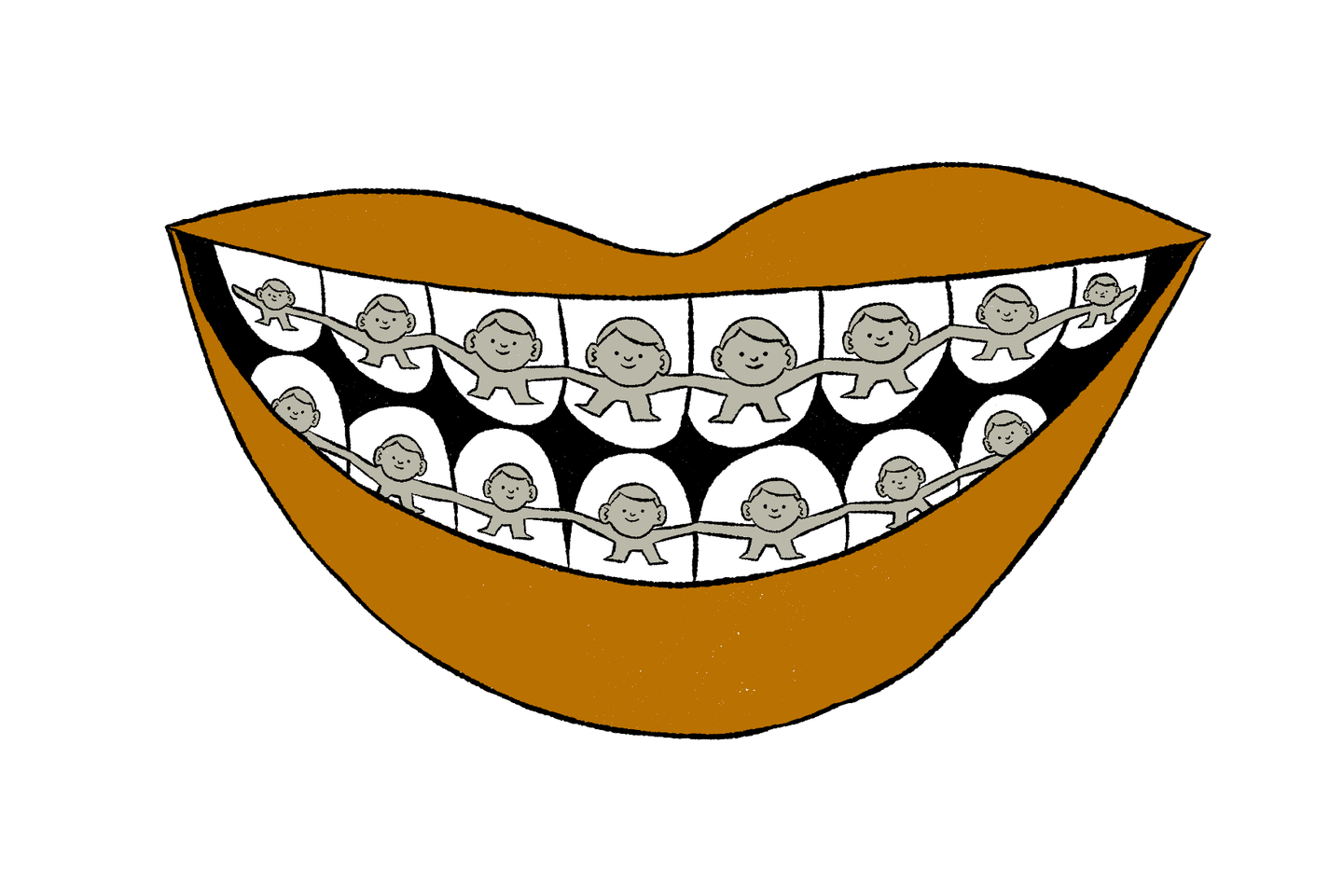 Why are braces made with metal?

WE’VE BEEN using metal to fine-tune our smiles since ancient times. In Egypt, archaeologists have found evidence of gold wires attached to teeth dating from as early as 2500 BCE. But it wasn’t until the 19th and early 20th centuries that orthodontic innovation picked up speed. In 1928, the American dentist Edward Angle published a series of articles describing what came to be known as the “edgewise appliance.” It had the same fundamentals as the braces used today but was much clunkier, with wide metal bands wrapped around each tooth.

Despite newer, gentler options, like plastic aligners, many orthodontists still choose versions of this tough hardware to capitalize on metal’s chomper-pulling power.

Modern braces consist of three main parts: brackets, archwires, and ligatures. Orthodontists glue the rectangular brackets, usually metal, to each tooth. These pieces act like sophisticated handles, enabling experts to precisely move teeth, says Hera Kim-Berman, a clinical associate professor of dentistry at the University of Michigan. Archwires, one for top teeth and one for the bottom row, extend from the left side of the jaw to the right and fit through slots in the brackets. By applying force, they guide teeth to straighten out over time. Ligatures—made from a range of materials including stainless steel and colorful plastic ties—bind the archwires to the brackets.

Orthodontists earned the nickname “wire benders,” says Kim-Berman, in their quest to select metals with the best mechanical properties—such as formability or stiffness—to align teeth. Gold was the staple for archwires until the 1930s, but it was almost universally abandoned for stainless steel by the 1960s. The silvery substance was stiffer and more resistant to corrosion and could be fashioned into smaller, less noticeable braces.

In the second half of the 20th century, the practice shifted toward highly flexible Space Age archwires, which were mostly made of a nickel-titanium alloy that NASA had developed for spacecraft antennas. These days, orthodontists often select these tools when starting a treatment to correct a crooked smile. They might then swap them with stainless steel or beta-titanium alloy archwires to move the teeth and surrounding bone together more quickly, according to Kim-Berman.

But as in many other everyday products, metal soon gave way to synthetics. In 1999, Invisalign came out with one of the first clear plastic aligners. Its approach uses multiple molds to straighten grins in small doses, along with clear attachments that act much like brackets, Kim-Berman says.

Plastic aligners provide orthodontists with a more aesthetically pleasing option, especially for minor adjustments. But for complex misalignments, practitioners usually still opt for metal braces because they provide enough control and force to “direct traffic,” Kim-Berman says. With metal, they can adjust chompers in any direction; plastic aligners, which can’t exert as much force, might risk “tipping” them diagonally rather than moving the bony unit as a whole, she explains.

Many of the patients who opt for softer materials are adults seeking something removable, Kim-Berman says. Kids, however, frequently want the metal-mouth look—and they’re the ones who most often get orthodontic treatment. So braces, old as they are, are here to stay.