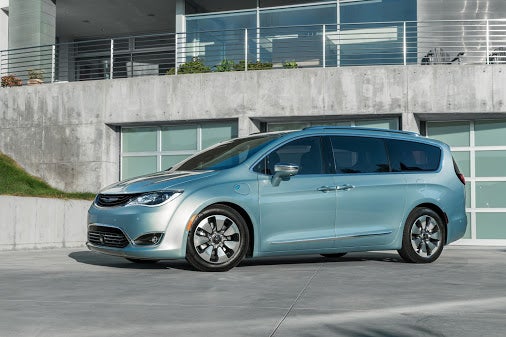 Google today announced that it is expanding its growing fleet of self-driving test vehicles by adding 100 new minivans. That’s big news in-and-of itself, but the bigger deal here is that these 100 new cars will be purpose-built Chrysler minivans — not modified vehicles as the previous Google self-driving cars were— marking the first time Google is partnering directly with an auto company to create its futuristic, computer-driven cars.

Google says that it currently has modified Lexus SUVs and its own cute if dorky steering wheel-free prototype vehicle in its driverless fleet. As Google explains in a Google+ post (yes, Google+ still exists) about the deal:

According to USA Today, the two companies have been in talks for more than a year. That’s all well and good, but there’s still no indication of when (if ever) consumers will be able to purchase their own Google self-driving cars, nor when a cooler, sexier, sportier vehicle might be available in self-driving form.

Still, the move is further progress toward an autonomous future. And the idea of a self-driving minivan does offer a roomier option than previous self-driving prototypes we’ve seen up until now, which will presumably leave future drivers and passengers free to engage in all sorts of other activities.