Google Takes On The Amazon Echo 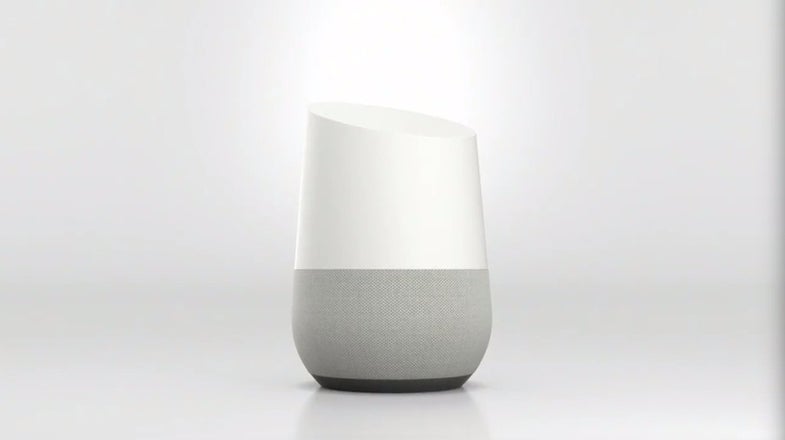 Google I/O announced its competitor to the Amazon Echo at the Google I/O 2016 developer conference in Mountain View, California. Google Home will serve as the search company’s always-listening, voice assistant for the home, though the company hasn’t yet provided a price or specific release date. Google Home will run Google Assistant, the company’s improved version of their smartphone voice helper.

Similar to the Amazon Echo and Alexa, users are able to track packages, check the calendar and search the web. Though unlike Echo, Google’s always-on assistant lets users control their TV over Google Cast, the company’s plug-in device and localized wireless media platform. Users can wake the Home device by saying “Hey, Google” or “Okay, Google.”

They can also play music from Android or iOS devices through the Google Home speaker using the Google Cast app.

Google Home brings other changes from Amazon’s Echo in addition to TV control. The base of the unit supports users-swappable bottoms–meaning users can change the color of the device depending on their preference. And because the device is made by Google, users of Android, Chromecast, OnHub or other products from the company will likely tie in closely with Home. Google says to expect Google Home to arrive “later this year.”