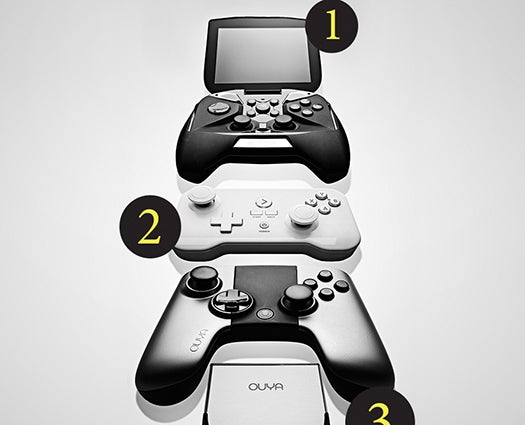 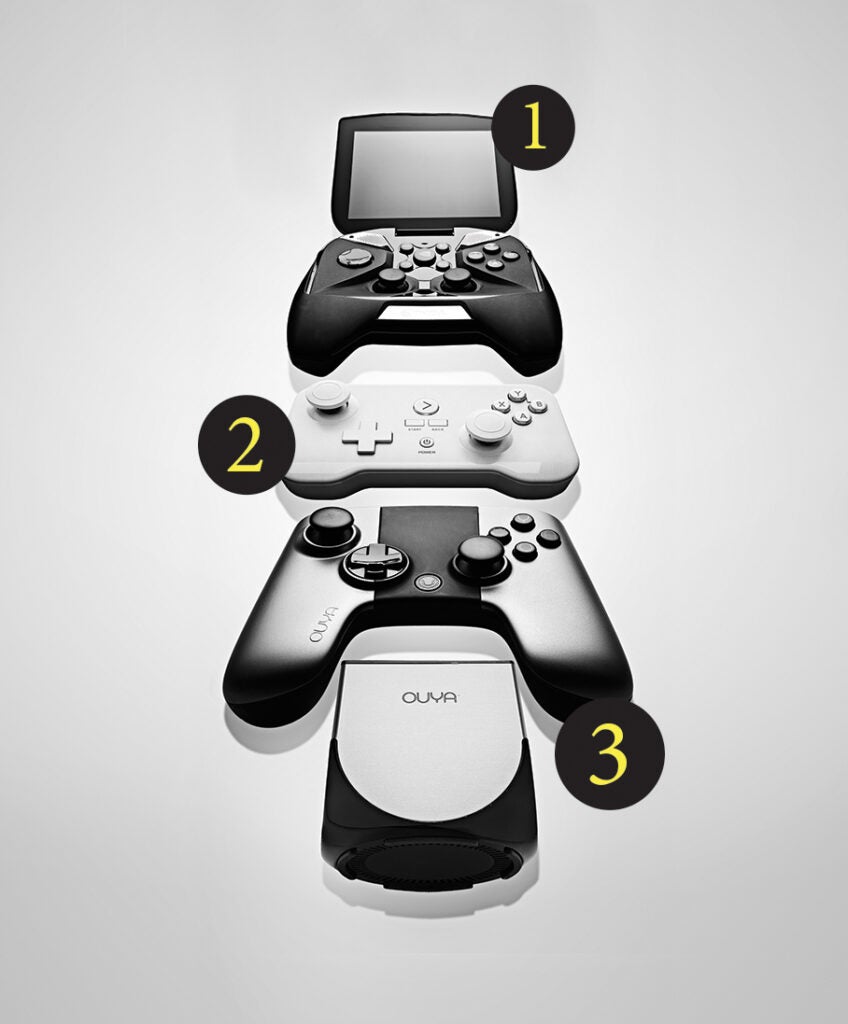 Android might have started off as a smartphone operating system (OS), but in the five years since its launch, companies have adapted it to run everything from robots to TVs to home appliances. The latest version (4.2 or Jelly Bean) includes graphics upgrades that allow hardware manufacturers to build the first videogame consoles around the OS. Most important, processors can now load and cue up chunks of data faster because of a feature called triple buffering.

Because most Android games, such as the graphics-heavy Blood and Glory: Legend, can run on mobile processors and don’t require a lot of memory, console makers can build devices with mostly off-the-shelf parts, reducing the final price. Without heavy hard drives and cooling fans, the consoles are small enough to toss in a backpack. And because developers can publish games themselves, they avoid licensing fees typically owed to console makers, so most titles will likely remain under $10.

1. NVIDIA PROJECT SHIELD
At launch, Project Shield will have one of the largest game libraries of any console. The device can connect to either the Google Play store, which has tens of thousands of titles, or STEAM, a PC-based service that can deliver more than 1,950 games from the cloud. The clamshell device has its own five-inch, 720p display, so gamers can play on the road. They can also connect to a TV over HDMI. Price not set (available summer)

2. GAMESTICK
The GameStick is the smallest complete console available—Android or otherwise. The system includes a two-inch HDMI dongle and a controller. Gamers download titles over Wi-Fi, and all the processing and rendering happens in the dongle, which has a 1.5GHz processor and one gig of RAM. The controller syncs with the dongle over Bluetooth. $79

3. OUYA
Designers at Ouya encourage hackers to fiddle with their consoles. The box, which currently supports more than 100 games, also has a developer kit, so anyone can design programs to do things like run emulations of classic Nintendo games. Tinkerers can also crack open the shell with a screwdriver to upgrade the processor and memory to run more demanding titles. $99