Vintage Big Pic: The Cameras That Captured The First Men On The Moon

Yep, these are photos of cameras. Enjoy! 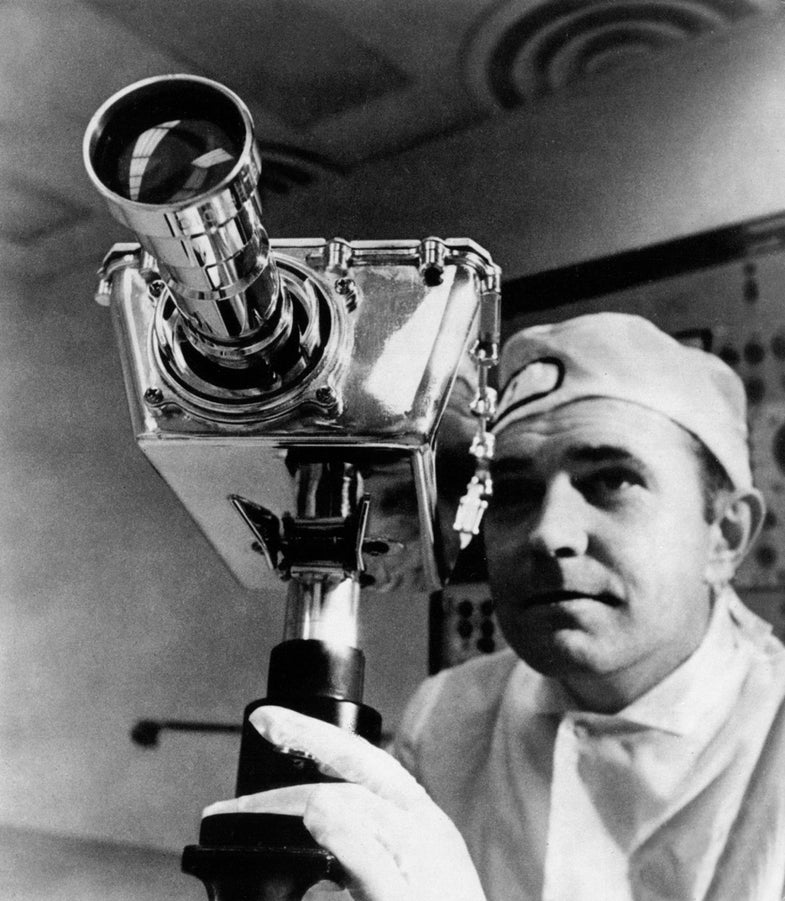 This smooth and shiny camera captured the video that folks at home watched live on TV during Neil Armstrong’s moonwalk. It’s called the Apollo Lunar TV Camera, and the U.S. engineering firm Westinghouse designed it. It withstood vibrations between 10 and 2,000 cycles per second, shocks of more than 8G during launch and landing, extreme pressure changes, and temperatures ranging from -300 degrees Fahrenheit to 250 degrees Fahrenheit, according to a summary Westinghouse published in 1968.

The camera in this particular picture may not be the exact camera that went to the moon. Westinghouse made a number of identical cameras for testing the moon cam’s environmental hardiness.

The camera’s main job was to capture video for broadcast in America. Its secondary mission was to capture images for scientific study. Apollo 11 also carried other cameras dedicated to getting photos for researchers. 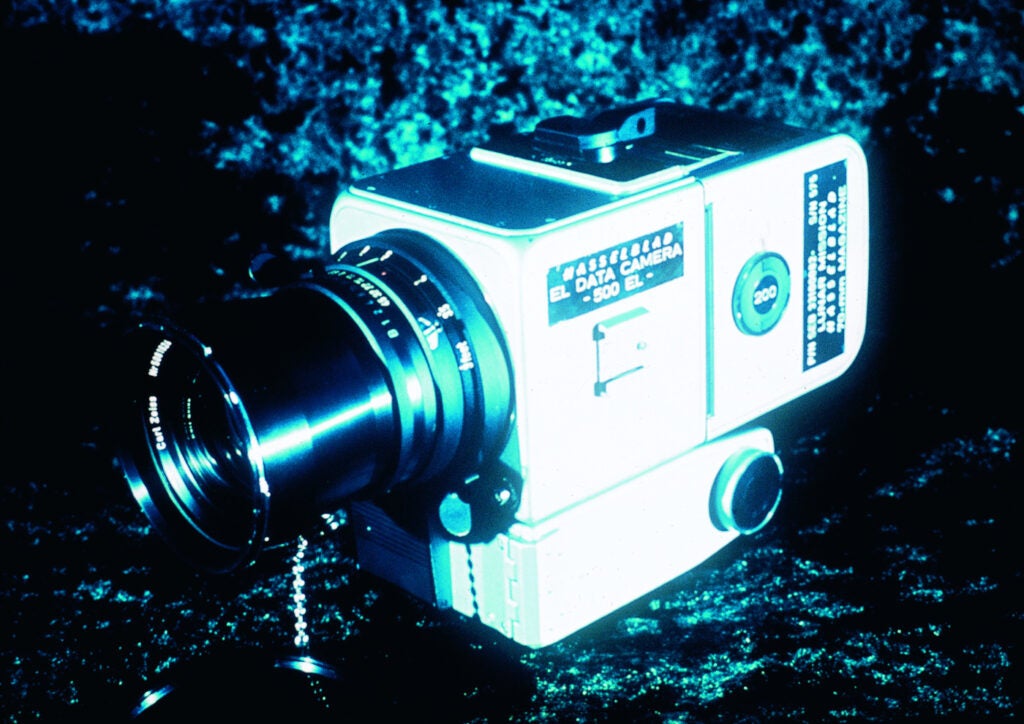 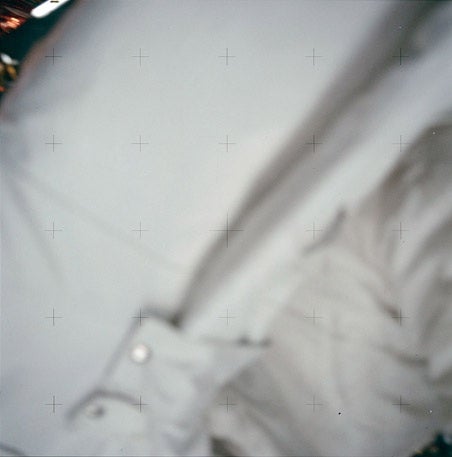 This photo, an accidental shot, shows the Reseau plate grid over a blurry bit of spacesuit.

The camera above, called the data camera, was one of three Hasselblad 500EL models that the Apollo 11 team carried with them into space. It was the only Hasselblad the team used on the surface of the moon; astronauts carried it mounted on the fronts of their suits.

NASA has had a long relationship with the Sweden-based Hasselblad, which made nearly all of the cameras U.S. astronauts carried with them on early space missions. After 1963, Hasselblad modified its cameras for NASA, giving them big levers and other fixes to make them easier for suited astronauts to manipulate.

The data camera had some additional modifications. It had a glass Reseau plate, engraved with a grid, that went between the film magazine and the camera body. The plate gave every photo an overlay of small crosses that researchers could use to calibrate distances in photos. This was the first time camera-makers put a Reseau plate in a small, relatively inexpensive camera.

Because it was carried onto the surface of the moon, the data camera also featured a silver-colored finish to help it maintain its interior temperatures better. All its interior lubricants had to be removed or reformulated so they wouldn’t boil off in a vacuum.