The bugs have a simple dance to help air flow. 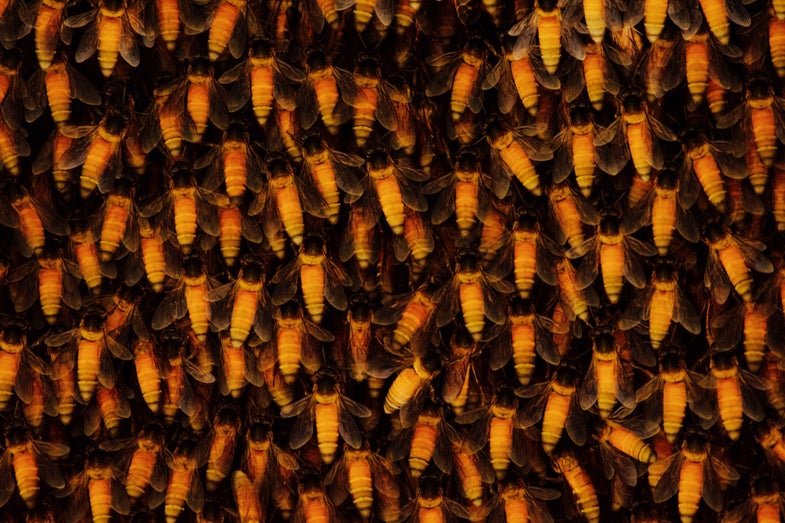 As temperatures climb, giant honeybees (Apis dorsata) must bust a few moves to keep their colonies cool, scientists are finding.

In hot weather, the bees gather on the surface of their home, forming a curtain. Then, they begin to “shimmer,” or take turns raising their abdomens. This behavior is typically associated with warding off predators, but also might be an efficient way to keep the colony from getting too stuffy. When researchers filmed nine colonies in Nepal in infrared, they saw cool spots briefly appear on the “bee curtain.” They think this is because cool outside air is being pulled into the colony by the bee’s exertions, pushing warm air back out.