Life in the fast (charging) lane ... surely make you lose your mind, but not your reliable power. 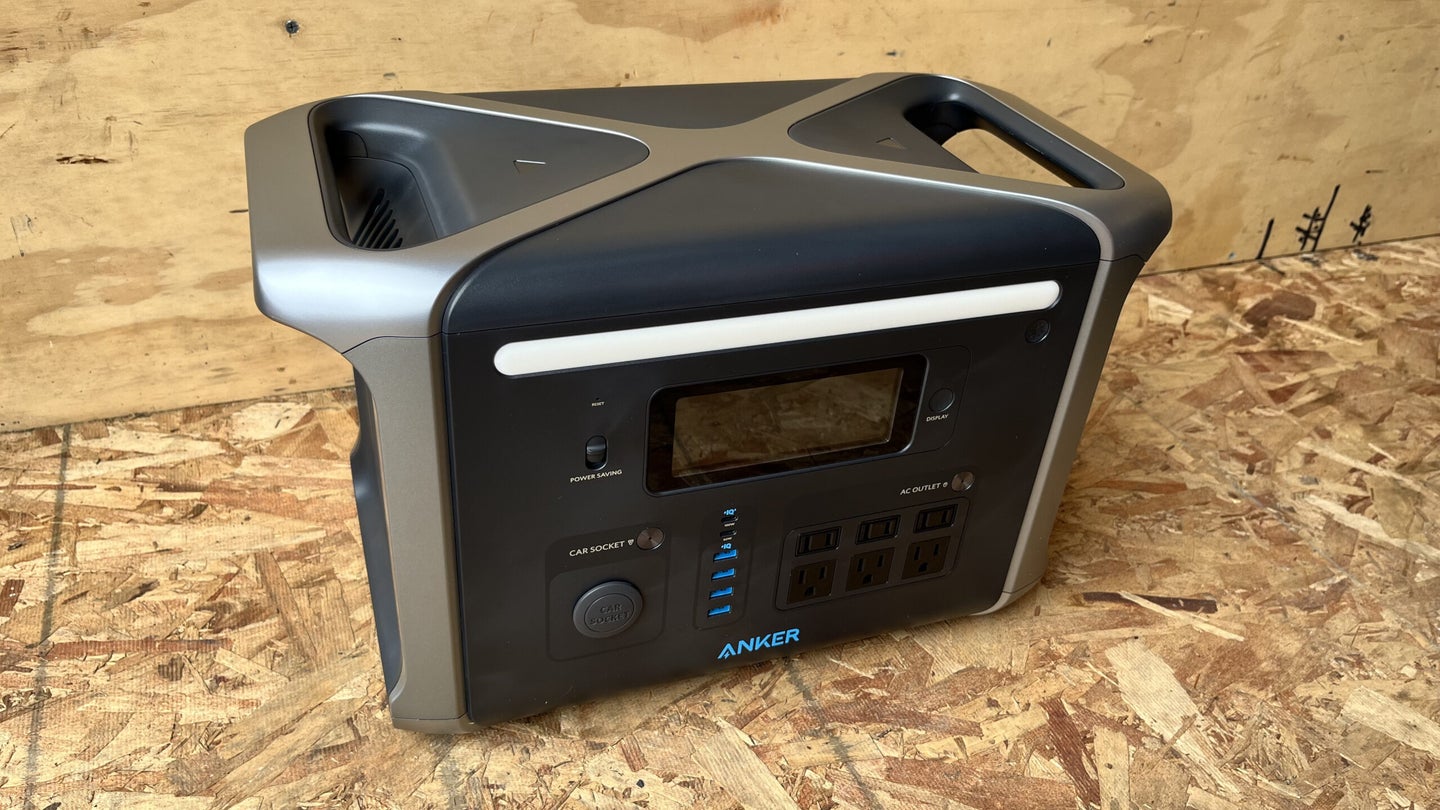 With its high capacity, durable build, and lightning-fast charging capabilities, the Anker 757 PowerHouse is an outstanding portable power station. While many brands struggle to stand out in the increasingly crowded portable generator space, the mobile peripheral maker’s largest generator to date sets itself apart by offering some of the fastest charging speeds money can buy. It’s a little heavy and sizably expensive but it delivers reliable power on the go.

What is the Anker 757 PowerHouse?

The largest member of Anker’s generator-sized PowerHouse charging stations, the Anker 757 is a big but sleek and surprisingly stylish portable generator. Measuring 18.22 x 9.34 x 11.34 inches (WDH) and weighing in at 43.9 pounds, it isn’t light … but it also isn’t prohibitively heavy.  Sturdy built-in handles and a wide, easy-to-read display make it relatively easy to manage, whether you need to lug it around or simply monitor usage over the course of a trip.

While its size and weight limit its portability, its durable build and rectangular design do make the 757 a decent option for rugged uses like camping, outdoor work sites, RVing, or long-term traveling, if you have the room for it. It also works well as a very solid, albeit small home backup generator. It’s especially useful for tech-heavy setups, at home or on the road, since it doubles as an uninterrupted power supply (UPS), providing an emergency power switchover time of under 20 milliseconds to protect PCs and other tech from power surges.

It supports a decent range of output ports, including 6 AC plugs, 4 USB-A ports, a high-speed 100W USB-C port, a 60W USB-C port, and a car socket. Most people will get along fine with this lineup, though some people with many modern, fast-charging devices might benefit from more USB-C ports. In the same vein, its MC4 solar input port, while powerful, feels a little out of date: Many generators and peripherals have switched to everyday DC plugs, which may force you to rely on adapters for DC plugs and solar panels.

The Anker 757 PowerHouse’s design and features

After charging up via wall socket, car plug, or solar panels, it delivers a substantial 1229 Watt-hours (Wh) with up to 1500 Watts (W) of electrical output. That’s a major upgrade over Anker’s previous, smaller generator-sized power solutions: It’s capable of charging a phone nearly 100 times, a laptop 17 times, or powering a 45W portable fridge continuously for a full day. That 1500W output (with surges up to 2400W) allows it to take on major power loads from high-draw equipment like electric drills, hammers, or chainsaws. That said, it’s fairly average compared to other generators in its weight class. Jackery’s Explorer 1500 is roughly the same size and price, but stores roughly 300Wh more at full charge.

The Anker 757 PowerHouse’s impressive capacity pales in comparison to its charging speed. It can achieve up to 1000W when plugged into the wall, fully charging in just under 1.5 hours. That’s fast—about five times faster than comparably sized power stations, such as the Goal Zero Yeti 1000 Core or the Jackery Explorer 1500. While its solar input will inevitably charge more gradually, a 300W solar panel setup will fill up in just over four hours, which rivals many of its top solar generator competitors. Compared to the Jackery Explorer 1500, the 757 charges nearly five times as fast when plugged into a wall socket and slightly faster in the sun.

Faster speeds, especially for wall charging, will make a huge difference for some people and mean absolutely nothing for others. If you use your charger for short camping trips, chances are you’ll charge the generator at your leisure ahead of time, so you won’t notice the difference. If you’re installing it in a van or RV, though, that quick charging time is a game-changer. You can stop at a restaurant, plug it in, and have a fully charged power supply by the time your meal is over. You have no idea how many times that would have been helpful during my last major road trip.

It also has a couple of features I haven’t seen in other generators: a power-saving mode and an external circuit breaker. In power-saving mode, the 757 automatically turns off when plugged-in devices are fully charged, improving its efficiency. The circuit breaker is obviously a safety measure, and a useful one at that: When it’s plugged into the wall you can hear it sucking up all that energy, which is especially striking since it’s virtually silent when charging other devices.

The 757 PowerHouse also has a multi-setting lightbar across the side of the generator, just over the display. Though many generators feature a lighting element, the 757’s is especially large and bright, making it especially useful at a campsite.

So, who should buy the Anker 757 PowerHouse?

All told, the Anker 757 PowerHouse is a great portable generator, especially if you need one that you can simply plug into a wall. As a solar generator, it still works well and charges fast, though it isn’t quite as impressive. Anker manages to hold its own competing in a new weight and capacity range with the 757, finding a way to compete with established brands like Jackery with a unique, powerful edge in its incredibly fast wall charging. It’s also more expensive than Anker’s other power stations—$1,400 at launch—but that price is only a tad pricey for this kind of generator, and anyone who needs quick charging will find it’s worth every penny.