A new Kickstarter project lets you draw in the air, then watch a scribble form in plastic. 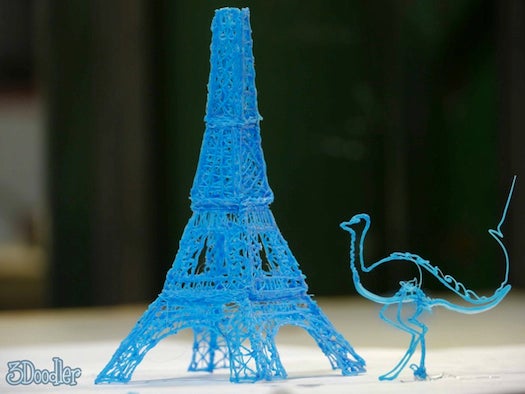 We’ve seen fun drawing/doodling inventions before, but this one, put on Kickstarter today and already more than $50,000 past its $30,000 goal, takes it to a whole new level. As you doodle in the air, the 3Doodler extrudes a plastic version of your doodle.

The pen is thick, about 7 inches by 1 inch, weighs about 7 ounces, and bulges slightly at the center. A small point extends out from the bottom, where the plastic is released. Colorful spools of plastic are fed through the pen and, as you draw, the plastic coming out of the pen solidifies into a string that can be manipulated into shapes. (There are some pretty neat examples of portraits and even an Eiffel Tower on the Kickstarter.) 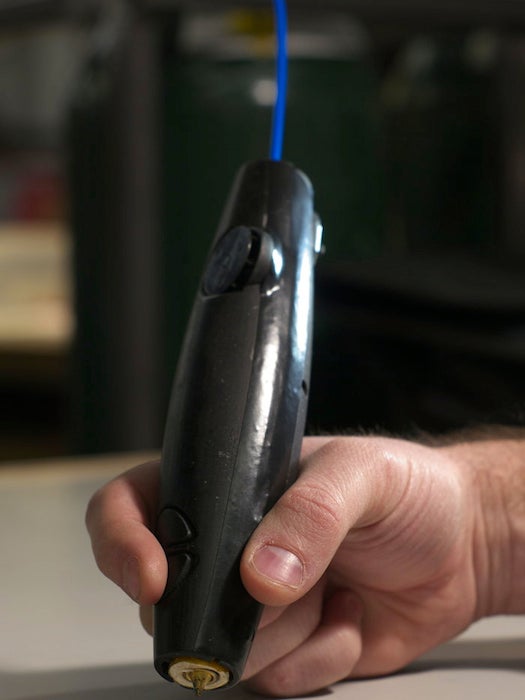 Awesome! Although this, unlike full-scale 3-D printers, sounds like it’s mostly a toy. (Recommended for ages 12 and up, the inventors write.) But there is definitely room for some artists to run with the gadget, and the inventors are working with a set of wire artists to see what they come up with. And since it’s already funded, maybe some of the early adopters will think up some unexpected uses.