Linux-Powered Pen Calls You Out For Crappy Grammar

The training wheels of penmanship. 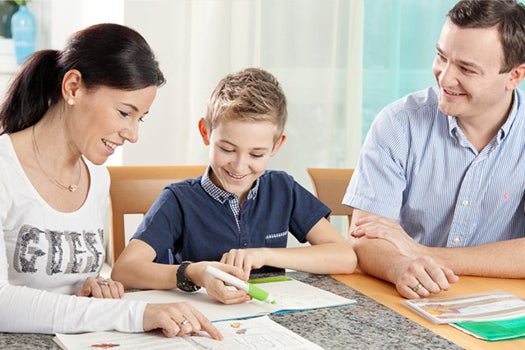 In the digital age, we have barely any use for the common pen. What good is something that doesn’t even have WiFi? Luckily, a European startup is creating a “learning pen” to drag penmanship lessons into the 21st century.

The Lernstift digital pen vibrates to warn you that your handwriting is becoming illegible or that you’ve made a grammatical error. Its goal is to help teach kids to write using instantaneous feedback.

Though it has an actual ballpoint pen inside, it also recognizes writing done in the air, so it can be used on any surface or no surface at all. In case you need a virtual whiteboard, perhaps.

In “Calligraphy Mode,” the pen vibrates once every time you write a letter illegibly or incorrectly. In “Orthography Mode” it will vibrate once for a spelling error, twice for a grammatical error. The German invention is Linux-powered, with what is essentially a pared-down smartphone inside.

“It combines a time-tested writing utensil with state of the art technology and thereby gives writing by hand new relevance and appeal in the age of iPad & Co,” the company says on its website.

Future versions will have other high-tech features like a dynamic pressure sensor (to let kids know that they’re pressing too hard) and a WiFi connection to send data from the pen to other devices. One day you could even use it to write out text messages and send them to your phone.

The startup is still in the process of raising seed money, but expects that the first stage product — with motion sensors and a word recognition software but without a pressure sensor — will be available in August. They don’t say how much the final product will cost, but the smartphone electronics within it run about €50 to €80 (between $67 and $108, roughly).

You can watch the prototype video below in German. Wunderbar!