iPhone owners: let's raise our glasses to Apple Maps, which has, indirectly, given us a better iPhone. And then let's get rid of it. 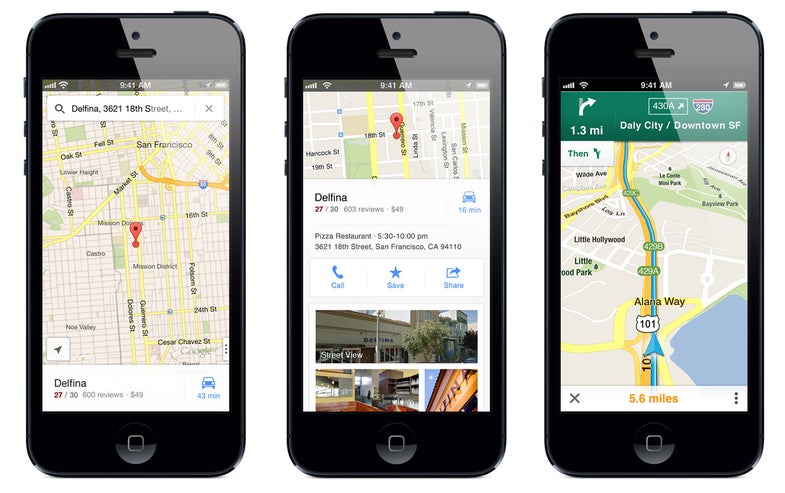 The terrifying few months of what will be forever known as Apple Mapgate (no it won’t) are over. Google just released Google Maps for the iPhone, so we can all stick Apple Maps in our “Utilities” folder on our homescreens where it can sit comfortably next to other useless apps like Compass and Stocks. But here’s the weird thing: Google didn’t just package up the old Google Maps for iOS app and re-release it. They spent the past few months actually making a better app, with features the iOS version of Google Maps never had before.

In other words, thank you, Apple Maps, for giving iOS users a better phone.

It’s easy to forget that Google Maps for iOS was never particularly great; it was pretty, but increasingly limited, especially compared to Maps on Android. It never had turn-by-turn navigation, which Android has had since October of 2009 (!), it never had bike directions or offline caching, and it used clumsy bitmaps instead of vectors. That last one is why Google Maps for Android (and, to be fair, Apple Maps) loads faster and never looks blurry while zooming or panning.

The underlying data in Google Maps for iPhone was always great, of course; Google spends lots of time and money and effort getting the best data for its maps. But during all the panic over Apple Maps, we lionized the old Google Maps, and we shouldn’t have, really.

That’s why it’s interesting that the new Google Maps is such a marked improvement. It actually looks modern now–no stupid folded-over corner, a skeumorphic relic from 2008. Instead it looks like Google circa 2012, which is very nice indeed. Clean white bars, clear symbols, a hidden sidebar with more options. It has turn-by-turn navigation now, and vector graphics, and listings from Zagat (which Google acquired a few months back). It works even with older iPhones, which Apple Maps does not.

Google responded to Apple Maps as if Apple Maps was a threat, as if any app named “Google Maps” wouldn’t get about a billion downloads as soon as it was released. Google decided to compete with Apple. And that’s great for us, because Google finally (mostly) stopped handicapping the iOS version of it’s map app. It still doesn’t have everything the Android version has, but the weird thing about this whole mess is that iPhone users have come out on the other side with something they should have been demanding all along: a modern, full-featured maps app.