Skip the family vacation -- you can see more of the national park from your laptop. 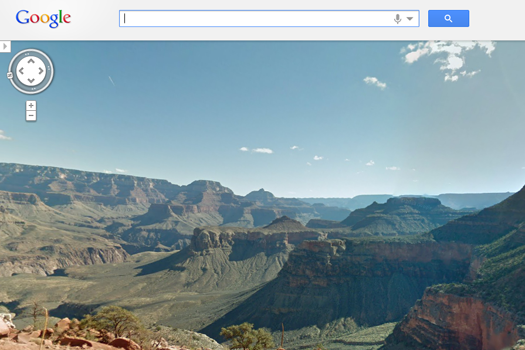 The view from the Rim Trail in the Grand Canyon, as seen from Google Maps. Google Maps
SHARE 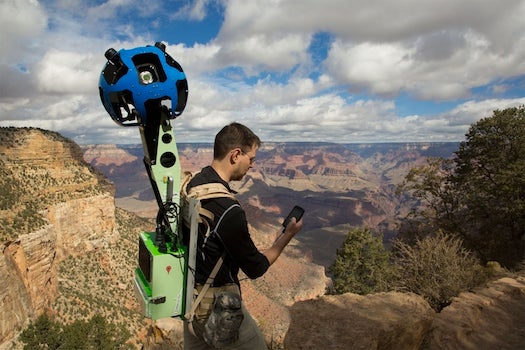 Google At The Grand Canyon

In October, Google Maps announced they would be sending their team into the rugged terrain of the Grand Canyon wearing their new camera system, the Trekker.

The view from the Rim Trail in the Grand Canyon, as seen from Google Maps.

The 40-pound backpack is equipped with a 15-lens camera system that captures 360-degree views and makes you look a little like a bacteriophage. It’s controlled by an Android phone and captures images as you walk.

Thanks to the lucky Google employees assigned to wander 75 miles of steep trails in the most photogenic areas of the national park, you can visit famous canyon attractions like the Bright Angel Trail and the Meteor Crater whenever you want. The 9,500 panoramas captured don’t cover the entirety of the 277 miles of canyon along the Colorado River, but there’s more than enough to keep you clicking for a while.