The Sony PlayStation TV beams a different image to each player's eyes, so no more splitscreen--which means no more "screen-cheating," and no more half-size screens 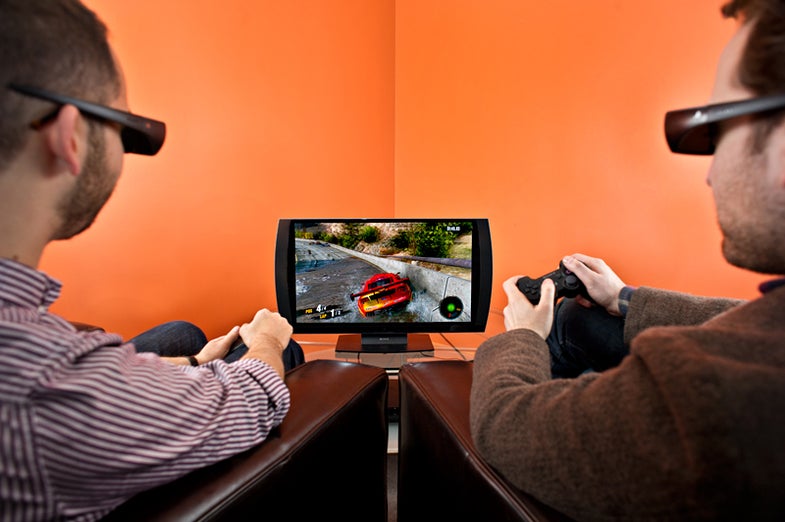 Gamers who prefer their multiplayer limited and local, as opposed to massive and online, will be familiar with the practice of screen cheating. The technique involves sneaking glances at your opponent’s section of the bi- or quadrisected television screen to determine his or her location to gain an advantage. If you were good at the seminal split screen multiplayer games–GoldenEye, Mario Kart, the first _Halo_–you screen cheated. If you were bad, you screen cheated. Whining about screen cheating was always sort of equivalent to a nuclear power whining that another country was building the bomb. Screen cheating was mutually assured destruction. And soon, it could be a thing of the past.

The popularization of networked consoles brought disarmament. The art of screen cheating became less essential. And now, 10 years after the internet solved the problem for most of us, Sony has made sure that gamers who still compete on the same TV can enjoy the same benefit–a whole screen for both players. This feature, what Sony calls SimulView, is the highlight of their new Playstation 3D Display, a 24-inch screen that projects two separate, fullscreen, HD feeds to two different people playing the same game.

This technology is really the reason we’re excited about a 24-inch TV, so it’s good that SimulView works perfectly. I played the bundled-in racing game Motorstorm: Apocalypse with a coworker, and decades of screen cheating proved so ingrained that several times I instinctively looked at the bottom of the screen to try to see his position on the course. Throughout the races, I only saw the dirtbike of my co-racer a handful of times, when he was just ahead of or just to the side of me. It is an indisputably cool piece of tech: during our first race, my coworker and I kept saying “wow”, two children of the 1980s accustomed to squinting at a fraction of the screen realizing we’d no longer have to.

If you watch a race without glasses on, you see the perspectives laid on top of each other, producing a ghostly effect that gives you a real appreciation for the double duty that the set is pulling. My only reservation after a few sessions with Motorstorm is that the bright colors of the game, in SimulView, take on a light grey varnish. To me, though, faded colors seem a fair tradeoff for full-screen two-player multiplayer. Five games currently support the technology, and if you have any desire to play these games competitively against “IRL” friends, this set will be very tempting.

The technology here is great, but this particular TV has some issues. The bundle comes with only one pair of 3-D glasses, so you can’t use SimulView out of the box–you need to buy another pair, at a steep $70. Since the display does not come with a remote, I immediately noticed that the set-top buttons are tiny and hard to find. The display itself is too small to work as the main television anywhere except in the smallest rooms; you wouldn’t want to sit further than five or six feet away from it. The only logical use that comes to mind for a set this small is a dorm room–and would dorm-dwellers be looking to spend $400 on a TV that’ll be discarded as soon as they move out? 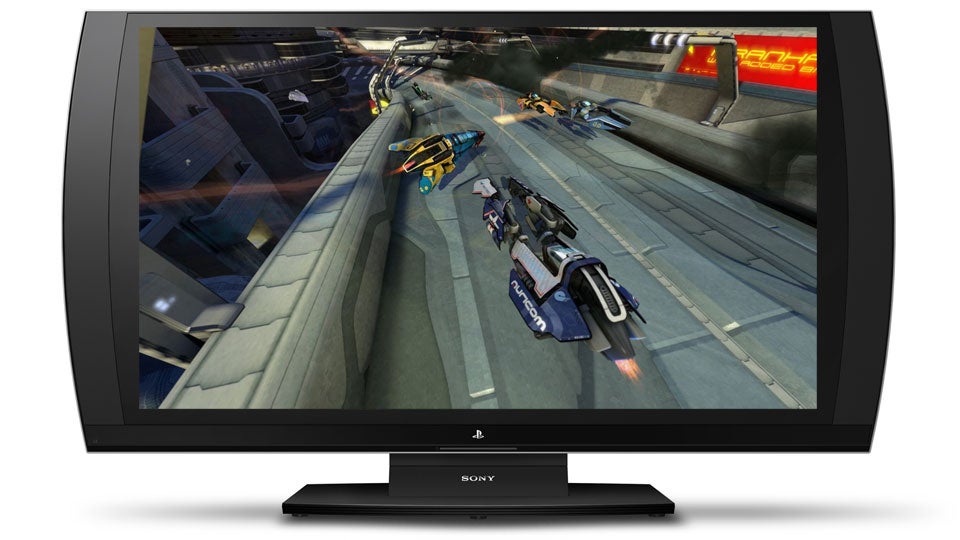 The set doesn’t look like Sony’s other HDTVs; instead, it keeps with the aesthetic Sony has developed for the PlayStation brand since the launch of the Playstation 2 twelve years ago. It is sleek and black, with rounded sides that call to mind an oversized PSP. Fans of the brand will like the look but it does nothing to dispel the idea that the display is a novelty device rather than a versatile media machine or, you know, a real TV. Oh, and 3-D is not compatible with SimulView, so we were unable to play multiplayer Motorstorm in its very impressive 3-D mode. (3-D does work very well without SimulView, in a single-player mode.)

So the machine has a lot of faults, but I didn’t find them sufficient to diminish the initial “whoah” factor of SimulView. As a demonstration of a genuinely impressive piece of gaming technology, the display serves its purpose. As an actual consumer device people would want to put in their homes, it leaves a lot to be desired. Still, I can easily imagine SimulView in a larger televisions, branded less aggressively to a hardcore gaming audience, setting the future standard for a retro form of gaming–local multiplayer.

The Sony PlayStation 3-D Display is available now for $400.