Bridging the gap between traditional toys and video games 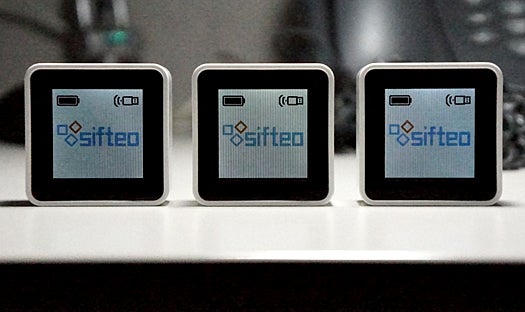 Remember playing with blocks when you were little? Sifteo Cubes, one of this year’s Best of What’s New honorees, are like those, except with a few negligible changes. Like, you know, LCD screens. And accelerometers. And touchscreens and wireless communications and downloadable games. But otherwise basically the same.

Technology often bleeds into the world of toys, and it’s drastically changed the way we (or our kids) play. A great example of that intersection of toys and tech are the Sifteo Cubes, 1.5-inch cubes with built-in accelerometers that emit a wireless signal to interact with each other. The small cubes respond to shaking, tilting and flipping. Each features a small but sharp screen that also functions as a single button. It’s a building block set for a generation of kids more inclined to play videogames than with real-world objects.

Many of the Sifteo games are reminiscent of those absurdly frustrating marble labyrinths, or those sliding-tile puzzle games (which I would inevitably pry apart to solve). Some have slight variations (you’re not a marble, you’re a anthropomorphic moon!), but most stick with this formula. Tilt the cube to move the marble, slide two cubes next to each other to exchange a tile or clear color coded blocks. The accelerometer can sense when you shake a cube, and can distinguish between flipping and just tilting.

What sets the Sifteo games apart from the physical games, though, is the ability to move on and download a new game. After that long car ride has driven your child/nephew/neighbor’s six-year-old mind to insane levels of boredom, there’s no need to dejectedly return to that horrible puzzle, squeezing every bit of determination and problem solving skill out of that young mind to return Mickey Mouse’s face to its unscrambled form. Kids probably won’t pry the Sifteo Cubes apart in a frustrated rage, which is nice, but on the other hand, there’s far less reward when they finally solve the puzzle. After all, there’s always another, possibly less challenging, game.

One of the cubes’ best games is “Do the Sift,” in which little monsters yell directions, instructing you to flip, tilt, shake, press and arrange the cubes before time runs out. It’s Bop It! with an 8-bit soundtrack. It’s a great demonstration of the cubes’ function, and the urgency and silliness will slap a childish grin on your face.

It’s a building block set for a generation of kids more inclined to play videogames than with real-world objects.A major downside of the cubes: they have to be used fairly close to a little USB dongle which must be plugged into a computer. Move too far away, and the blocks won’t work. The computer also provides the music and sounds for the cubes. If you have to be a mere twenty feet from the computer, you might as play an actual video game on it, rather than using the blocks, which don’t boast any 64-bit football teams or enemies to be shot or turtle shells to be jumped upon.

Still, it’s refreshing that the cubes get you moving. I wouldn’t call it exercise, but you won’t fall into carpal tunnel-inducing repetitive finger tapping and button mashing. You won’t tangle wires either, and their charging dock gets their internal lithium-ion batteries to full power pretty quickly, so you won’t ever have to steal AA’s from your TV remote to play them. You can connect up to six cubes in a single game, but three alone will make you wish you had an extra hand to move them around.

In the end, the Sifteo Cubes certainly present an awesome new way to play electronically, and their creation is a product of really innovative thinking. At the moment, the games are all family-friendly (and relatively boring for an adult), but breaking from this mold could lead to some awesome new gaming applications. Could these cubes be used for a driving game, or a shooting game? What if the cubes were used in a sports game, with each cube as a player? Three-on-three Sifteo basketball could be great. Opening up the cubes to third-party developers (or the public) could really show the massive potential that these little cubes have. 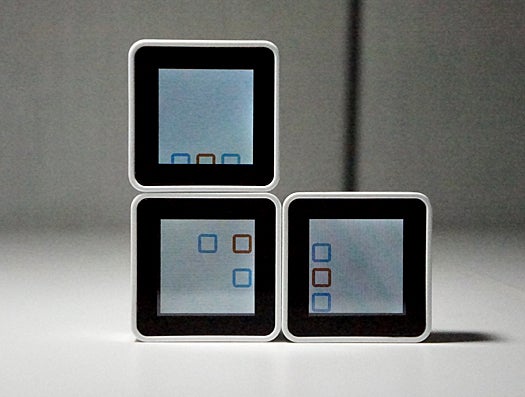 Sifteo Cubes are 1.5″ cubes with built-in accelerometers that sense when you shake them, tilt them or flip them. Each cube also emits a wireless signal, so it understands when it’s placed next to, or on top of, another cube. 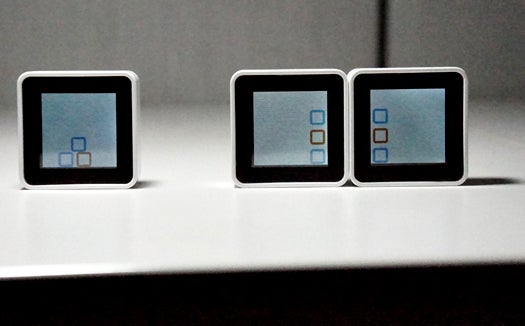 The cubes are very spatially sensitive. 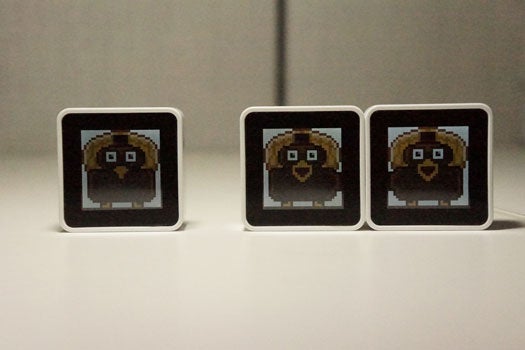 One of the downloaded Sifteo apps is “Monster Greeting,” with a small character in each cube. The monsters hold hands and jump when you place them next to each other, and make noise when you shake them. This week’s monster is a turkey. 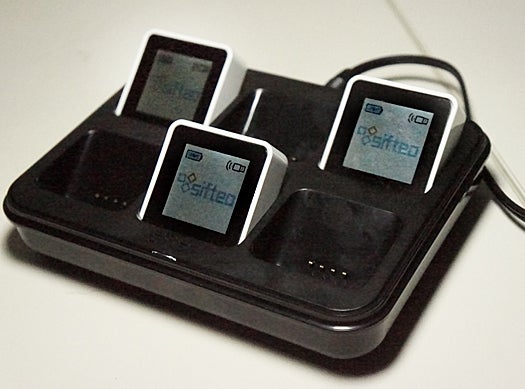 The cubes are charged using a dock, and must be connected to a computer using a small, USB dongle.

In Moon Marble, you guide a small moon around a maze, collecting stars and avoiding space-faring rats that are trying to eat you (because you’re made out of cheese). 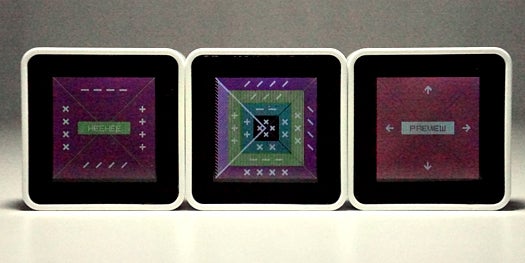 This game had the audacity to try and make me learn something (by ordering fractions, alphabetizing and assembling words). 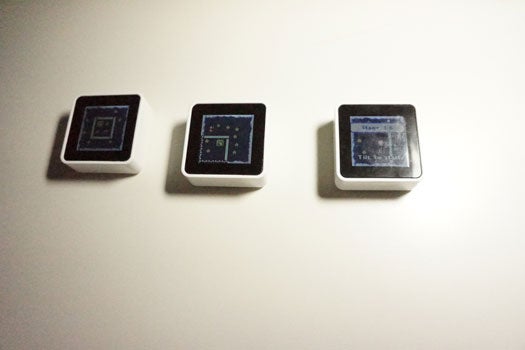 Sifteo Cubes retail for $150, and are available now.
Gadgets
Testing the Best 2011