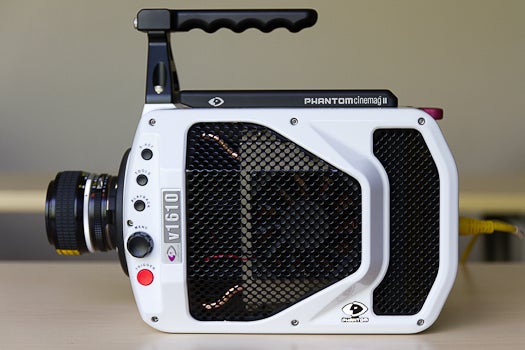 Vision Research, makers of the Phantom line of cameras that we love so thoroughly, just announced two new additions to the Phantom family, the v1210 and the laughably powerful v1610. Want to get a sense of how beefy these new cameras are? Our patriotic fireworks video, taken with a current-model Phantom, was shot at around 1,500 frames per second. The v1610 can take full-resolution video at 16,000 fps.

Or, at reduced resolutions, over one million fps.

Both the v1210 and v1610 are big steps forward for the Phantom line. The million-fps stat is great for boasting (and we’d endorse Vision Research boasting as much as they want), but the really important stat here is throughput. Throughput is the amount of data per second that the camera can save from its sensor to its RAM, measured in gigapixels per second. That’s the real bottleneck for these kinds of cameras–the difficulty isn’t in shooting at such high speeds, it’s in saving the massive amounts of data in real time. 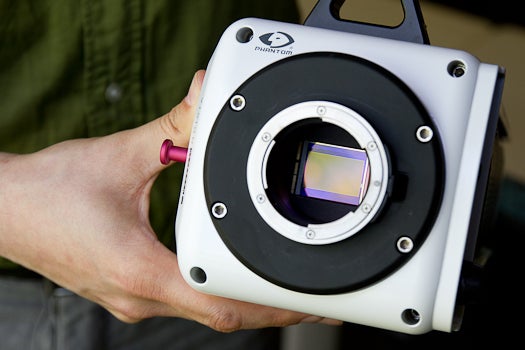 Vision Research looks to be making some other improvements as well: the new sensors boast 28-micron pixels, which are larger than ever before. That should allow for better sensitivity in low light, a common problem with ultra-high-speed cameras like the Phantom.