Why Baccarat, the Game of Princes and Spies, Has Become a Target for High-Tech Cheaters

Inside the world of high-stakes sneakery 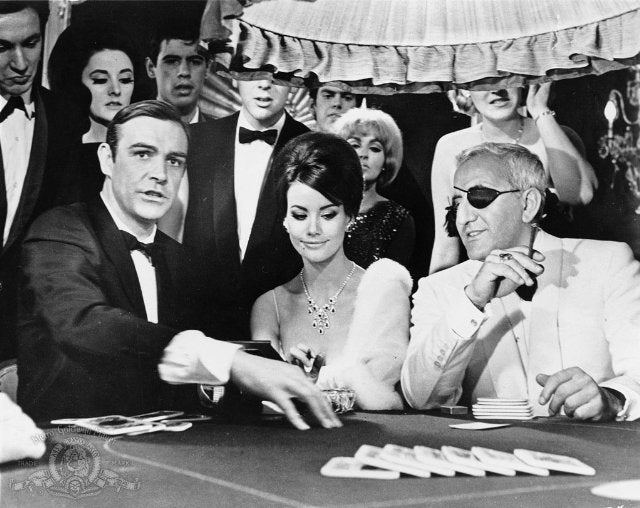 Over the past year, casinos around the world have lost millions of dollars to baccarat cheats. Between the antics of the globe-trotting Cutters syndicate, the Chinese nationals who hacked auto-shuffler machines in Macau, and the South Korean duo who hid a card-switching device up a sleeve at the Foxwoods Resort Casino in Connecticut, baccarat has attracted some very shrewd con men and women. To understand why, it helps to know a bit more about the rules of the game.

See our gallery of cheating techniques

A favorite pastime of James Bond, baccarat attracts high-rollers willing to make large bets – and it’s easy to play. In the most common variant of “punto banco” baccarat, the game requires a gambler to make just one decision: whether to bet that the value of a “player” or “banker” hand of 2 or 3 cards will end up totalling closest to 9, with face cards counting as zero and aces as 1. Game outcomes are fixed by the cards dealt, and players make no decisions after the initial bet. There’s no skill to it at all…unless a person cheats.

The “Cutters” syndicate preys on a tank-sized hole in the security protocols that most casinos apply to baccarat. As part of the tradition that has built up around the game, high-end players expect to participate in flamboyant, superstitious rituals. Gamblers may handle, fold, or blow on the cards. Many baccarat tables allow players to use a single card to cut the deck. The Cutters cheat by exploiting that ceremonial cut, surreptitiously riffling the deck with a finger and recording a section of the card order with a hidden camera.

“It’s stupid that this is allowed to happen,” says a Las Vegas game security consultant, who asked not to be named out of concern for angering casino managers. “The lunatics run the asylum.”

But when a “lunatic” at the baccarat table will wager a million dollars over a long afternoon, recession-weary casino managers starved for high-end action will indulge superstitious antics – even if it drives the surveillance guys nuts.

Fooling those eyes in the booth was the key strategy in both the Macau auto-shuffling scheme and the card-switching gambit in Connecticut.

“These are con men,” says John Connolly, a casino security expert based in Central Europe. “They practice the art of distraction.”

At unnamed casinos in Macau, a gang of seven people repeatedly slipped doctored auto-shufflers onto the table while surveillance eyes were diverted elsewhere, until they were caught in March. At Foxwoods, the female accomplice Wookyung Kim would nuzzle close to her male partner Young Su Gy and otherwise block the view of casino personnel as he made switching cards look like he was idly shuffling his hand.

And the mathematics of baccarat make a scam in progress difficult to spot. “The use of statistics for live gaming is limited in what it can prove or disprove,” high-end casino security contractor Bill Zender concludes, in a 2009 analysis of baccarat. The game has a small but significant house advantage, over time transferring just over $1 from player to casino for every $100 wagered. But Zender’s analysis shows that results may fluctuate wildly in either direction until the sample size goes above 10,000 hands. A high-roller who wins $250,000 by playing 1,000 hands over a holiday weekend is well within the normal range of probability for a non-cheating player.

With a speedy pace of about 60 hands per hour, a compromised game can cause six-figure losses in a matter of minutes. After multiple huge baccarat wins by the same player, a surveillance guy can’t know from the laws of probability if he’s just temporarily unlucky – or been taken by a con. 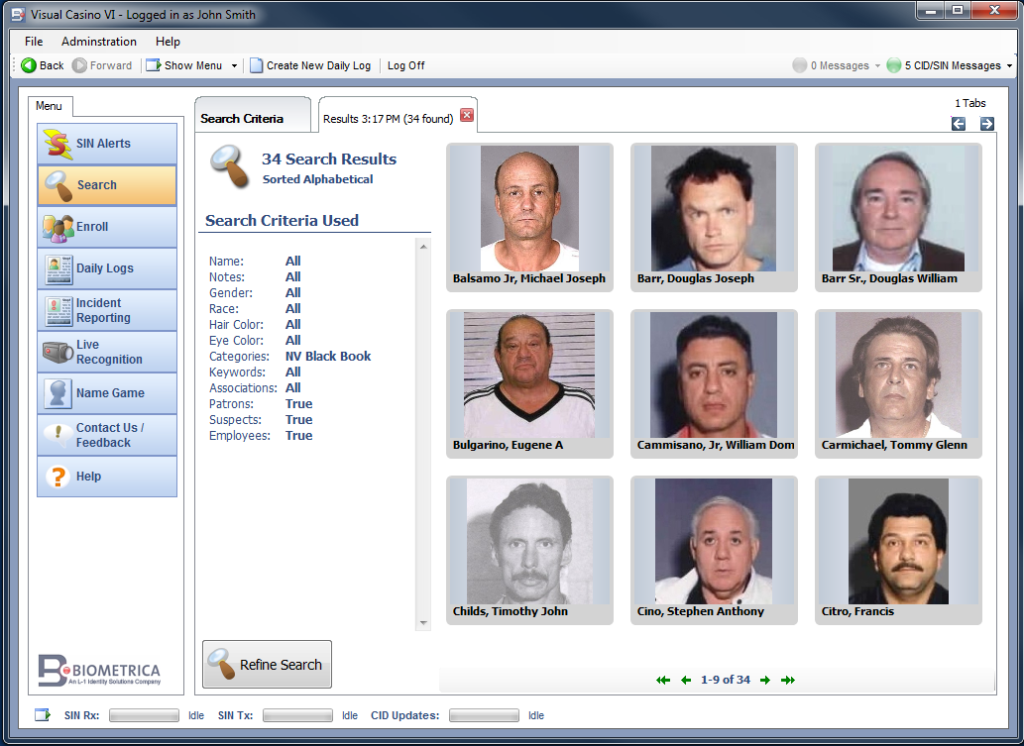 Casinos use facial recognition software to match video recordings of patrons with a database of known cheaters. But backlighting, head movement, and hats and sunglasses are enough to stymie the matching process. in June, Biometrica, which has sold facial recognition software to up to 175 casinos, introduced a system that takes nine photos of a gambler’s face from different angles in areas where the lighting is consistent—on escalators, in turnstiles, or standing in front of ATMs—and compiles the shots for a clearer picture.

Assigning a unique radio-frequency identification (RFID) serial number to each betting chip eliminates counterfeiting, and stolen chips can be deactivated. The company Gaming Protection International uses RFID sensors and electronic tags loaded with information, such as the cash amount of the chip, so casino security can track how much money is on the table. Casino de Genting in Malaysia uses RFID-enabled baccarat tables to prevent cheaters from slipping more chips onto the table after a win. 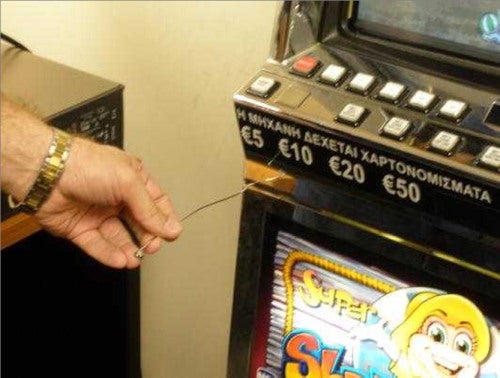 In 2009, a hacker was caught after he installed a program that took over the credit meter on a slot machine. after deliberately jamming the machine by sticking his finger in the payment slot, he called a casino tech to fix it. With the machine open, the hacker peered inside to locate the input-output slot on its computer. Once the tech left, the hacker deftly inserted a wire into the slot through a gap between the lower and upper doors of the machine. He then plugged in a chip with a program that gave him 50 credits every time he punched a button connected to the chip. 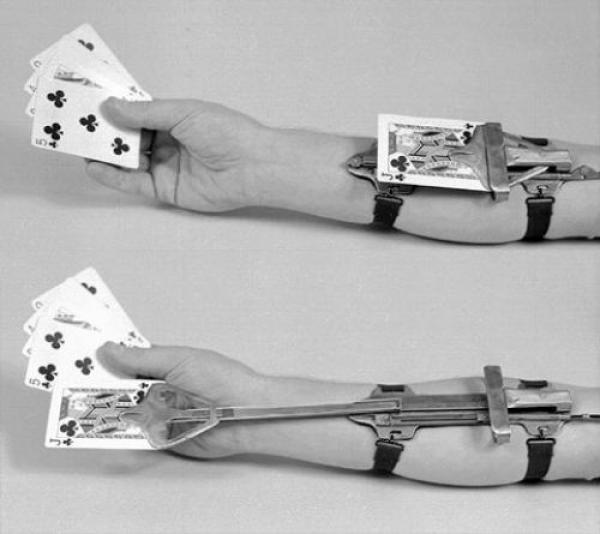 The old card-up-the-sleeve device dates back to the 19th century, but a skilled team of South Korean gamblers netted upwards of $1 million before authorities at Connecticut’s Foxwoods Resort Casino caught on to their improved technique in January of this year. Using a long stick with a hinge on the end, one gambler swapped cards in and out of a baccarat game while his partner used her body to shield his hand and distracted security employees with pleasant conversation. 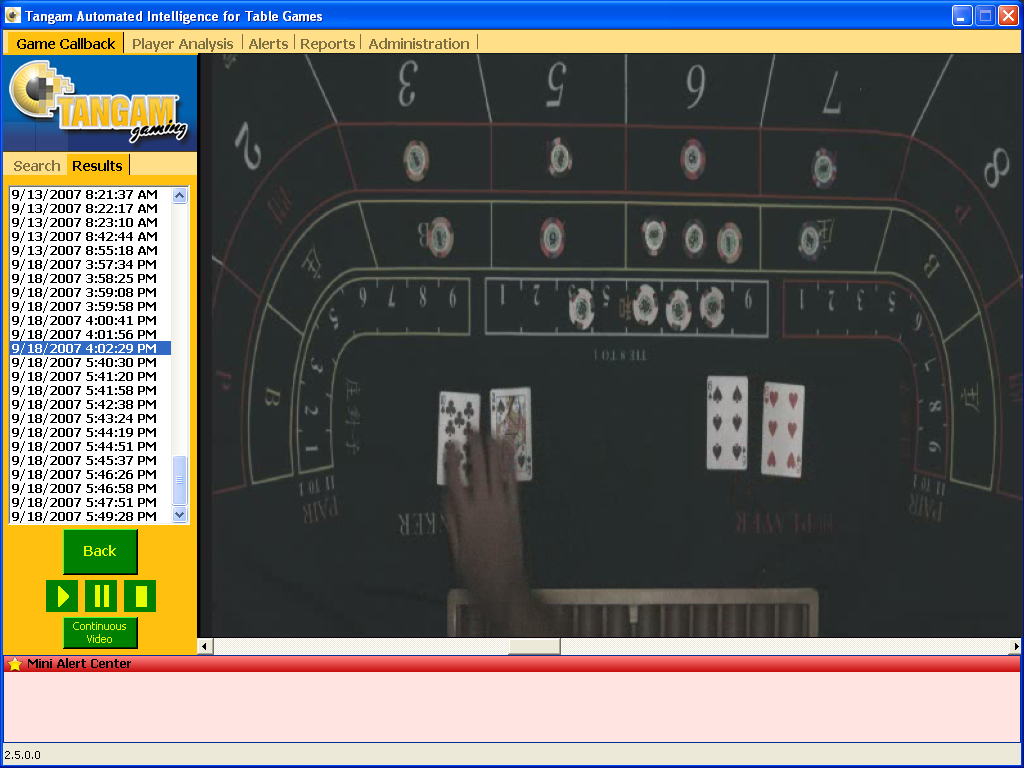 Overhead cameras send images back to the surveillance suite, where character-recognition software reads the cards. The casino’s surveillance team can then follow each hand and spot switches and false shuffles. For blackjack, the software can instantly compare actual game outcomes with what would have happened if every player made the smartest decisions with the cards they were dealt. Cheats leave a trail of improbably lucky wins. 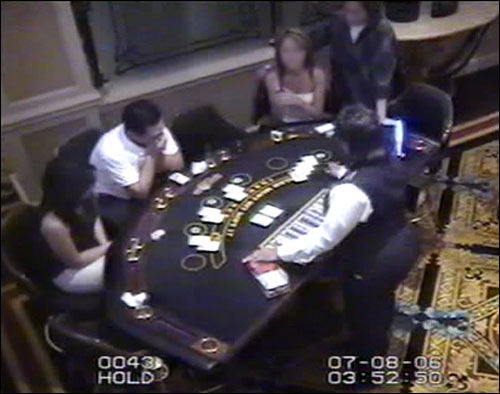 In 2002, a husband-and-wife team of card dealers in San Diego launched a card-cheating scam that would ultimately involve over 40 accomplices and net up to $7 million from 29 casinos during a 5 year run. The Trans would corrupt dealers into the scam in order to execute the sleight-of-hand called the “false shuffle.” Using a cellphone or a miniature transmitter on the lapel, spotters near the table during normal play would relay the order of a “slug,” or section of the deck, to a game analyst off-site.* The dealer would then perform the “false shuffle” — fooling the overhead surveillance camera by appearing to shuffle the deck, while leaving the “slug” intact. The game analyst used card tracking software to determine winning hands and then transmitted them back to the spotters, who would use hand signals for what the players should do — “almost like a catcher giving signs to the pitcher in baseball,” says FBI special agent Peter Casey. 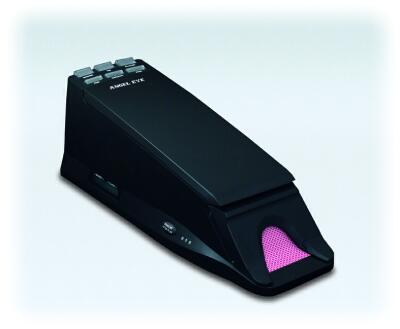 In 2009, a Japanese card manufacturer introduced a device called angel eye that uses a scanner hidden in the shoe, the plastic card case dealers use, to track unique codes on each card. Dealers scan when they deal and rescan at the end of each hand. If a cheater swaps in a card that’s different than the one he was dealt, a computer linked to the shoe detects the discrepancy. 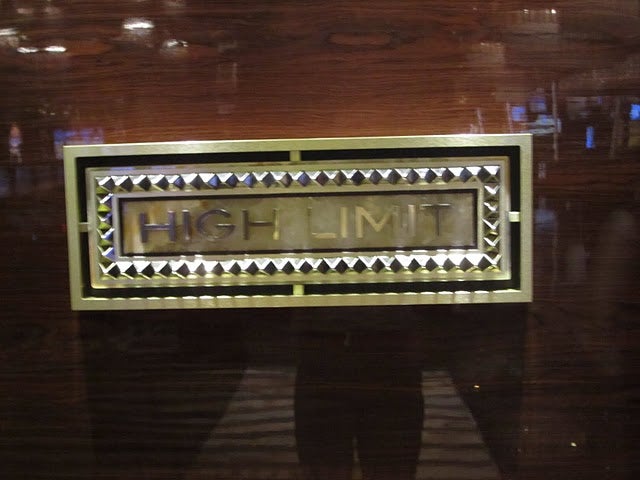 In baccarat, the dealer presents a player with a card to cut the deck before play. Using the cut card, the cheater shields his index finger from view while he brushes the edge of the deck. A camera on his sleeve records the card order. The player leaves the table and passes the camera to an accomplice. The video is slowed down, the card order determined, and the results sent to confederates back at the table. 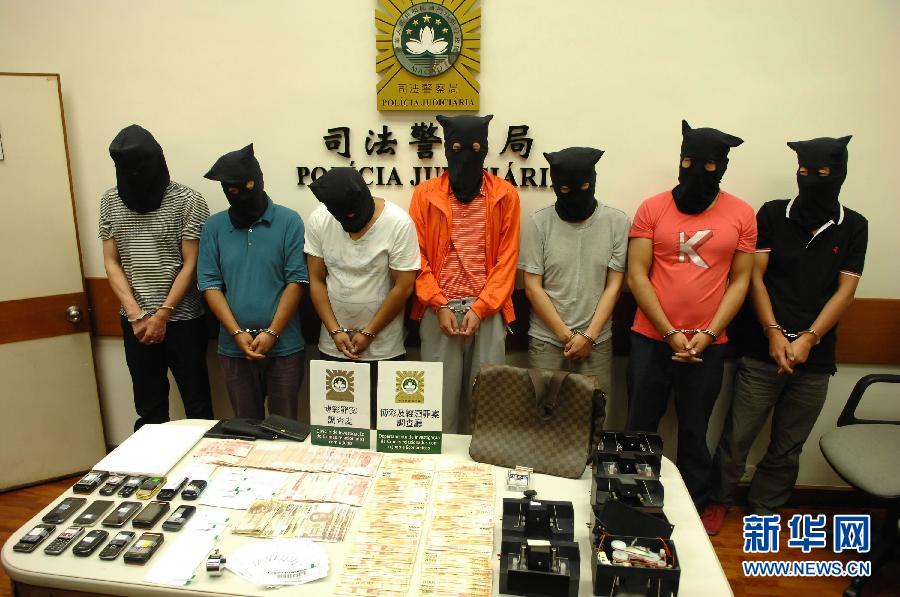 The Macau Police Judiciary busted 7 Chinese nationals in March for cheating unnamed casinos on the island out of the equivalent of $3 million U.S. dollars, by secretly installing mini-cameras and reflective mirrors in automatic card-shufflers at baccarat tables. The camera rig wirelessly beamed video images of card order to a game analyst at an off-site hideout. Determining card order by analyzing the video took 1 to 2 hours, at which time the analyst then sent cheat instructions to accomplices via mobile phone. Casino employees discovered the cameras during routine maintenance in January, with the perpetrators finally arrested in March. Suen Kam-fai of the Macau Judiciary Police told the Hong Kong newspaper The Standard that syndicate members switched the doctored machines into games by using distraction techniques. The Police Judiciary is still investigating whether dealers were complicit in the scam.
Gaming